Torment: Tides of Numenera is rich with an enthralling story 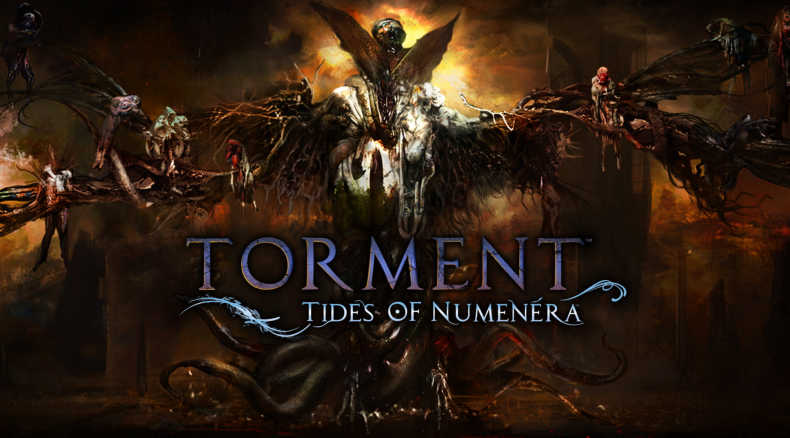 As a veteran and long-time fan of CRPGs, I jumped into Torment: Tides of Numenera with both knees tucked up and expectations high, as is only natural for a spiritual successor to the much beloved game Planetscape: Torment.

After a brief free-fall and and attempt to land in the ocean, my character awoke inside a dream-like world of darkness, where shifting ground guides you from one area of interest to the next. Every section that this otherworldly floor takes you is a small glimpse of a past consciousness or dream wherein you will decide the narration. This builds your in-game persona–as you navigate the scenarios in whichever fashion you see fit, your character will begin to materialise based on your decisions. Like a Myers-Briggs Personality Type test with an interesting narrative and a bit of world-building thrown in. I was morphed into a Clever Nano, who regarded a situation from a safe distance before talking people down with no small amount of wit and guile. Your character’s consciousness is new inside this body and much of the world will be unknown to you, but a ‘reflection’ will be on hand to give you much needed information. You inhabit the discarded body of the Changing God, who habitually transfers its consciousness from one host to the next. This left a blank space for a cast off to awaken it its place. Lurking within this mental construct where you converse nonchalantly with reflections is something more sinister, though. Something called ‘The Sorrow’ hunts you and your reflections, looking to render parts of you obsolete. The prime directive is to stop this entity from achieving its goal and put an end it all of it, so after fending it off for a little while longer, you leave the confines of your mind and venture out into the real world. Your mission: find the Resonance Chamber, reportedly built by your sire, and end The Sorrow’s hold over us.

The only wrinkle with this plan is that the free-falling you do at the very beginning of the game sees you crashing down into a building, breaking the roof and landing on a huge crystal at the centre of a ring of mechanical arms. One thought entered my mind: this is probably the Resonance Chamber. Bugger!

From the moment that I gained consciousness inside the Resonance Chamber where I met Callistege and Aligern, I was enraptured by the Numenera universe. The characters, the stories surrounding these people, the events of my sire’s past, and everything else in between coalesced into a giant ball of richness. To say that Torment: Tides of Numenera was dripping in narrative and dialogue is a sore understatement. Conversations are more than simply what one character is saying to another. You’re fed information about the characters you talk to–nuances in the way they act, move and gesture subtly reveal their deeper personalities and personal characteristics.

Being a conversationalist who selected the Scan Thoughts trait, even more details are given to me throughout a conversation that tells me what the character is thinking. In my opinion, the dialogue in Torment is the most important part of the game–not only does it provide exposition and world building, but it also lets you dig into the situation at hand and work out a solution. This can be achieved in a number of ways: whether it’s by brandishing a sword or whispering a quiet word, there are different avenues to take to get things done.

Avoiding conflict and finding a resolution to situations via conversation is incredibly rewarding because it builds this feeling that you’re navigating a minefield and getting to the other side without loss of resource, or limb for that matter. Your Clever Nano’s abilities are by no means lacking and there is great fun to be found in combat–especially when you execute a perfect strategy and come out of it unscathed–but if you can get what you want through conversation, it suits even better. Unlike the standard CRPGs combat mechanics we know, Tides of Numenera is character turn-based. Each character and enemy is given a turn order through a Crisis (combat), so the challenge is combining attacks and negative effects on enemies while maximising positive effects on your group. Each turn consists of a movement and an action, but you can sacrifice movement to activate an item or buff. Conversely, you can sacrifice an action for extra movement if you need to close (or widen) the gap between yourself and an enemy. This system shouldn’t feel too alien to regular players of the genre, but does add several layers on top of the convention.

Conversation is not just a means of progressing the story or avoiding conflict, because in Tides of Numenera, you can sometimes do this in combat to affect the flow and gain advantages. Groups can sometimes have a clear leader or key pillars that can cause the rest of the combatants to flee or become less of a threat. It’s a level of intricacy that we’ve seen hints of in the past, but Torment nails it. Most surprisingly, death is also a valid tactic. Dying only takes you back inside your mental construct where you can regain composure and head back out into the world again, this time knowing what you’re up against and giving you a chance to tackle an enemy with different tactics.

To summarise, Torment: Tides of Numenera is so much deeper and has a great deal more to offer than can be said in a single preview of the game. It’s rich with an enthralling story, characters that have truly interesting–though not always obvious–personalities and motives, and a freedom to approach situations in a way that fits you. The game borders on a level of excellence that demands attention, something I will give it gladly.