How does the The Legend of Zelda: Breath of the Wild perform on the Wii U? 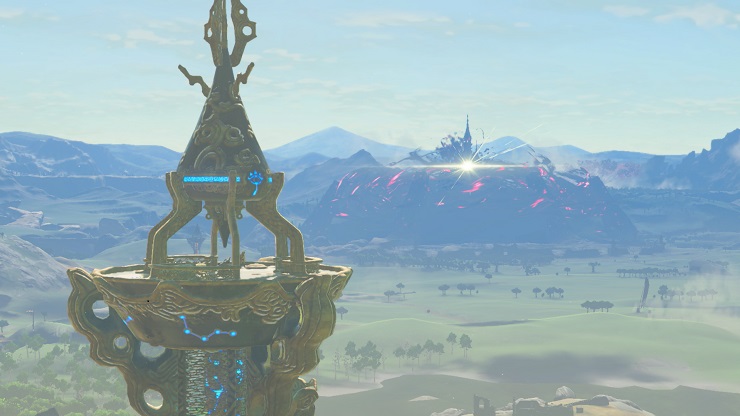 I’ve been exploring the lush meadows and scaling the foreboding mountain tops in The Legend of Zelda: Breath of the Wild for a fair few hours now and I bloody love it. It’s a game that promotes creativity, imagination and spontaneity. It allows the player to truly carve out their own paths and to think for themselves, more than any open world game in recent memory. It’s magnificent.

I may have the new Zelda, but I’m not, in fact, playing it on a new grand-spanking Nintendo Switch. Nope, I’m playing Breath of the Wild the ol’ Wii U.

There’s been lots of talk about how great BOTW is on the Switch, but even there it apparently has some framerate issues. So how, I hear you ask, does it run on Nintendo’s now obsolete console?

Well, pretty well. Surprisingly so, actually, because I’d imagine it’s easily the biggest game to ever grace the Wii U and it’s a small wonder that it’s working on the console at all. In the first area, the Grand Plateau, framerate drops to happen half regularly, especially just outside the area from which you are resurrected. The drops tend to happen for a couple of seconds, and they are intrusive, but they quickly fade from the mind when the goodness soon returns. I found that the Plateau was easily the worst area for frame rate irregularity – still, not that bad – and once you leave the starting area it improves a lot. There is a fair amount of pop in, with trees, foliage and on occasions animals gradually coming into frame as you walker closer towards them. This I found to be a bit subtle though and not that distracting. It grabbed my attention more because I saw something moving in my peripherals rather than something smashing into my face out of nowhere.

The only thing I do wish the Wii U version had was more gamepad functionality. Considering Link basically walks about with a gamepad attached to his waist, I am surprised you can’t access things like your map and inventory just from the gamepad while still playing, but it isn’t a deal breaker.

There was one shrine I entered in which the puzzle was a monkeyball-esque maze puzzle, in which I had to move a maze in order to get a ball through to the other end, and the maze moved via motion controls on the gamepad. I found this to a be a little fiddly with the gamepad not being very responsive. Thankfully I managed to cheese it with some clever thinking, but it was really beginning to get on my nerves.

So it does run really well, and the occasional technical hiccup comes no where near close to ruining the sheer scope and beauty of the majestically crafted Hyrule.

Features, Opinion
The Legend of Zelda: Breath of the WildWii U

MORE LIKE THIS
The Legend of Zelda: Breath of the WildWii U

Six things we want in Breath of the Wild 2

A sequel to The Legend of Zelda: Breath of the Wild is currently in development

Monster Hunter Generations Ultimate and The Legend of Zelda: Breath of the Wild collaboration revealed for launch next month

The Legend of Zelda: Breath of the Wild Version 1.3.3 released with Champion amiibo support and Xenoblade Chronicles 2 quest
Support us on Patreon for exclusive content