Six things we want in Breath of the Wild 2 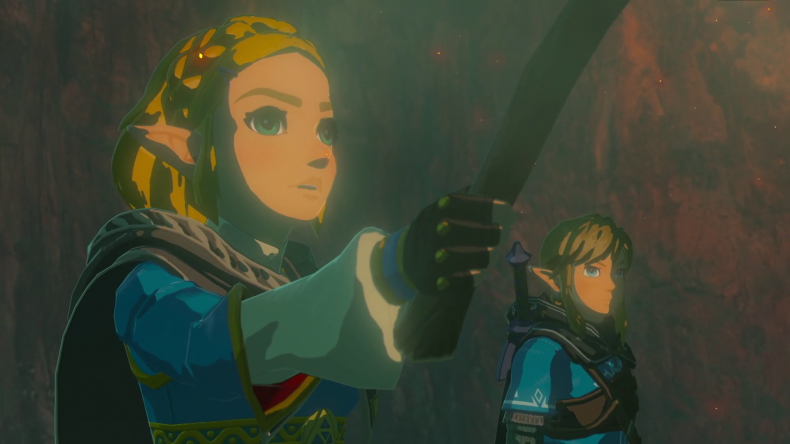 With the surprise announcement during Nintendo’s E3 Direct that we’re getting a fully fledged sequel to The Legend of Zelda: Breath of the Wild, it’s got us thinking about what that could mean. Nintendo doesn’t tend to do direct sequels to its larger franchises, preferring to go for entirely new settings for each new release. We don’t know at this stage whether to expect a straightforward sequel with a few tweaks, like Super Mario Galaxy 2, or more of a spin-off game like Majora’s Mask following Ocarina of Time. Either way, that hasn’t stopped us speculating what we’d like to see in the latest instalment. So here are 6 changes we’d like to see in the Breath of the Wild sequel.

1. More Dungeons
OK, let’s get the obvious one out of the way first. A sequel to Breath of the Wild needs more dungeons. The original had four, that only served to do one thing – make the final boss fight easier. And while contributing towards the ultimate goal of our hero obviously has merit, it felt, well, a little bit disappointing. We’re even happy for Nintendo to play fast and loose with the term “dungeon”. It doesn’t need to be the old trifecta of map, compass and big key followed up with a boss defeated by an item you’ve just looted from a chest. Just a few additional contained areas to explore, be they caves, ruins or whatever, that take us away from the main overworld. And if their purpose could be more than a final boss difficulty setting, that would be great. 2. A story you are a part of
Due to the narrative of Calamity Ganon decimating Hyrule a century before events of Breath of the Wild, it’s hard to shake the feeling that you’re not involved in the most interesting parts of the story. Everything of note has happened before you take control and the main story beats are delivered through flashbacks. Sure, part of the intrigue was piecing together what left Hyrule in the state you find it in after your slumber, but this time around we’d like more involvement than a visual jigsaw to help us out. This needs to be rectified in the sequel. Actions that Link takes (whether linear or otherwise) should impact the world around us and the characters we meet. Ideally we’d like some twist and turns and maybe a couple of surprising story beats that leave an impact on us as the player.

3. A more fleshed out Link
Link has always been a silent protagonist in his games – we’ll ignore the “Excuuuuuuuse me Princess!” from the TV series – and it’s probably too much of a leap to ask for a fully-voiced hero in the sequel. Selective voicing would help particularly in cut-scenes, after Breath of the Wild had some ridiculously awkward moments because Link was silent. But even if the decision was taken to not voice Link for the sequel, they should attempt a broader range of emotions to go with the darker tone of the trailer. And while we’re at it, let’s have a Link character that’s fallible – it made Zelda infinitely more interesting last time out, so extending that to Link would be a refreshing change. Have him make mistakes, have regrets or carry a burden rather than his typecast “perfect Hero” role.

4. Make the weapons a bit more durable
Finding weapons from fallen enemies and using them against them was an element that made the first few hours of the original game truly magical. It amplified the feeling of discovery and rewarded you for trying out different methods to slay your foes. But we all shared the same eye-roll as later in the game became annoyingly focused on weapon micromanagement. You had to juggle between weapons breaking and having to make decisions on whether to swap in new ones you might find as your inventory capacity became full. We’re fine with weapon degradation, but dial it back for the sequel, especially on metal weapons which should be at least a little sturdier than a breadstick in the rain.

5. Give me some items
The Rune Abilities that Link discovers early on in his adventure were actually a bit of a master-stroke in design; providing players with most of their tools upfront and making the scope to use them very broad allowed for lots of experimentation. We’re still in awe at some of the videos online of people using them in combination to achieve absurd feats. However, for the sequel, these abilities will likely be known and need to be built upon. This is where adding items you can find throughout the game could be really interesting. There could be an item that gives you more precision on your bomb throwing over large distances or how about using a hook shot to grapple onto objects that you’ve sent flying using the Stasis ability? There’s definitely scope here without making the well-executed Rune Abilities redundant.

6. Give me a final boss I really want to kill
Perhaps one of the biggest downsides of the narrative of Breath of the Wild is the concept of Calamity Ganon just waiting at Hyrule Castle for you to come and beat him. It’s actually pretty ridiculous. Yes, through the backstory you are told he was a terrible being who slaughtered thousands and decimated a prosperous land. Dormant Guardians hint at the war that he created before your slumber. But for the sequel we want to really hate Ganon and want him to be a villain I can’t wait to put a Master Sword through. He should say and do things that make us detest him, even fear him, so that when we finally reach that encounter we’re as hyped as can be to finally take him down. It should be a climax to everything that has gone before, and the victory should feel like the end of something that is truly terrible. Ganon should be like Joffrey Baratheon but with less childish quips, more ginger hair and an unhealthy Triforce obsession.

So there you have it, there’s our 6 things we want to see in a Breath of the Wild sequel. How about you? Let us know what you think in the comments below.