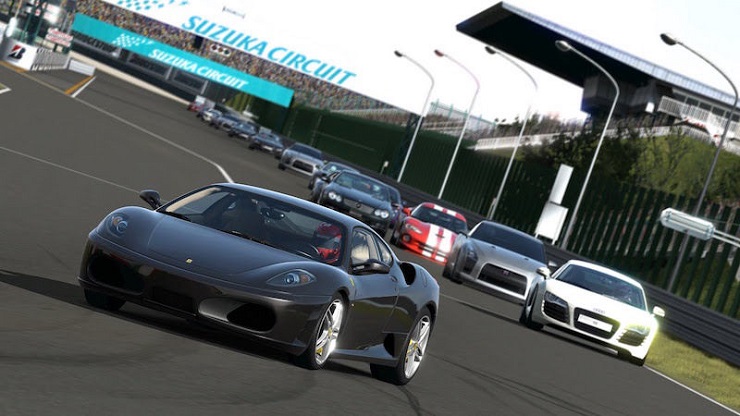 It’s been a while since Gran Turismo 6 arrived on the scene. Over three years, in fact, since its PS3 swansong. It was definitely a step in the right direction for a series that’s been growing ever more stale over the generations, since its debut on the original PlayStation in 1997. The name still sells though, as the figures prove, with Gran Turismo 6 selling over five million copies. That was less than half of GT5’s total sales, but was that due to people getting fatigued with the series, or simply because it released shortly after millions had just switched to the PS4? Well, we’ll never know, because the PS4 port that everyone expected, never actually emerged. Instead, Polyphony Digital decided to embrace the eSports generation, announcing Gran Turismo Sport back in 2015. Originally due for release at the tail end of 2016, it slipped to 2017, and has remained with that vague date ever since.

Here we are in April (yes, I’m aware it’ll be later by the time you read this) and I’ve been playing the Gran Turismo Sport closed beta on PS4. Does this mean that the full release is almost upon us? Who knows, really, but after all the months of silence as the studio worked hard on the game, it’s just nice to know that the game isn’t simply a myth.

Right, I’m trying to be more positive these days, but I have to be objective, and that means the negative points do need addressing. So let’s get those out of the way first, shall we? Let’s start with the sound. Sound has always been a bit iffy in the Gran Turismo games, with engine notes sounding flat and weak (and then there’s the overbearing tyre squeal that plagued the games), and I’m sad to say that Sport’s sound isn’t much of an improvement. Engines do have a bit more grunt, but still don’t sound as meaty as they should, and it really does take something away from the realism on which the series prides itself. A Nissan GT-R doesn’t sound much more powerful than a Renault Megane, for example, despite the game telling you that it’s in a higher power class. Even if you don’t follow motorsport, or know your cars (many players just enjoy racing, much like FIFA/PES fans don’t need to know football inside and out, to enjoy those games), the game itself tells you they should sound different. The tyre squealing is mercifully absent, thankfully.

Bizarrely though, the tyre squeal’s low volume is now too low (yeah, I know I was just complaining about that sound, but bear with me on this). This combines with another issue, to create something more problematic: a disconnect between player and vehicle. Gran Turismo’s handling has always been good, despite some weight issues that we’ll come back to in a minute, but there is an odd looseness to GT Sport’s handling that I simply don’t understand. Perhaps it’s a feedback thing, as the rumble feature feels extremely weak and so you can’t really feel what’s going on beneath your wheels, unlike most other racing sims. Without the direct feel of what your car is doing, that missing tyre squeal means that you can’t even rely on the sound to help you figure out if you’re about to do a 180. This is a major issue that needs addressing.

As for that weight issue I mentioned, the Gran Turismo games have always seemed to struggle with its cars being too heavy. They wouldn’t bounce over high curbs like they should, and jumps were almost nonexistent until GT6, but Sport seems to be in the process of trying to rectify this. It’s not perfect yet, thanks to the controls being ever-so-slightly too sensitive (even after fiddling with the sensitivity settings), but it’s certainly another step in the right direction. Chucking a Ford Focus ST over the curbs of Dragontrail Seaside’s quick chicanes is remarkably fun and bouncy, as long as you’re careful not to misjudge your entry speed. Again though, the disconnect I mentioned earlier can cause problems here, but persevering through that does sometimes yield some fun results. The actual racing can certainly be great fun, thanks largely to the way Gran Turismo Sport handles its matchmaking. Drawing from two separate features, the beta matches you with players of a similar speed and play style, depending on your qualifying time (from which the game decides your Driver Rating, governing which speed group you fall into) and how well you stick to the tracks during the actual racing. This is where the new Sportsmanship Rating comes into effect. Much like the system Grid 2 tried to implement, with varying degrees of success, Gran Turismo Sport watches how you drive; trading paint with opponents will lower your rating, as will leaving the track, but be more thoughtful about your approach to battling for position and your rating will improve. It’s certainly not perfect, as being shunted off the track by an overly aggressive opponent will actually see your own SR drop as a result, because the game takes exception to you leaving the track. But hey, that’s what a beta is for, right? Hopefully these issues will be ironed out for the full release.

The great thing about the DR/SR combination determining who you race against, is that you’ll likely end up in a much more competitive group as a result. This should keep the game’s online populated and happy, with races no longer matching you against someone way ahead of everyone else, or against silly folk that enjoy nothing more than causing crashes on the first corner. Or any part of the track, quite frankly. Nobody enjoys it when races get ugly.

Ugly isn’t the word I’d use to describe Gran Turismo Sport’s visuals, mind. It still has that slightly-too-clinical look to everything, but the level of detail is astonishing. Obviously, an extraordinary amount of time has been put into creating each vehicle, and the way the light bounces off them is nothing short of spectacular. The lighting in general is gorgeous, really, with rays piercing the treeline beside the winding asphalt of Brands Hatch, or when the sunlight twinkles on the water in the bay at the Dragontrail Seaside circuit. There’s a lot happening beside the track, too, with crowds being nicely detailed (for a change) and even the officials are animated properly, leaning over barriers to wave their coloured flags at the appropriate moments. The attention to detail is amazing, and everything still runs at the silky smooth sixty frames per second for which the series is known. But, and I’m sorry to turn negative again, it all still feels a little too familiar. Although this isn’t the port of Gran Turismo 6 that most of us expected, it might as well be. GT Sport really doesn’t feel particularly different from its PS3 predecessor, and I’m not sure that that’s enough anymore. It still feels a little stale and boring, especially in the wake of games like Project CARS, Dirt Rally, F1 2016 and the two Forza series, but there is still time for many of the problems to be fixed before release. Possibly because it doesn’t actually have a release date yet. Plus, this beta doesn’t take into account whatever leaps Polyphony Digital may have made in the AI for the single player side of the game, or how it may have made its career mode more exciting.

There are positives and negatives coming out of this closed beta, but it does point towards a game that may finally succeed in getting online multiplayer right. Let’s hope it doesn’t get everything else wrong in the process.