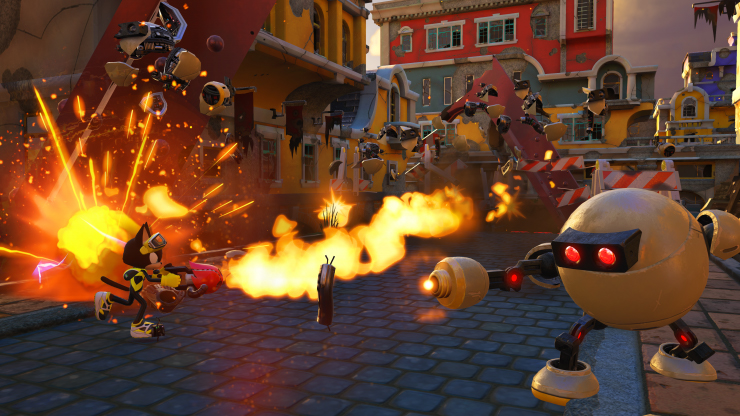 Players in Sonic Forces can create their own hero character in Forces. This customization extends to both look and play style. This gameplay style is the third one revealed for Sonic Forces after Modern and Classic Sonic. You can equip your characters with gadgets called Wispons that are an evolution of Color Powers from SOnic Colors. Here’s the custom hero trailer:

The hero character will also have a grappling hook and you can tweak the look of the hero by swapping through hundreds of outfits and accessories. The customization begins with choosing a base animal type. The following are available and each has their own unique trait:

Watch the gameplay footage below:

Sonic Forces will release this Holiday season on PlayStation 4, Nintendo Switch, Xbox One, and PC.