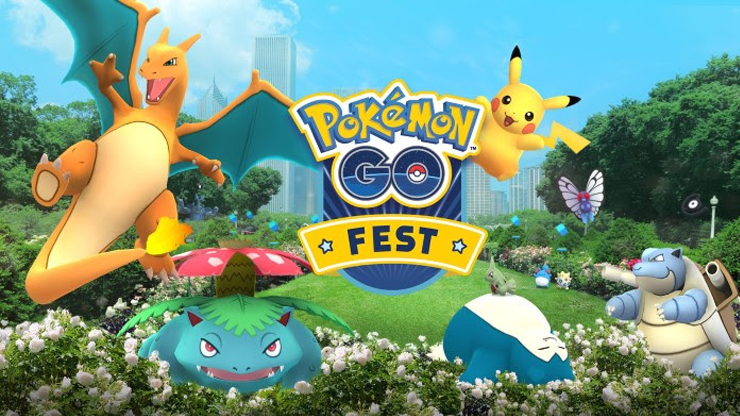 Niantic just announced in game and real world events to celebrate a year of exploration in Pokémon GO.

Pokémon GO’s new events will bring trainers together in game and in the real world beginning with the Pokémon GO Fest. This is the first live event for Pokémon GO organized by Niantic and here’s what John Hanke, CEO of Niantic, had to say:

“It’s been an incredible first year for Pokémon GO thanks to the passion and dedication from the global Trainer community. As part of the first anniversary, we’ll be giving players around the world the chance to enjoy fun in-game events, engage with friends and other Trainers at real-world events, and much more.”

This fest will be hosted in Chicago and take place on July 22. It will let players meet each other and tickets go on sale on June 19 here. In Europe, celebrations will take place from June until September in partnership with Unibail Rodamco shopping centers. Japanese fans can partake in a Pikachu Outbreak in Yokohama that will take place in Japan.

The first in game event will take place from June 13 at 1 PM PDT until June 20 where trainers will have increased encounter rates for Fire and Ice type Pokémon.

Pokémon GO is available on iOS and Android.

Ditto will reveal itself in Pokémon GO trolling you

Head to GAME to collect the mythical Pokémon Genesect on 3DS