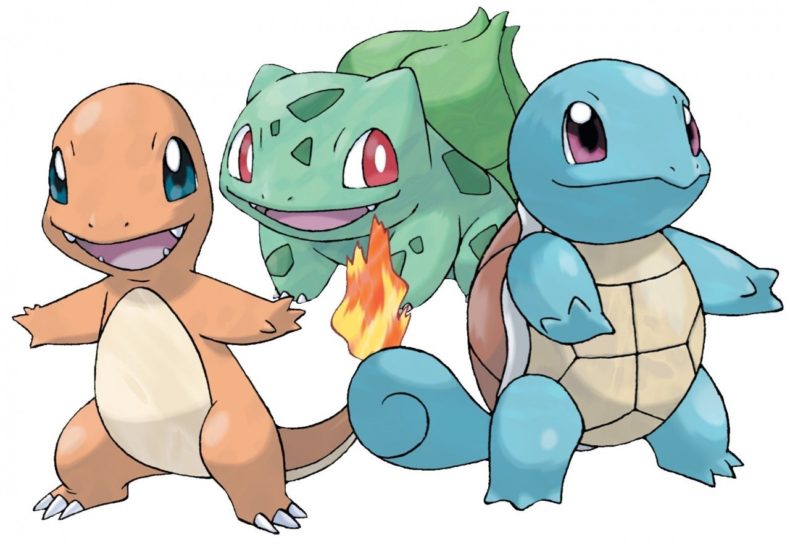 With only a couple of weeks until Pokemon Legends: Arceus at the time of writing, Pokemon fever has fully taken over all my senses. I can’t think of anything except the adorable monsters I’ll be forcing into combat soon, and that means I’ve been asking myself the big questions. Which Pokemon would I most want to own in real life? Which Pokemon game is my favourite? Who should play Ash in a live action Pokemon movie? All of these are extremely important questions to spend hours thinking about, but none of them are quite as critical as deciding on the top ten starter Pokemon of all time.

In Pokemon Legends: Arceus, three starter pokemon from different prior games will be the options you have for your first monster of the game. It may not seem like a huge difference, but it’s a small twist that I find really interesting. Before this month is over, new and returning trainers will be picking between Cyndaquil, Oshawott and Rowlett, and for many it won’t be an easy choice.

We all remember that crucial moment. Starting up our very first Pokemon game and facing the toughest decision a 10 year old can imagine. Three Pokeballs lie on a table, and somehow you have to choose which enclosed critter will accompany you for the next thirty hours. Every one of these special monsters have captured the hearts of millions of gamers young and old, and I have decided to take on the gargantuan task of choosing the ten best. 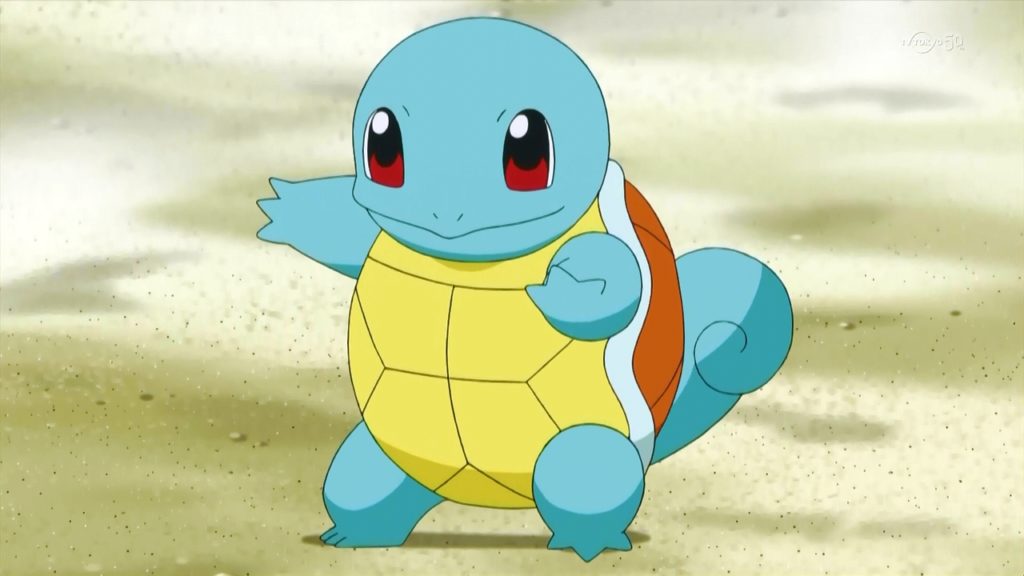 Okay I know this is probably the position that will upset the most people, but I personally don’t think Squirtle is god’s gift to Pokemon. With a cheeky personality in the anime and a badass cannon firing evolved form in Blastoise however, it does still deserve a place on this list. Any starter Pokemon from Red and Blue is going to set off all of the 90s kids nostalgia glands though, and it’s hard to deny that this water turtle is an iconic Pokemon that has stood the test of time. 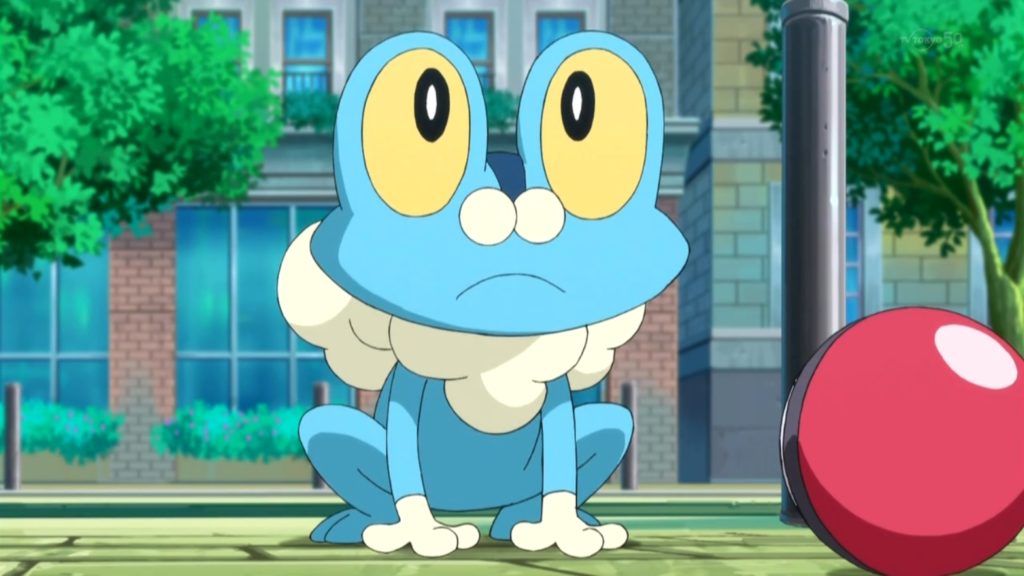 The most modern Pokemon on this list, Froakie took the Pokemon world by storm in X and Y thanks to its fantastic combination of the humble frog and a badass ninja. The evolved form of Greninja was so popular that it made its way into Super Smash Bros, happily flinging its water shuriken at all your favourite Nintendo characters. With a glorious Water/Dark typing when fully evolved, choosing yourself a Froakie simply made playing through the fantastic X and Y even better. 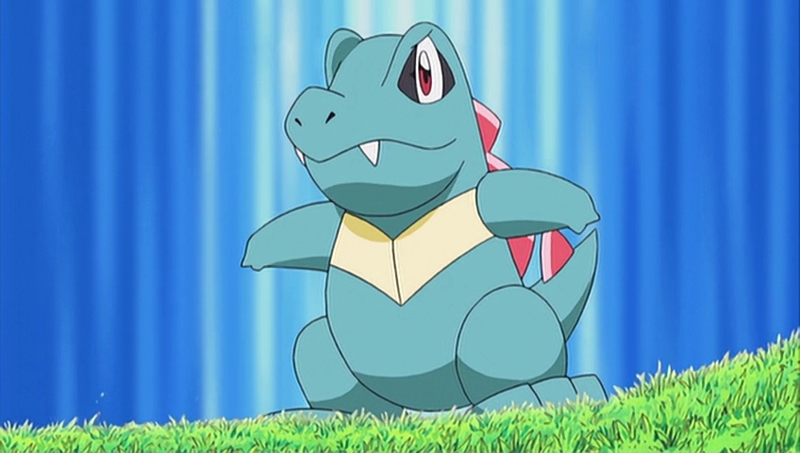 The fact that Gamefreak was able to create a crocodile as intensely adorable as Totodile absolutely astounds me. This happy little Water type doesn’t stay cute for long though, and before you know it the ferocious Feraligatr will be tearing through Team Rocket faster than you can say “lunch time”. With a plethora of water moves and some handy biting abilities, I was always happy to have a Totodile with me. If Gold and Silver hadn’t had such fantastic starter Pokemon, I’d never have left New Bark town without this toothy cutey. 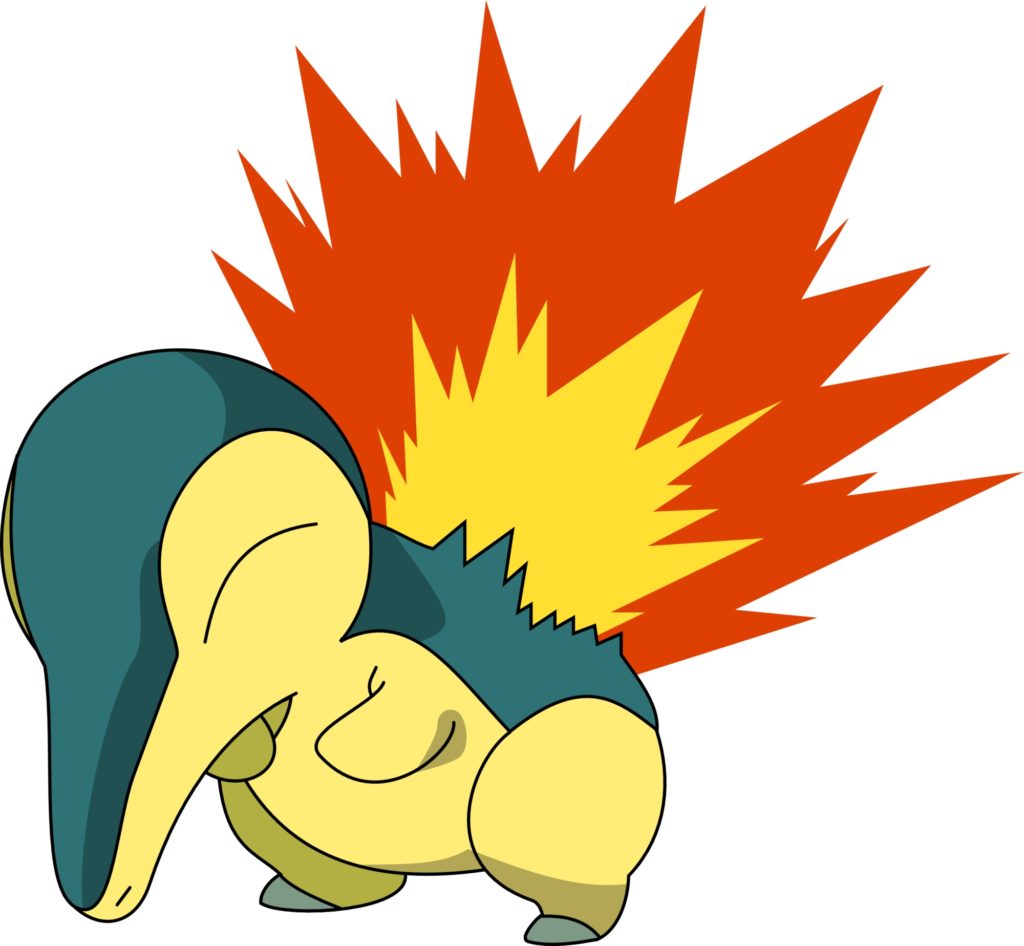 One of the reasons I didn’t always choose Totodile back in Gen 2 was because of this lovable flaming echidna/porcupine hybrid. This pure fire type doesn’t do anything too exciting from a moveset standpoint, but I just love how it looks all the way from a defenseless little shrew to an imposing Typhlosion. If you love your fire types and are starting Gold, Silver or Crystal, you’ll be more than satisfied with this hot option. 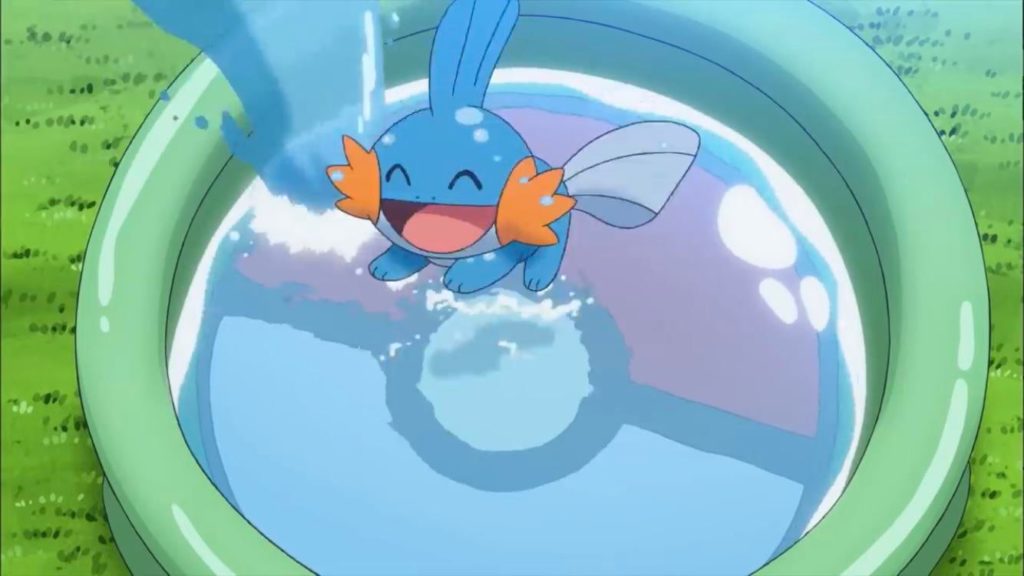 So, I heard you like Mudkips? Before becoming an early internet meme, Mudkip was a fantastic choice for a Gen 3 starter. Mud fish might not be my first choice when I think of appealing animals to take inspiration from, but Mudkip makes it work. With one of my favourite type combinations in Water/Ground and access to all manner of powerful moves, there are very few Pokemon I’d rather have in my team. 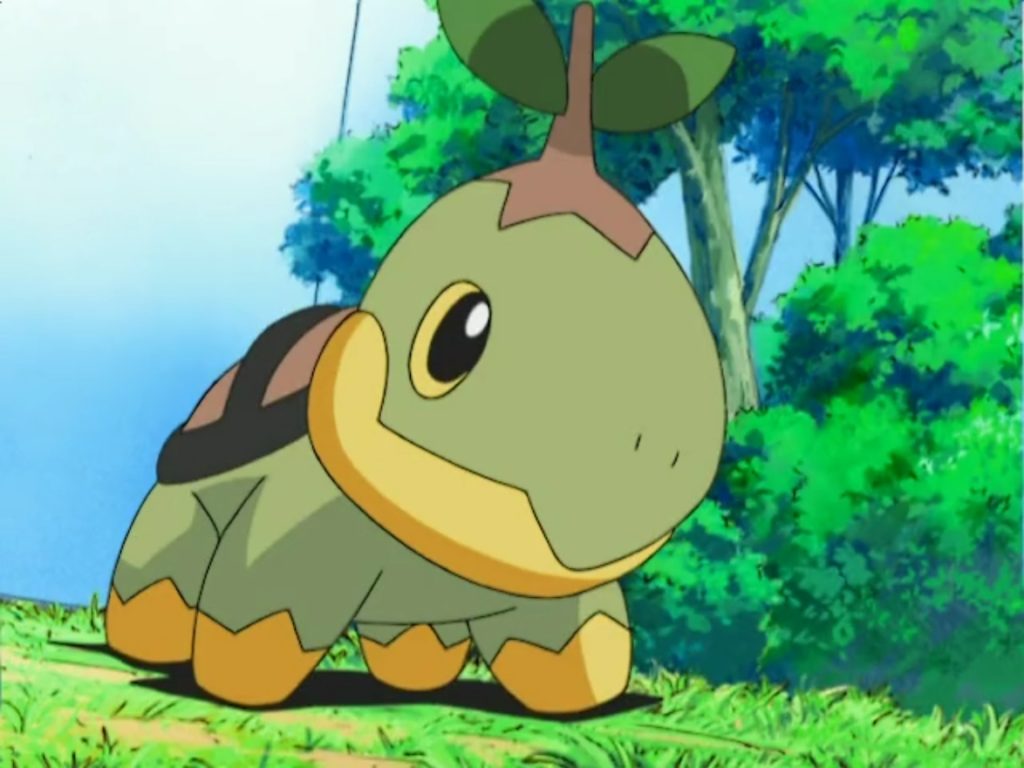 The first grass type starter of the list comes in hard with this bulky buddy. Turtwig is a defensive powerhouse, combining grass and ground to surprise any pesky fire foes who think they have the advantage. If you bought Brilliant Diamond or Shining Pearl and didn’t grab yourself a turtle with a leaf on its head, I personally think you made the wrong decision. 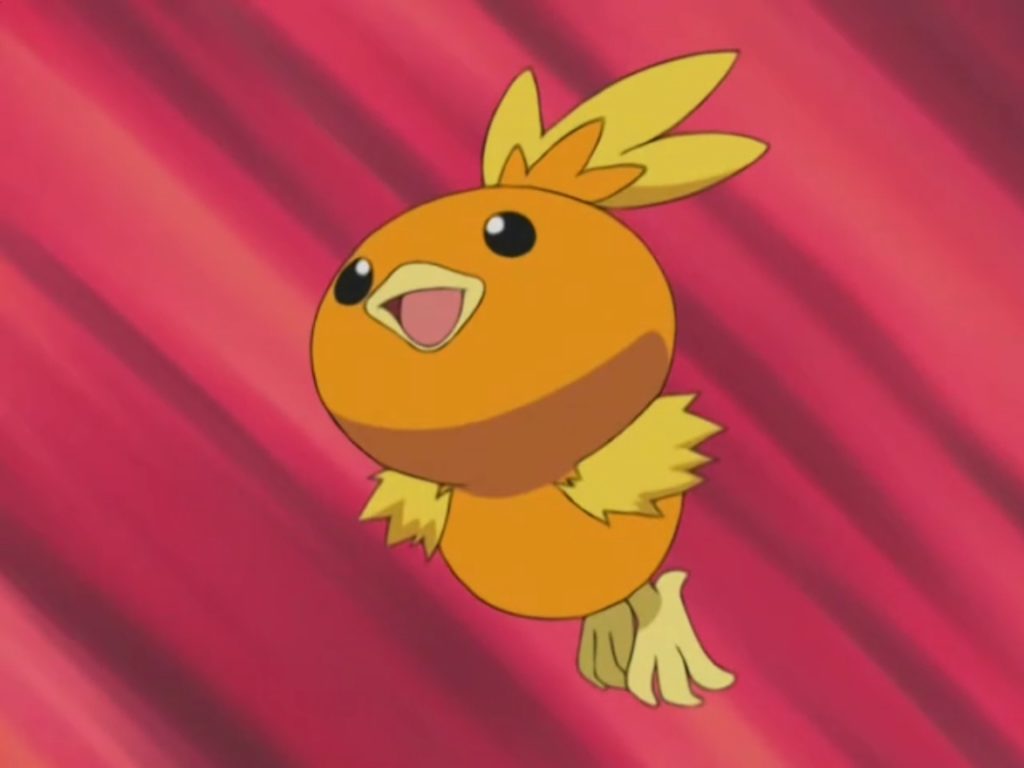 This tiny bird may look innocent enough, but it’s anything but a liability when it comes to battle. Don’t expect a majestic flying type when it evolves though, as this bird grows up wearing some massive flares and is ready to kick the stuffing out of anything in its way. In a game full of some seriously sluggish fire Pokemon (including a literal slug)  having a blazing fast Blaziken by your side can be a real asset. 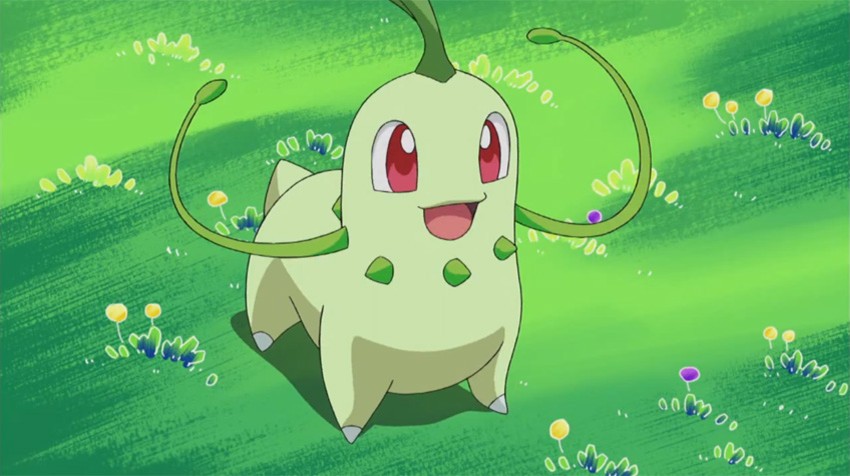 Possibly the most adorable Pokemon on this whole list, this lovable grass type starter is a delight to train. Once evolved it may look like a gentle giant, but with access to lots of status inflicting moves and healing most Mon will struggle to take it down. If the idea of a happy plant dinosaur isn’t doesn’t make you immediately jump on Chikorita in Gen 2, I just don’t know how we can be friends. 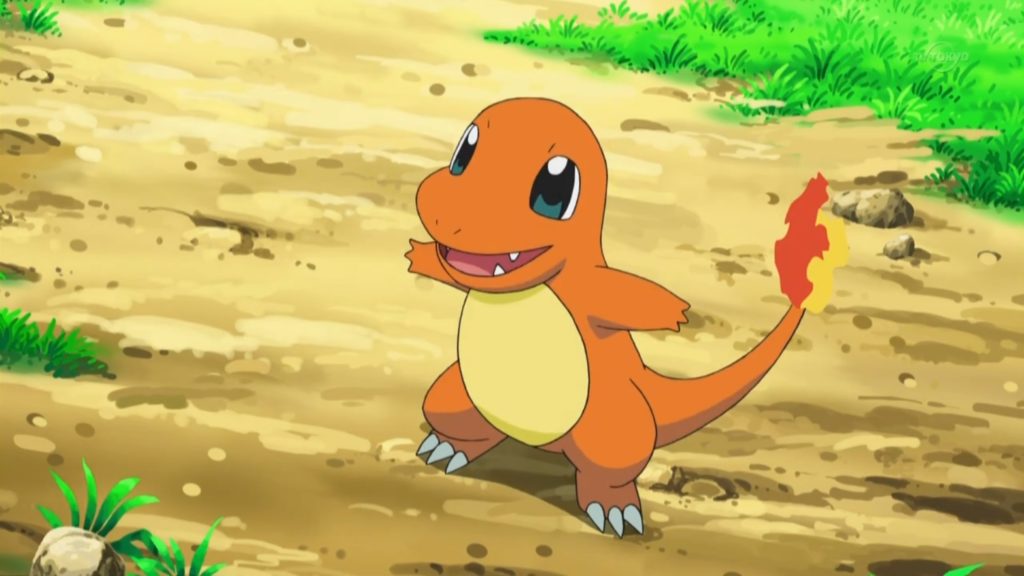 Probably the most popular starter Pokemon of all time, with good reason. Charmander just has a timeless design, from its beginning as an adorable little flame-tailed dinosaur all the way to the massive winged lizard it becomes. Access to fire and flying moves gives it plenty of options for a variety of foes, and being able to use the HM Fly was a god send in the early games. Charmander and its evolutionary line are just undeniably cool, and if you haven’t ever dreamt of flying on the back of a Charizard you might be dead inside. 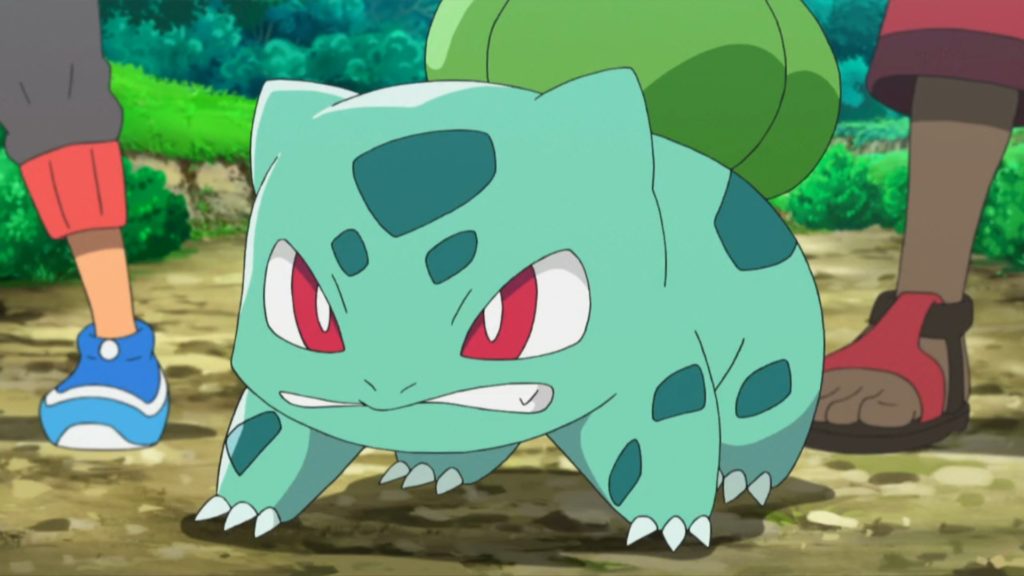 You never forget your first, and Bulbasaur was mine. With a bulb on its back and a mischievous grin, it didn’t take me long to decide that my very first Pokemon was going to be this Grass/Poison powerhouse. I never once regretted my decision, especially because in Red and Blue most starter Pokemon didn’t demand much in the way of strategy. While Charmander and Squirtle were firing increasingly large jets of flames and water at each other, my Bulbasaur was taking advantage of status effects and health draining seeds to wear down the toughest opponents. As time has gone by, the poison typing of Bulbasaur and its evolved forms has only gotten better thanks to the addition of fairy types that can’t handle the toxicity. It may not be the most popular choice, but to me Bulbasaur will probably always be the greatest starter Pokemon of all time.