previous
Horizon Lunar Colony is now live in Overwatch on all platforms
random
next
SEGA Forever announced for mobile, get ready to time travel
0 comments

Snake Pass patch for Nintendo Switch and other platforms is out 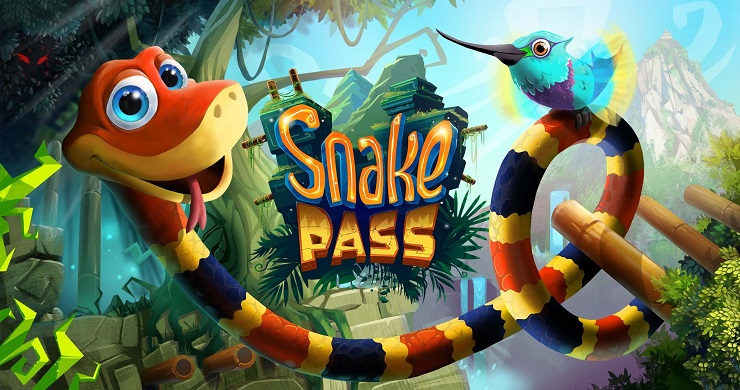 Sumo Digital has patched Snake Pass on all platforms.

The patch brings online leaderboard support for Nintendo Switch with time trials. The PC version now supports Razer Chroma Keyboards and has a 4K UI fix. Every platform sees improvements. Here are the full patch notes across platforms for version 1.2.0:

TIME TRIAL AND LEADERBOARDS: Time Trial mode is now available for Nintendo Switch players. Battle it out against friends to see who can make it to the top of the leader boards with the quickest time

RAZER CHROMA: support for Razer Chroma Keyboards has been added

4K UI: fixed a bug where the UI was not displaying correctly on 4k monitors for PC players

STEAM: Steam version now sets to the language that Steam is set to rather than the OS of the PC

TAIL GRAB: fixed a bug where Tail Grab was unreliable

TIME TRIAL: fixed a TT exploit where players could get a time of zero

TIME TRIAL: fixed an issue in Time Trial where some players could not complete the level

TIME TRIAL: fixed an issue in Time Trial that prevented the timer from not displaying correctly

LEVEL 11: fixed an issue where the ball would activate incorrectly for some players

QUETZALCOATL ACHIEVEMENT: fixed an issue with Quetzalcoatl not triggering correctly for some players. If players have previously reached the requirements, playing a level without dying again should trigger the achievement.

CAMERA: fixed an issue where the camera did not move as fast as intended

LEVEL 9: fixed an issue where the camera would not move for some players making the level unplayable

TAIL GRAB: fixed an issue where Noodle would move faster than intended while Doodle was holding his tail

Snake Pass is available on PlayStation 4, Nintendo Switch, Xbox One, and PC.