My time as a gofer boy in Final Fantasy XII: The Zodiac Age 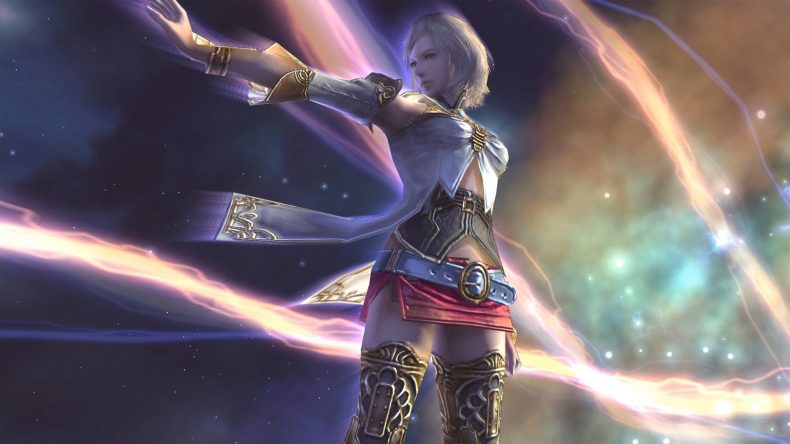 I have to admit that I didn’t really play Final Fantasy XII when it first came out, this is despite the fact I bought the game and the special edition of the Piggyback guide. There was just too much else to play, and other things to do. But now, I’ve been playing Final Fantasy XII: The Zodiac Age for a while and I’m confident in saying that I’m enjoying it immensely. While this wasn’t a bad looking game before, it’s obvious that the HD remaster has helped immensely. Geometry is smoother, face and clothing detail greater and it helps show off the locations.

The game starts with a Metal Gear Solid 2 style bait and switch, in where you control Reks, a young man with a small squad of soldiers as they infiltrate a castle to rescue their king. Needless to say, things happen and before long you’re whisked away to fill the boots of Reks’ younger brother Vann, the white haired shirtless boy wearing one of John Virgo’s waistcoats on most of the promo art. Questionable attire isn’t limited solely to Vaan. English pirate rogue Balthier has a thing for frilly cuffs and cravats like Lawrence Llewellyn Bowen, while his partner-in-crime Fran the Viera (not the Arsenal midfielder) struts around in a bodice and stilettos that wouldn’t be seen out of place in Bayonetta’s wardrobe, but she lacks the sheer destructive power of Bayo’s luscious locks.

Anyway, up pops Vaan, in a sewer, killing rats, a bit of a step down from killing knights with Reks. After successfully dispatching the rodents I’ve got to go and see Migelo, a large reptilian humanoid called a bangaa. Despite running a shop, Bangaa looks out for the orphans in the city of Rabanastra and also has them run odd jobs for him. It must be handy having a ready and willing bunch of kids to do your chores for you, even if they are unreliable and keep going missing. Speaking of which, my errands this time is to find Kytes, another errand boy who has taken it upon himself to not be speedy with his task. But where would you find a young boy in a bustling city? Turns out, he’s in the pub…of course eyeing up a board full of requests to kill monsters, sounds like a good job for Vaan the rat destroyer. I mean, how much harder than rats be than what lies out in the desert? Kytes seen to and sent back to Migelo, I’ve now got to go and stop a monster that’s preventing deliveries from reaching the pub and, well, it’s a tomato. I mean, I get that the people making courier runs aren’t warriors, and I wouldn’t expect a delivery boy over here in Blighty to deliver a package while being harassed by a seagull, but in a world populated with monsters, you’d expect travelling merchants or couriers to either travel with a heavy or be handy with a sword.

Regardless, this piling up of duties makes up the majority of the early time with FFXII, it’s a series of gofer tasks with the overall aim being to teach you what the game wants you to do and thankfully it’s short enough to not wear out its welcome before you get down into the nitty gritty, and the story actually starts to trundle on. My review is still to come, but I’m loving this and have no idea why I didn’t persevere with the game the first time around. Yes it’s from the PS2 era and yes it’s another HD upgrade of an old game, but for people like myself, this is a remaster job that we needed.

A lover, not a fighter and an all round good guy (he would say that, he wrote this after all), he's happy to be here as part of GIAG.
MORE LIKE THIS
Final Fantasy XII The Zodiac Age

Dive back into Ivalice with launch of Final Fantasy XII