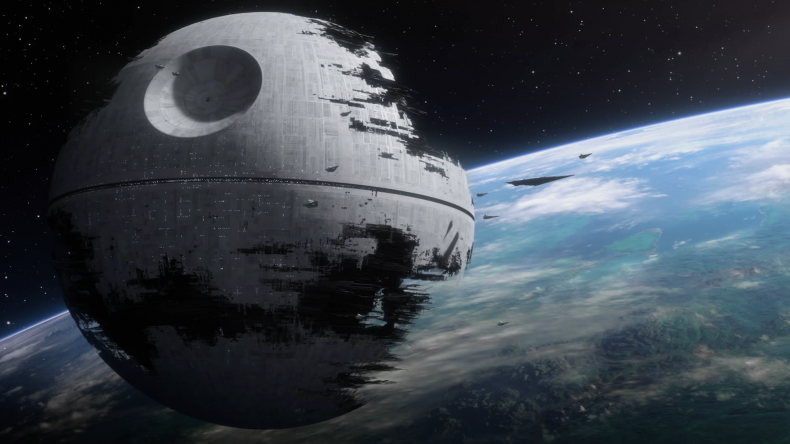 When Star Wars Battlefront released back in 2015 there were a few criticisms levied at it that it didn’t contain a single player element. With the announcement of Battlefront II and subsequent trailers we can now look forward to a single player campaign. I was invited to attend a preview event in London last week to take a sneak peak at the first few missions of the brand new campaign.

Before we got chance to play the preview, we met with Mitch Dyer, the writer of the original story that will feature in Battlefront II, and Chris Matthews, Art Director, both from EA Motive. Chris talked briefly of what he called the “three pillars” they have built the campaign upon: Trooper; Pilot and Hero which all have their own fantasies attached to them. The preview would show all three of these examples to really give a feel for what we can expect when the game releases next month.

Mitch then took over and explained that the premise for the story Battlefront II will tell was based on the idea of the biggest struggle the Imperial forces have ever experienced – the destruction of the Death Star by the rebels on the forest moon of Endor. The preview allowed us to play through the first few chapters of the game, a prologue called The Cleaner which focused on Iden Versio and her escape from a rebel ship, The Battle for Endor and The Dauntless.

Each chapter was significantly different to the previous one. The Cleaner sees Iden sneaking and battling her way through the narrow confines of the Rebel ship with the help of a nifty little droid that can stun enemies and open doors, while the mission on Endor is much larger in scope with opportunities to attack each storied objective in a variety of ways. I liked what I saw in the Endor mission; it had a feeling of a larger playground where you have multiple options to proceed, for example sneaking past a group of scouting rebels, or picking them off one by one by sniping them from afar, or even just going in guns blazing and wiping them out with a rocket launcher.

It was clear from playing that the single player campaign is seeding much of what will be expected if players go into the multiplayer element with star card abilities that unlock as you progress. Like the beta that was recently available to play, you can switch out Iden’s abilities with different ones depending on how you wish to approach each situation, possibly opening up the campaign for repeated play to try out different loadouts and skills. The mission ends with a fairly challenging firefight and you and your squad escaping the moon via some TIE fighters conveniently lying around and launching into space only to have to navigate through the wreckage of the recently destroyed Death Star.

The Dauntless mission is a pure space mission seeing you weaving around fighting off rebel ships and carrying out various objectives – again a feeling that the campaign is teaching you the requirements to be successful in the revamped Starfighter Assault that features as one of the multiplayer modes.

The AI seems pretty competent. For the purposes of the preview I was only playing on the default “Soldier” mode, and on Endor in particular the AI flanked and on some occasions got behind me. This wasn’t quite so obvious on the prologue mission as that sees you fighting through narrow corridors, and the enemies seem to line up a little too much, meaning you can make short work of them.

I liked what I saw of the campaign, there were some exciting moments in each chapter and there was a nice variation of objectives and means to carry them out. The shooting feels good, and Iden really feels like the capable, seasoned leader she is supposed to be.

I think the key focus for me will be how the story is handled, telling a tale from what is effectively the “baddies” point of view will be interesting, particularly as the story is focused so heavily on the Empire’s most crushing defeat. I am keen to understand whether we are expected to sympathise with Iden and her Inferno Squad, or whether we will see a side to Iden that begins to question the orders she has been given. Some of the dialogue throughout the preview seemed to suggest she is a character who has a certain nobility to her, an ethical code perhaps that means that she doesn’t follow orders with unquestioning loyalty.

The events on Endor mean that the Empire is currently rudderless, the Emperor is dead as too is his apprentice Vader and the biggest symbol of the power and might of the Empire has just been blown to smithereens by small a band of rebels and some cuddly toys. Iden Versio doesn’t strike me as a character who will fill the void exactly, but she is certainly a very capable soldier and I am keen to see where her story takes us.

Likes to shoot stuff and wear pretty shoes. Is a BEAST at Titanfall.
MORE LIKE THIS
Star Wars Battlefront 2