previous
15 minutes of A Hat in Time gameplay
random
next
Ubisoft Berlin will open in Early 2018, collaborate on Far Cry series
0 comments

Russian Subway Dogs is coming to PS4 and Vita in 2018 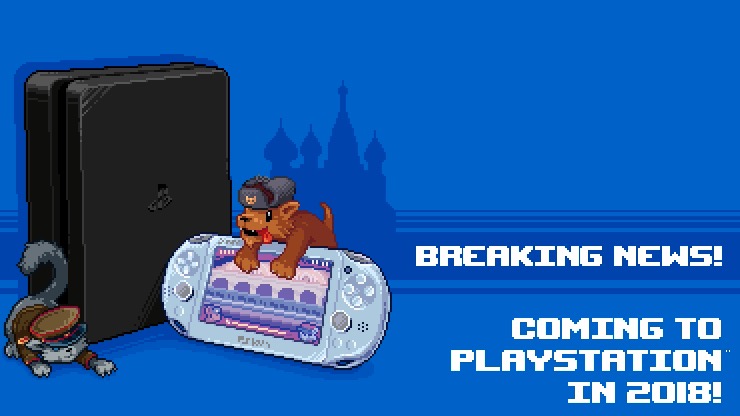 Russian Subway Dogs is coming to PS4 and Vita in addition to PC.

Russian Subway Dogs is an action arcade game where you eat shawarma, bark at vodka, and more in the Moscow metro. It features fast paced gameplay and features various special guests like the Rad Shiba from VA-11 HALL-A. Watch the PlayStation announcement trailer below:

It will be playable at PSX at booth 13.

Opinion: PlayStation has come Full Circle for me