previous
Fortnite on Mobile: Everything you need to know
random
next
No No Kuni 2: Revenant Kingdom Pre-review
0 comments 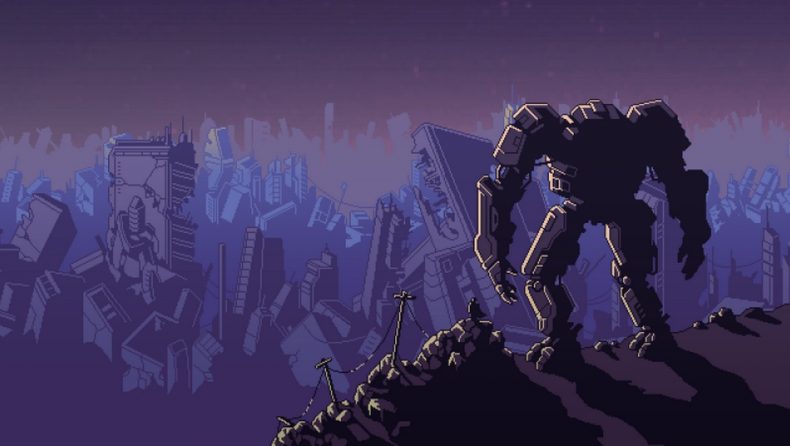 I want you to think of a time when you know you’ve won a game, and your opponent hasn’t realised it yet. That moment, where you’re full of smug self-satisfaction because you know there’s an inevitability to the outcome, that becomes all the sweeter as it dawns on your adversary. Or better yet, they never see it coming and then your victory comes from nowhere.

Now, was that moment in a video game? For some it could be, but chances are you’re thinking of a board game or card game as your winning scenario where you know you’ve definitely got the upper hand. That’s not necessarily a problem, video games don’t have to be the answer to everything, but let’s just go back to how it felt for a moment. It’s an undeniably good feeling to win, but it feels special if to get there, you had to truly outsmart your opponent, if your planned strategy or game-plan has ultimately worked. It plays on our ego a little, and our desire to overcome odds by weighing them up and planning ahead. These days, because of the general direction of video games, such forward planning isn’t possible or practical in most PvP situations. Popular titles that pitch player against player are much more fast-paced, and victory tends to come more through practice, experience, and ultimately reflexes, than upfront planning or strategy. Sure you need a plan of attack in FPS games like Fortnite or Overwatch otherwise you’d be dead within seconds, and its wise to have an approach in your head when tackling PvP in a SoulsBorne game too, otherwise all too often you’ll be countered and be stabbed in the back before you can say “Praise The Sun”. But in either of these examples, being flexible and adaptable to changing situations, is what wins the day. So many variables can happen in the moment, that the best laid plans don’t often work, and ultimately its experience and skill that wins the day. And that’s OK, there’s a lot of joy to be had by learning a game’s mechanics and using them to your advantage to win.

But what Into The Breach – the new game from Subset Games – gives us, is an opportunity to experience that smug feeling we spoke of at the start instead, and does so by pitching us against AI rather than each other. The format of the game, being an isometric, strategy game where you and the AI take turns to destroy each other, lends itself perfectly to proactively formulating plans, and second guessing the progression of the duel. It gives you just enough information to narrow down the variables, so planning is possible and concentration is rewarded. A key aspect of the game is that it will openly tell you how the enemy will react on its next turn, making your turn all about countering that threat. And when you successfully counter with minimum damage to your team, then those endorphins come flooding in and that smug grin makes a return.

The most pleasing thing though is how it balances the challenge within the game. You might be thinking it feels a bit easy and cheap if it’s AI you’re competing with rather than a human AND it literally tells you what’s coming, where’s the challenge or sense of accomplishment in overcoming that? Well because you only control 3 crew members, that are limited by movement on a grid and they each have a pre-defined set of abilities, there is only so much available to you. But this restriction is where careful thought and planning win over, because you know the odds aren’t stacked in your favour at any point. For context this is very likely to be a game you turn down the difficulty on to get started, to learn how to effectively strategise. I know I did, and I know I’m not alone at GodisaGeek either. What this adds up to is an experience that actually makes playing against AI rewarding and enjoyable. Unlike traditional AI challenges in games, such a PvE experiences, you can’t trick Into The Breach, or cheese a strategy, or make use of an unintended glitch. There’s very little to glitch about a 8×8 grid, and also the game doesn’t let you test ideas either. It gives you one reset turn option in each fight in case you make a mistake, but other than that your decisions are final. So if you lose a crew member, you lose them, and don’t think that a hard reset is going to help you undo your mistakes, it doesn’t, your actions are saved and locked in (trust me I’ve tried). Therefore, success in Into The Breach really can only be achieved through careful planning and execution, there is no work around. And that’s the main reason why it succeeds at hitting that sweet spot and generating such a buzz inside you when you prevail, despite you being pitched against AI.

So give Into The Breach a try, and what you’ll find is an alternative type of challenge that rewards you with a joy you don’t often experience with video games. A feeling that intuitively feels like it shouldn’t be allowed in a game solely against AI, mainly because in other games it can feel easy to manipulate your situation and cheat your way to the win. But the stripped back nature of this game means only true planning and strategy will win the day. And as such, winning feels great and leaves you feeling smug. Sure there are no Chicken Dinners on offer here for victory, but that feeling you do get can be just as tasty

Features, Opinion
Into the Breach

Into the Breach Review