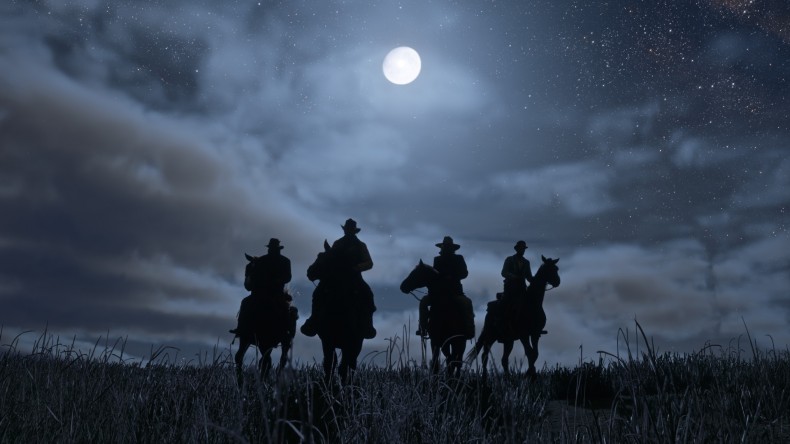 In years gone by, I would have opened the article (the traditional final one of the year) by commenting on the year we’re leaving behind. Truth be told, I can only lament 2018 with displeasure, because while my personal life has been good for most of it, I’ve never felt such foreboding dread about the world we live in – how can people be so callous? Ending the year with a car crash and having to fork out for a new car has left me fairly fed up, I won’t lie to you, but it was a comment about my new car that truly got to me. Not a negative one, in fact, a helpful one that suggested I should buy a dash cam to help if it ever happened again.

I overthink things: that’s just me. But that left me with my metaphorical head in my hands. If we can’t trust one another… if we can’t believe that sometimes people will do the decent thing and be honest, be caring, then there’s nothing left for us on Planet Earth. I have to believe that 2019 will be better. I have to believe that we can be better. I will continue to find solace in games, my friends, and most importantly, my family. I will be on social media less, because instead of being the beacon of light that is cat videos and hilarious memes, it’s become a place that revels in the darkness and brings the hatred to the surface, and I just want to look outside and find some beauty more often.

Anyway, you came here for a fucking list, and by Jove I’ve probably made you all miserable enough now. If it helps, please read each game title as though you’re Tony Green, the announcer from Bullseye, because it sure helped me write it. Super Mario Party: it’s really good and fixes most of the bullshit the series has suffered from for years!

Monster Hunter World: I’ve tried the series loads of times but this finally clicked. Even the bad online didn’t stop me dropping forty hours into it.

FIFA 19: Rather than rest on being the best-seller, EA made a brilliant FIFA. Who knew? Please make FIFA 20 good on Switch, though…

Octopath Traveler: A wonderful game that made me care about JRPGs properly again. Brilliant battle system, and if the story were slightly better it’d be in my top ten.

Call of Duty: Black Ops 4: If you’d have told me dropping the single player would result in the best CoD in years, I’d have called you a madman. It’s also got the secret-best Battle Royale mode, that is just a decent/fair progression system away from being my go-to game.

The Messenger: If the game stopped at the halfway point, it’d be in my top five. Instead, the “turn” (I won’t spoil it) changed me from playing it every hour I could find to dropping it like a stone. I hope to go back and finish it, just to say I managed it. Amazing music, too.

I feel like I have spoken more about this game than most others, but Dead Cells is a borderline-perfect execution of an action roguelike. The combat is as precise as is actually possible, I think, and the “one more go” feeling is strong. It has a bit of a lull in the mid-game when you start to wonder how to progress as you hit a difficulty brick wall. But more than anything, this game proves I’m right more than I’m wrong, because having played more of it in 2017 than 2018, I’m still playing it (on Switch, where it’s perfect, no less) as recently as today. Buy Dead Cells, support Early Access done right, and a developer dedicated to making its game the best possible game it can be. You got me, Nintendo. You got me. This game is outstanding. I’m not going to give people the satisfaction of going on about how good it is for too long, but even the initially irritating unlock method turns into a reason to come back. I haven’t unlocked all 572 characters yet, but I’m going to. I’m still not entirely convinced this is a “fighting game”, but what it is outweighs my thoughts on that matter: it’s fun, and it’s something my kids play and both enjoy – something we play together and, crucially, laugh together while experiencing it. Oh, and colour me surprised, but it really does work in handheld mode despite the amount of action taking place.

My God, what a game. As addictive as chocolate, and as sexy as a God is a Geek reader, this is something you just have to play. Even if you don’t like strategy, this is game that I can’t do justice to. It’s so clever, and it’s only when you realise you aren’t supposed to be killing the enemies, but merely moving them around the “chess board” that you truly stop and appreciate its genius. Another game that I still play regularly because it’s well suited to runs on the Switch. Nice. (Read that last bit like the jazz guy from The Fast Show). I went on a Marvel journey this year and caught up on all the movies (Venom is actually alright, by the way) apart from Ant Man & The Wasp, which is next on my list. Spider-Man Homecoming, however, was by far one of the better movies in the genre. It kick-started a love of Spidey I didn’t know I had, and the game is brilliant at creating another version of Parker that is relatable and lovely. Forgoing the millionth retelling of the origin story, it had fanservice, but also an interesting story that, although I feel isn’t as well told as it could be, was backed by the best open world movement we’ve had in a game. Did you fast travel more than the one time just because you had to? Nah, why would you? Brilliant, and the sequel will be incredible, it’s just a shame the DLC was mostly shite.

How in the name of bloody hell is a Tetris game on my list and also that good? It’s a transcendent moment in VR, but it’s also the best execution of Tetris since… well, Tetris! The soundtrack is immense and the throbbing, pulsating motion as you disappear into virtual Tetris-land is an emotional moment. In fact, it left me bewildered when I removed the PSVR headset. Where am I? Am I real? What a game. Fair play, Tetris.

Despite getting accents wrong, the Horizon series’ fourth outing proves that PlayGround gets driving perhaps more than even Turn10 does. It’s simply fun to smash around Britain (or Scotland, mostly) and take out brick walls and fences. It’s a proper open world experience with amazing visuals (Xbox One X had a great year, to be honest, and I play most third-party games there, if I can) and a cool soundtrack, but it also incorporates raids (of sorts) and feels endless in a way that lets you drop in and out whenever you fancy a bit of a drive. Can’t see a racer topping this, because while I said FH3 was like Burnout Paradise 2, this is even better than that!

The gameiest game on my list, I suppose, but IOI took what made the last outing so good and refined it in a way that make it easily hit this fourth spot on my list. Moreish and rewarding, this one got me in a way even Hitman didn’t before. I was replaying the game over and over, trying to find new elements, new ways to kill. Oh and that animation for lobbing a can at someone’s head is probably one of my favourite moments of 2018. Superb.

This is an important game. Not just because it plays so tightly and feels incredible when you beat it, but because it deals with real-world strife in a game that, frankly, is so unexpected. Climbing a mountain is hard, we get it, it’s on the nose, but it works. Mental Health is still in the shadows, with people afraid to talk about it openly, but games like this can perhaps help people talk. Anxiety, for example, is like being in remission. You never beat it, but you can learn to control it. It might come back, but you are strong enough: I promise you, you are. Celeste is incredible, with gameplay I couldn’t get enough of, and a soundtrack I genuinely listen to away from the game.

Without doubt the most incredible open-world ever created. The dialogue alone impressed me, offering the most believable conversations I’ve seen in a realistically portrayed game. Visuals to die for, and while mechanically others have bemoaned its pace, I settled into what it expected of me right away, so much so that my second playthrough (still in progress) is somehow even more enjoyable, with even more appreciation for the creation. Moment of the year wasn’t easy this year on the podcast, but the Lenny stuff, or even the Braithwaite Manor stuff (which didn’t even make our shortlist, somehow!) that could easily incorporate the entirely of the closing of Chapter 3… look I’m going to get lost talking about how much I love this game. For all the negativity surrounding the release (rightly so, of course) this is one monumental achievement in game design. Directions, audio design, the works, Red Dead would be my number 1 any other year but in 2018.

This game shouldn’t exist. The way society has changed since the Kratos’ series was at its most popular, this game shouldn’t exist. That Cory Barlog and his team achieved the impossible and made it work, but also managed to make Kratos somehow into someone I cared about is a miracle. Even the ham-fisted moments that are obvious foreshadowing, or how they are a bit clumsy with showing that “no he does care, look, he wants to touch his back but can’t” worked for me. Some of us have parents of a generation that were raised to not show emotion, or not be the caring father – sometimes actions speak louder than words, I guess. But yeah, what a game, what a soundtrack, amazing visuals, and frankly, I never wanted it to end.

More than that, it made me think about video games in an entirely new way. Designed as one long-shot of the camera, it’s the cleverly hidden loads and production of the whole thing that just shines so much. I think God of War (2018) might be the closest to a perfect video game I’ve ever played, and honestly, even saying that now, I don’t feel in the least bit wrong. Game of the Year with a bullet, and by some distance.

Editor-in-Chief.
MORE LIKE THIS
Celestedead cellsForza Horizon 4God of War