previous
Xenoblade Chronicles 2 patch 1.3.0 released with new game plus, fixes, and more
random
next
What to Expect from Assassin's Creed Origins in March
0 comments 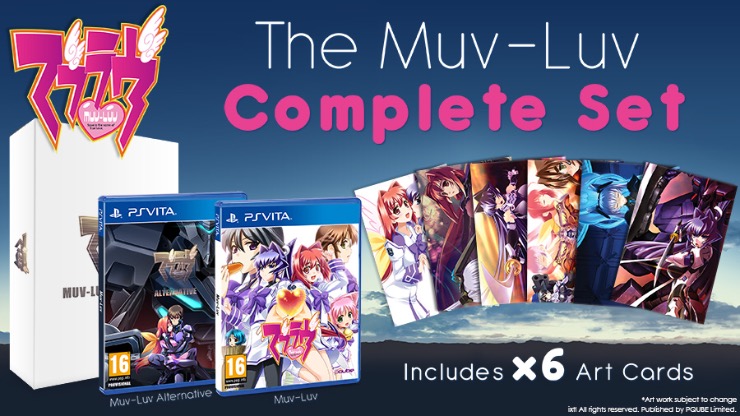 The Muv-Luv Vita games are also going to see a lovely collector’s edition release thanks to PQube Games and Rice Digital.

PQube Games announced that they are bringing Muv-Luv and Muv-Luv Alternate to Vita in both North American and European regions already. They’ve just announced a collector’s edition that is Rice Digital exclusive. It contains the following:

Muv-Luv and Muv-Luv Alternate together have 3 games for Vita and they will all release this year from PQube games.

PQube Games is bringing Muv-Luv and Muv-Luv Alternative to PS Vita this Summer!