previous
Watch the launch trailer for Donkey Kong Country: Tropical Freeze
random
next
The Essential Things to Consider When Betting on eSports
0 comments 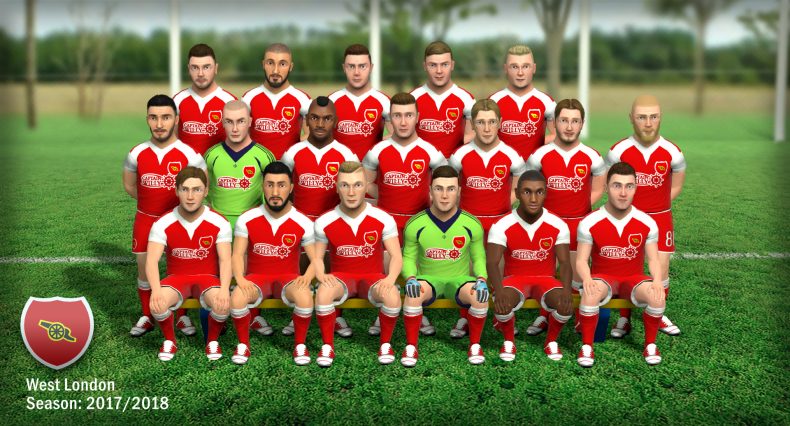 Football, Tactics and Glory is a football management game with a twist, whereas in something like Football Manager you’re micromanaging your team, giving them specific instructions and managing finances for transfer market success, here you’re directing play in a strategy RPG style; think Final Fantasy Tactics in a 4-4-2 formation. You and your opponent get three moves per turn to try and outwit each other by making your players make runs, pass and shoot, the most goals wins, obviously. The game starts with you in a game as part of a London team against an East London team (Chelsea vs West Ham basically), and after you’ve got down the basics of passing, running and shooting the game essentially ends your career with a broken leg, talk about harsh. Several in-game years pass and you’re approached by an amateur league team with grand ambitions looking to catapult themselves to the heady reaches of the big leagues with a big name to lead them, that’s where you, with your cut short career comes in.

So, you’re hired to make sure the team wins, but to also make sure that you have the players to challenge consistently, whether this is by making savvy purchases in the transfer market, or ensuring the academy keeps a decent stream of youngsters coming through, there’s significant number crunching here for anyone so inclined and, yes, players do level up after matches, increasing stats like passing, shooting accuracy and ball control, while also unlocking perks which grant position based abilities. There’s a bunch of other stuff too; several currencies unlock experience perks for your players, bigger stadiums and youth centre improvements, and with players continuously growing old you’ll need to ensure young players are nurtured or you’ll lose those all important abilities you’ve relied on when a player retires.

Controlling things isn’t the easiest to get to grips with though, you need to click a person first, that then shows you their range of movement, or who they can pass to. You then need to select a tile and then an action to perform, and annoyingly there are several perks that your opponents seem to have early on that you don’t have access to right away. The action itself is slow, but actually really fun, even if the players all look like Wayne Rooney AFTER he’s been hit with a shovel. There’s a real sense of reward from a well thought through move finishing with a goal, and it’s one that rivals the feeling that you get from a well won game in Football Manager. Even if you don’t have the time to play a match you can always simulate it and go and do something else. I spent a fair bit of time simulating games while writing or browsing the net and often found my results to be better than when my team was under direct control, maybe my managerial style should be more hands off? Who knows?

Anyway, for a game with a not so great title and seemingly populated with ugly Rooney clones Football, Tactics and Glory is a pretty natty title. Granted it’s looking to appeal to a cross section of people who like football and strategy RPGs, but a knowledge of football isn’t required to enjoy this. If you’ve lost hours to football management games you may well find yourself taken with this.