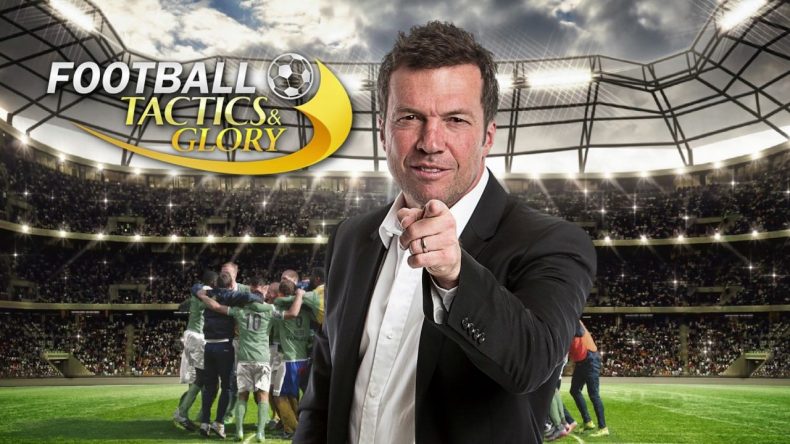 Switch Re:port covers the Nintendo Switch port/version of a game newly released on the platform. Football, Tactics and Glory was originally released on PC in 2018 and scored 6.5/10.

Football management sims and portability just feel like natural bedfellows. Being able to dip into the latest Football Manager title on a laptop or mobile device is great for those on-the-go future Pep Guardiolas. Heck it’s the reason I bought Football Director DS back in the day. Managing United on the loo has never felt so gratifying. So, Football, Tactics and Glory making its way from PC over to Nintendo Switch feels like the right idea. It’s just such a shame that for this title, that football management magic isn’t there.

The new idea in this game is not actually on the football management side; it’s on the pitch. Each game, rather than watching AI do your bidding, you take direct control. But this is direct control with a twist, as each team takes it in turns to make three moves each. A dribble, pass or shot counts as a move, so strategy and forward planning are certainly the order of the day here. Think a cross between chess and Subbuteo and you won’t be far wrong. Making the most of your turns without leaving yourself wide open to a counter-attack should see your way to victory. Except that’s not always the case, because RNG is at play here too. Each player has stats in four key areas: control, defence, passing and accuracy. However, Football, Tactics and Glory prefers the dreamer’s game that even inexperienced players can sometimes overcome world-class superstars. So even highly rated players can be outdone thanks to the RNG every time an action is completed. Except this RNG feels very weighted in the opponents favour the majority of the time, with even your capable players often fumbling passes or tackles with alarming frequency as your sub-par opponents knock the ball around like Barcelona. Also, the decision to take turns in football grinds the pace of things to a halt. The fluid, beautiful game ends up being a stop-start fumble back and forth across the pitch, with any magic lost even in victory.

The football management side is competent, but not much better. Obviously it has nowhere near the depth of Football Manager 2020 or the like, but what it does have feels archaic and imbalanced. Players level up almost like an RPG and can choose to add additional perks once they play enough in certain positions. Training and transfers both feel like watered-down experiences compared to other management sims too. Whilst some may appreciate the simpler approach, most will find the lack of depth pretty frustrating. The menus also deserve a special mention for being so damn fiddly, unintuitive and difficult to navigate. Often they’re a complicated mess with multiple parts, even within the same section, and getting to the part you want can feel more like trial and error. It’s clear these have been designed originally for PC, with a mouse click giving you the navigable freedom to make things easier. It’s therefore criminal that the port to Nintendo Switch hasn’t embraced the touch-screen functionality in handheld mode. The menus are screaming out to be navigated in this way, but even on the go, you’re forced to slowly limp between options.

Football, Tactics and Glory feels like a misleading title because in reality you’re getting watered down versions of all three here. The football feels wooden and uninspired, the tactics are overly simplified and as a result, any victory feels hollow. It might seem like a match made in heaven to see a football management title come to Switch that doesn’t take itself as seriously as the rest, but the truth is you’re likely to not get any long-term fun out of it as a result.

Simple to learn mechanics
Not overloaded with information

Football, Tactics & Glory is a simple management sim with a unique footballing twist that doesn't quite work. It needs more depth and polish to really shine.