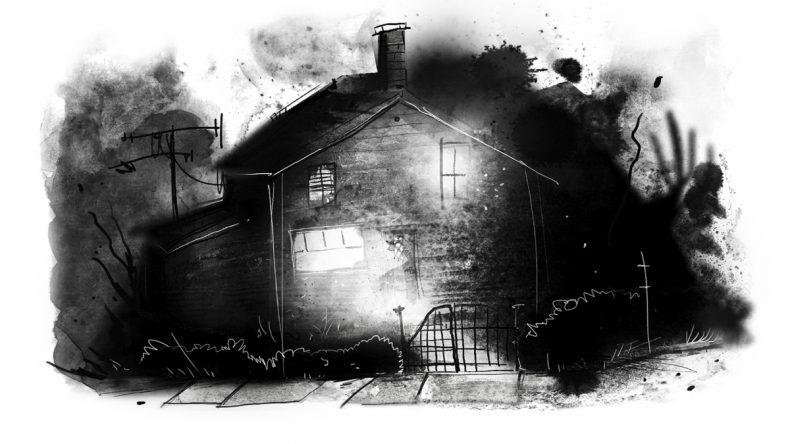 Being a parent is hard. There’s a constant need to provide for your child, making sure they have the best life, even if it means making sacrifices in your own. It’s something I’ve never regretted, and I love my kids more than anything, but that doesn’t mean I haven’t struggled. Every family is different, however, and the pressures of being a mother and a father can be more affecting to some, especially when you throw money issues and relationship problems into the mix.

Lydia tells the story of a young girl who comes from a broken home through point-and-click gameplay. It’s not a long game at all, with the whole thing clocking in at around an hour. Still, that’s enough time for the story to be affecting. Her parents struggle with alcoholism, with the huge impact a child has on their lives, and with each other. Lydia is sent to her room whilst her parents drink and party downstairs early in the game, and it highlights how children deal with their own worries as opposed to the adults. She’s told that if she behaves then the monster won’t come for her, automatically scaring the girl and making her think that she is in the wrong. This is how child abuse is, though. Innocent kids are made to feel like they’re the problem, but the only thing they’ve actually done is be born. It is an adult’s responsibility to have children, and if they don’t practice safe sex and get pregnant, then the onus falls solely at their feet. Throughout the story, Lydia finds a way to escape her broken home through her imagination. Her teddy becomes her comfort blanket – her protector – and the monster becomes a common feature throughout the game as it manifests in various forms.

Lydia’s memories show how she’s suffered throughout her life. Her mother psychologically manipulates her, and her father talks to her like she’s a piece of shit. Lydia witnesses her mother break down due to her addiction to alcohol and her poor mental state, which are things no child should have to witness. While it’s not a joyful experience, it’s an important one. It highlights these dramatic and painful events through a child’s eye. It’s rarely comfortable to play, but unfortunately these kind of situations occur. It helps to bring attention to child abuse, struggling parents, and the effects of alcohol on families unable to cope. As a game, there’re some issues. There’s the odd translation problem, with words having an extra letter in them, or certain grammatical errors popping up, but not enough to detract from the importance of its story. I had to turn the speech volume down as well due to the annoying noises that are heard when someone decides to speak. In terms of its art style, Lydia is beautiful. The hand-drawn environments and imagery compliment the darkness within the subject matter, and its occasional use of colour help to make an impact when we do see shades of colours other than black and grey.

Whilst it’s incredibly short, Lydia tells a powerful tale of one child’s struggle to survive in a broken home. Parents are the ones who a child should be able to turn to when they are scared, but Lydia has nobody, and the final moments of the game feel both satisfying and incredibly bleak in equal measure. The stunning score from Juhana Lehtiniemi is sublime, and helps to make each part of the game hit home. From Lydia’s imagination to her reality, Platonic has done a sterling job in highlighting real issues through the video game medium.

Lydia is an important game, not just because it broaches an important subject matter, but for how it uses its art direction, music, and storytelling to highlight the issues it's bringing to our attention.