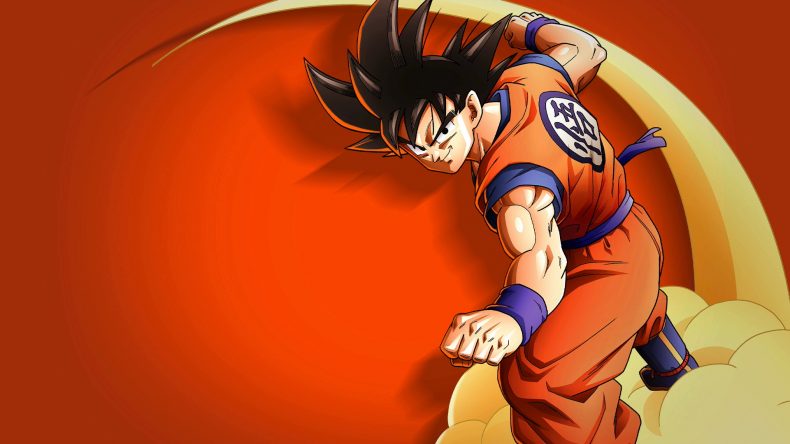 Dragon Ball Z was my first foray into anime. As a young child I was instantly drawn in by its muscle-bound heroes and action-packed battles. After watching every single episode on Cartoon Network, I longed for the perfect Dragon Ball game: a sprawling RPG adventure featuring the characters I loved and the series’ epic story. Thankfully Kakarot is here to fulfil my childhood dreams.

The game follows Goku and his merry bunch of superpowered friends, through all their adventures from the original Z series, from the Invasion of the Saiyans all the way up to Majin Buu. For series veterans, these are the same sagas that you’ll have seen in many Dragon Ball Z games, albeit retold more faithfully to the anime than ever before. Every character is fully voiced (with English and Japanese voice options) and none of the stories are skimmed over, making this a perfect entry to the series for new fans.

Throughout the game you’ll find yourself playing as Goku, Vegeta, Piccolo and many more of your favourite characters, defending earth from intergalactic evil. The battles in Kakarot are somewhat similar to previous Dragon Ball games. Flying around a large arena you’ll have to punch, Ki blast and dodge your way into overcoming your foes. Knowing when to block, dodge, or hang back and charge up your Ki is extremely important in the fast-paced affairs. Every character has a plethora of super attacks and transformations at their disposal too, and as the story progresses you’ll unlock plenty of combat options through training battles. As you defeat your opponents, you’ll begin to level up each character and earn Z Orbs to upgrade their powers in the Skill Tree. The branching path of the Skill Tree enable you to power up individual special attacks, or earn general buffs such as stunning enemies faster or raising your power against higher level opponents. To unlock everything you’ll need to take on increasingly tougher enemies, and you’ll need to collect Orbs from the different open world areas on the world map.

The open world has a distinctly “Dragon Ball” feel to it. From the beautiful art style that Akira Toriyama is known for, to the dome-shaped houses and roaming goofy dinosaurs – you can’t help but smile as a fan of the show. The world is full of different side quests and activities to keep you busy. Fishing spots, checkpoint races and stray enemies are but a handful of things to keep you busy in the vast overworld. Flying around (using your Ki or a number of vehicles) is very satisfying, and a good way to gather Z Orbs, food and collectibles that are all used to improve the stats of your cast of characters.

As you meet familiar faces in your adventure, you gather their Soul Emblems. These are placed on your Community Boards, which are used to gather the power of the characters in a number of ways. Characters on the Z Fighters board give you combat buffs, while the God board provides buffs to supernatural powers. Characters that have relationships with each other need to be placed next to each other for the boards to be powered efficiently. Be it blood relatives or team mates, finding the most effective way to position the emblems is a constant challenge, especially when you take into account gifts that level up the emblems further. If you want to fight, shop or cook effectively, you’ll need to master the Community Boards. In many games, cooking would be a way to heal your battle wounds, but in the world of Dragon Ball Z: Kakarot, food is far more important. Every meal you cook gives you a permanent or temporary boost to your stats. Gathering fish, dinosaur meat and apples is as important as experience if you want to keep up with the ever growing power level of Goku and friends’ enemies. Alongside the regular meals you can cook at a campfire, you can also gather the ingredients for a full course meal courtesy of Chi-Chi (Goku’s wife) for massive stat bonuses.

If food and leveling isn’t enough to keep your strength up, you can also gather the titular Dragon Balls from around the world at specific points in the story. When all seven of the starred balls are gathered, you are granted one wish from the Dragon Shenron (just like in the anime). These can range from asking for Z Orbs and Zeni, to reviving previously defeated enemies for a rematch. Obviously I immediately brought The Ginyu force back for a rematch.

It’s important to note that all of this “optional” content in Kakarot is a crucial way to improve your stats, because as you progress further into the story the enemies get intensely difficult. I found skipping a side quest here and there ended up costing me a ton of healing items later in the game. This wasn’t a problem for me, as I enjoyed the majority of the side content, but for the story-focused it may be more of an issue. A nice extra feature for both new and veteran Dragon Ball fans is the Z encyclopedia. Packed full of character facts, music from the series, and flowcharts to show the characters relationships, this treasure trove of anime knowledge is a great feature.

After finishing over 30 hours of story missions, Kakarot still has some significant post game content for the most dedicated warriors. This includes some particularly daunting extra “villainous” enemies, which I can’t imagine taking on myself! Almost all of the issues I had with Dragon Ball Z: Kakarot are related to the slow pace of the game. From some lengthy loading screens to the occasional food fetch quest, there are some sections of Kakarot that simply feel sluggish.

Small complaints aside, Dragon Ball Z: Kakarot is the huge single player Dragon Ball game I’ve always wanted. Experiencing the story I’ve loved for years in a charming RPG, full of references and the signature sights and sounds of the anime has been a delight. The pacing may be a little slow, but there’s never been a game that’s made me feel more immersed in Goku’s world.

Enjoyable, intense combat
Varied content
Community Board system is deep and interesting
Looks and sounds just like the anime
Great retelling of a classic story

An essential single player Dragon Ball game for new fans and series veterans alike. Although it's a little slow paced and has some painful load times, no game has felt more "Dragon Ball" than Kakarot. Great combat, deep systems and a huge variety of content make this package a joy to sink your hours into

You may also like
Cyber Connect 2Dragon Ball Z