previous
Techland announce free update Dying Light 2 Chapter 1 - In the footsteps of a Nightrunner
random
next
Lightyear Frontier combines mech-piloting with farming, and we're here for it
0 comments 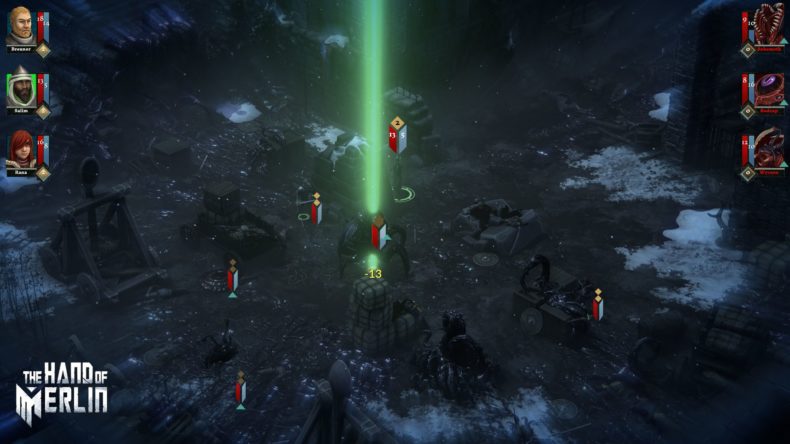 Room C Games, Croteam, and Versus Evil have today announced that their rogue-lite RPG The Hand of Merlin has today left Early Access on PC. Not only has it left Early Access, it is also available on PS5, PS4, Xbox Series X|S, Xbox One, and Nintendo Switch, with all eight major updates from the PC version included.

The Hand of Merlin blends Arthurian legend and dark sci-fi horror to tell a unique story that utilises both squad-based and turn-based combat in how it plays. Players will be able to use cover, set up ambushes and coordinate attacks with ranged and melee attacks to fight humans and otherworldly creatures. Taking place from Albion to Jerusalem, players can explore medieval lands on the brink of collapse, with a story crafted by Jonas Kyratzes (The Talos Principle, Serious Sam 4) and Verena Kyratzes (The Lands of Dream, Serious Sam 4).

It features similar mechanics to games within the same genre, such as managing equipment and items, and levelling up your hero, as well as permeant choices depending on the decisions players make. Ever since The Hand of Merlin entered Early Access, eight major updates have brought randomised party creation, new questlines, meta progression, passive skills, and so much more. The most recent update includes ‘Endless Mode,’ introducing a new biome and 20 combat maps, as well as giving players the opportunity to learn spells. You can check out the full list of updates on the game’s Steam page.

“Throughout Early Access we’ve committed a lot of time and energy into community feedback with a series of updates that have really embellished the games features and replayability based upon what the community was telling us, we’re extremely pleased with the results and the work the team has done to make The Hand of Merlin a truly competitive rogue-lite RPG,” said Robert Sajko, Creative Director at Room C Games.

Video games are cool. Don't let anybody tell you any different.
MORE LIKE THIS
CroteamVersus EVil