previous
Little Dragons Cafe releases on August 24 for Nintendo Switch and PS4 in NA, New gameplay video released
random
next
The Crew 2 - Everything you need to know
0 comments

Physical copies of Shaq Fu: A Legend Reborn have the secret game Barack Fu: The Adventures of Dirty Barry included 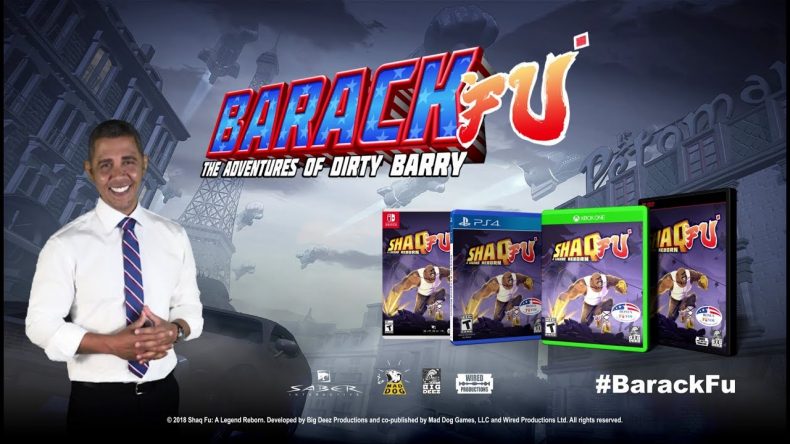 Shaq Fu: A Legend Reborn released recently and the physical versions of the game includes a bonus game.

This independently created game is Barack Fu: The Adventures of Dirty Barry. It is available today on PS4, Xbox One, Switch, and PC. The game lets you fight fashionistas, politicians, robots, clones, hackers, flying derrières, and rappers with your raw fists and more.

Watch gameplay for it below:

Shaq Fu: A Legend Reborn physical edition is available for £24.99 on PS4, Xbox One, and PC and 10 quid more on Nintendo Switch.