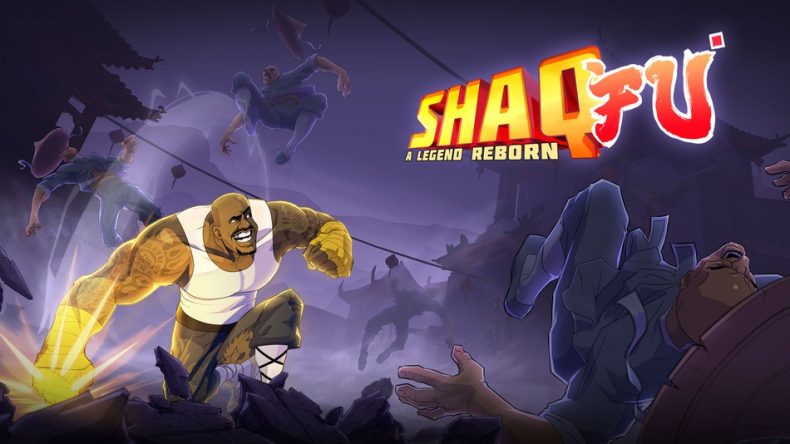 Over the course of life, games etch a place in our minds where we remember them fondly despite their overall impact on the masses, and for me, Shaq Fu was one of those games. I’ve loved basketball for many years and Shaquille O’ Neal is easily one of the greatest of all time. I’m aware it was lynched back then, and I’m also aware it’s still considered pretty shit, but I liked it (disclaimer: I was 10 at the time). What I don’t understand is why Big Deez decided to make a sequel almost 25 years later. More importantly, why did it take five years after a successful Indiegogo campaign to release? Anyway, let’s get down to the bare bones of it – this is a bad game. From its tedious and repetitive gameplay to the terrible attempt at satire, Shaq Fu: A Legend Reborn is not something you’ll want to play; even the legend himself can’t save it.

You play as Shaq Fei Hung (haha, get it? He’s hung AND his name is Hung! Genius…) – a Chinese orphan boy who’s discovered the world’s biggest celebrities are demons, and it’s up to you to take them down. Your Kung-Fu master Ye-Ye has imbued you with his knowledge to kick some ass, and kick it you will – a lot. It’s a side-scrolling beat-em-up that you’ll have played a million times over, whether it’s Streets of Rage, TMNT: Turtles in Time, or recent titles like the remake of Shadow of the Beast. Each stage is filled with so many enemies that bashing buttons, despite the new moves you’ll learn, becomes painfully repetitive. Like Streets of Rage, you can’t advance until you beat down all the bad guys in that area, and sometimes it can take an unnecessarily long time. You can punch, kick, and pick up weapons that enemies drop, along with powering up special moves and using your size 22’s to kick enemies all over the screen, but the pace is so far off.

Enemy types are varied to a point: some are big brutes with shields, others dart around the screen. There are demon-like creatures that fire balls of light at you, but the inability to strike in any direction feels archaic and wrong. Striking feels stiff, and when enemies come from one direction at different angles, you can only attack the ones in front of you. This doesn’t help with how mind-numbing it can become with the endless waves that assault you. Even the bosses aren’t much of a challenge either, and with them being one of the only interesting features of the game you can’t help but be disappointed after beating them. The comedy employed in the dialogue is cheap, and it’s clear the writers have tried to adapt the South Park mentality of making fun of everything – nothing is off limits here. But that doesn’t make it funny, and the genius with South Park is that they are mocking the stupidity of ignorance to race and sexuality. The writing isn’t smart enough to compete, and to many this could come across as flat out insulting or rude. It depends what your threshold is for jokes aimed at stereotypes without any depth in its script.

The visuals are relatively pretty, and the animations in the cutscenes are quite impressive, but they do little to stop things from growing tired. The level designs are colourful, with some nice backdrops, but once again the humour extends to the environments and again fail to break a smile. The music is dull and unfunny as well, again trying to entertain with its Weird Al style of lyricism but failing to do so.

Shaq Fu: A Legend Reborn is not only a bad game, but a clear reminder that not every game needs a sequel. We didn’t need a new Bubsy and we certainly don’t need a new Shaq Fu. The combat is constantly draining, the humour is poorly delivered and occasionally insulting to your intelligence, and the six stages do nothing to incite any kind of replay ability whatsoever.

A poorly written game with gameplay that feels stiff and archaic, along with endless waves of enemies that take far too long to beat.

You may also like
Shaq Fu: A Legend Reborn

Physical copies of Shaq Fu: A Legend Reborn have the secret game Barack Fu: The Adventures of Dirty Barry included