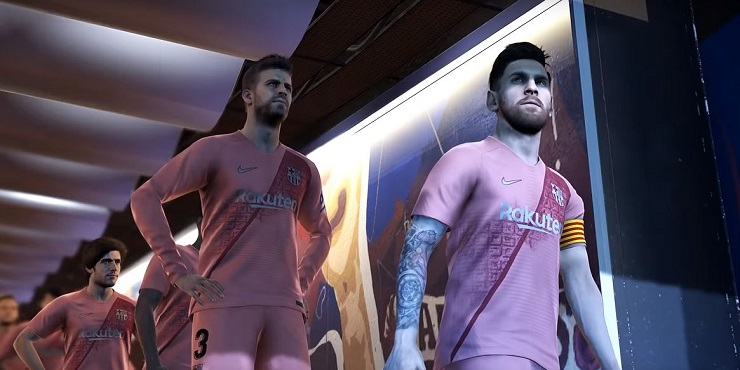 Football titans FC Barcelona have just revealed their third kit for this season, and done it through the medium of videogames.

As gaming becomes more heavily ingrained in today’s culture, major brands, organisations and groups are doing their routine business through them, and here (probably by way of the huge licensing deal between Barcelona and Konami) Barcelona are revealing their new peach third kit for this season through Konami’s PES 2019.

The kit is part of Nike’s Vapor Aeroswift line and features a map of Barcelona city within the kit’s design.

A lover, not a fighter and an all round good guy (he would say that, he wrote this after all), he's happy to be here as part of GIAG.
MORE LIKE THIS
FC BarcelonaKonamiNikePC