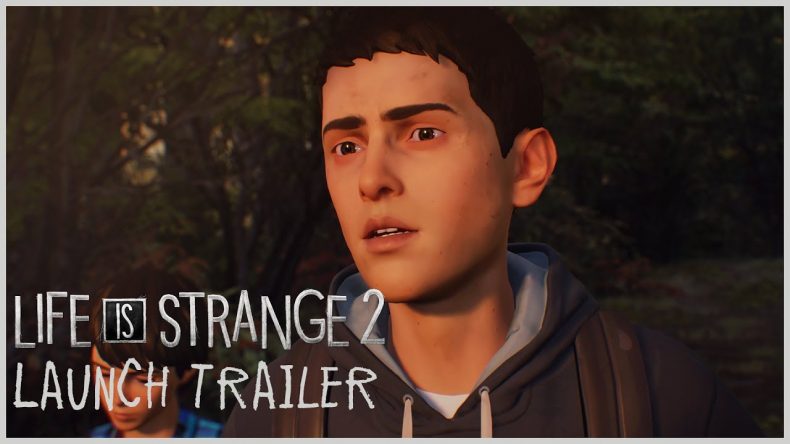 Dontnod Entertainment has released the launch trailer for Life is Strange 2 ahead of its worldwide release on September 27, 2018.

Similar to the first Life is Strange title and its prequel, Life is Strange 2 will also be episodic, with the first of 5 episodes called “Roads”. In it we’ll get to experiences the start of the journey of brothers Sean and Daniel Diaz.

After a tragic event forces the brothers on the run from the police, their relationship is tested by the dangers they face in a life on the road, and the manifestation of a supernatural power they don’t understand and can’t fully control.

The 5-episode season will follow Sean and Daniel over the course of a year as they make their way from Seattle to Mexico. Their journey is long and the brothers are woefully unprepared, as they have to set off with very little money and only the items Sean happens to have on him at the time.

They can steal to survive or take the high road and go without essential supplies for the trip. Either way, what are Sean’s actions teaching Daniel? Now totally responsible for his much younger brother, Sean begins to realize that his decisions will impact their lives forever…

The new launch trailer can be seen below:

Life is Strange 2 launches worldwide on PC, PS4 and Xbox One on September 27

MORE LIKE THIS
Dontnod Entertainmentlife is strange 2square enix