previous
Disgaea 5 Complete finally has a confirmed release date for PC after delays
random
next
New trailer for Destiny 2: Forsaken's Festival of the Lost, which launches tomorrow
0 comments 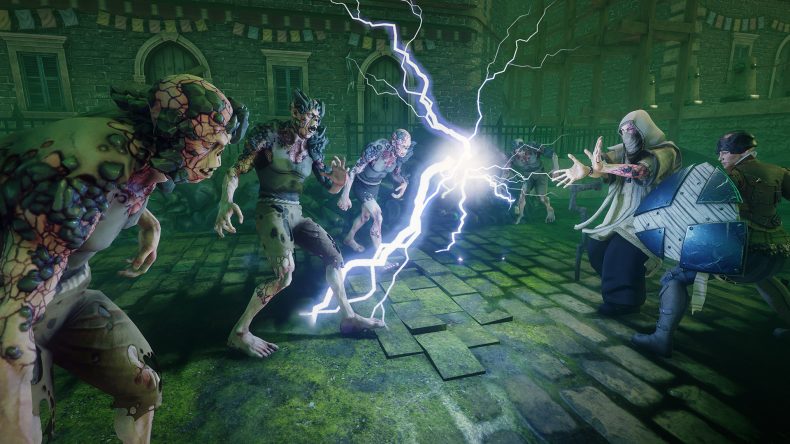 Defiant Development has announced the second of their DLC for Hand of Fate 2 called The Servant and the Beast. It is available now on PC platforms, PS4 and Xbox One, with a Nintendo Switch release confirmed as coming soon.

Official info on the DLC below:

The Servant and the Beast invites players to return to the Dealer’s table once again. Enjoy a brand-new campaign in the Game of Life and Death that sees our hero strike a bargain with a monstrous entity who helps them escape from fighting pits in exchange for blood.
This character, Veles the Shadow Beast, is also included as a companion who can accompany players into combat and vanquish downed foes. Veles also has more dark and terrible powers, along with a vengeful quest chain filled with more encounters to enjoy and gear to unlock.

Check out the trailer for the DLC below:

To coincide with the new DLC, a new update for the game called “Combat Reforged” alters the way battles are played out in the game. It also addresses some balancing issues within the game. The update is available on PC, PS4 and Xbox One, with the Nintendo Switch to be launched alongside the DLC soon.

The first DLC of Hand of Fate 2, Outlands and Outsiders, launching back in June 2018 on PC, is now also available on PS4 and Xbox One.

Hand of Fate 2 is out now on PC, PS4, Xbox One and Nintendo Switch.

Hand of Fate: Ordeals now has a release date and a Kickstarter