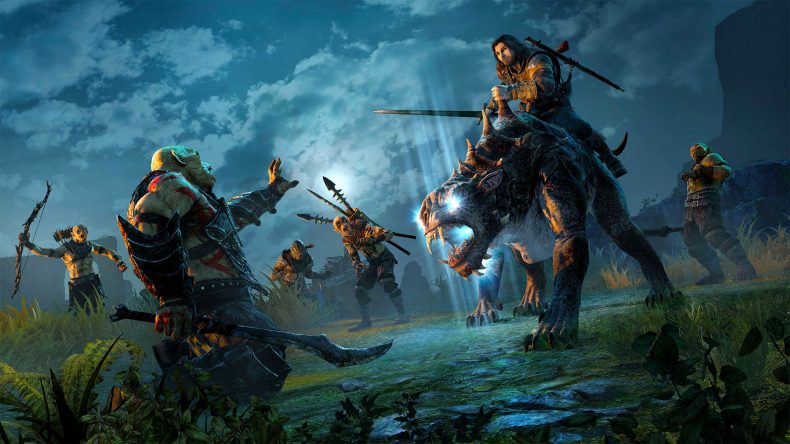 Finding a way to deal with mental health is just as difficult as living with it is; you look for a way to ease the pain – the anxiety – craving a release for the pressures of it all. On World Mental Health Day, I wanted to speak candidly with you about my struggles with mental health, and how video games have played such a key part in coping with it on a day to day basis. It’s never easy, and every day can be an uphill battle wherever you fall on the spectrum, but knowing there are others out there going through the same problems have helped me greatly, and I want this to help you too.

I have something called depersonalisation. It’s a byproduct of anxiety, and is a biological weapon used by the brain to protect you from all the stress and trauma that can dwell within. Last September, a lot of things I was worrying about built up to the point where something snapped in my head. It was like a switch was flicked and this barrier went up in my mind that caused a disassociation with reality – causing me to feel like a ghost in my own life. It’s often hard to describe, and the best comparison I’ve found is the feeling of being drunk without ever having touched a drop of alcohol. You talk but there’s no feeling of speaking; you see everything happen but it unfolds like a dream; the world is moving, everyone is existing, but you don’t feel like you’re a part of it. When it first happened, I was terrified. I thought I was going mad, and that it was something like a brain tumour or cancer. I had never had an experience like it, and I certainly hadn’t had any problems with mental health before. Trying to understand – to comprehend what was going on became a battle. Every second of every hour was spent trying to analyse every thought, and when I tried to force myself to feel real, the anxiety got worse. It’s a vicious circle that never seemed to end. I thought I was dying.

I attended a press event for Middle-Earth: Shadow of War shortly after it all started to manifest inside of me, and going to London alone wasn’t a good experience. I hadn’t started any type of medication at that point, so the anxiety wasn’t being controlled. I headed into the event where people were dressed up as orcs, and the music was akin to the battle soundtrack to Lord of the Rings; it was incredible, but I felt so disconnected. My old self would’ve loved this, but with depersonalisation, it just felt like a dream and made me feel guilty. I was invited to something so wonderful and I couldn’t appreciate it. All of the thoughts going through my head led me to feel depressed, frustrated, and angry. At that point I couldn’t see an end to it, and I was not comfortable just accepting what was wrong with me. It was the first time I knew I had a problem, and that it wasn’t going to go away any time soon. When Shadow of War was sent my way for review, I associated it with the first few feelings I had at the press event, and instantly my anxiety became worse. But then, starting my journey in Middle-Earth, things changed. The anxiety dissipated if only for a short while, and I became engrossed in it. When you spend a lot of time doing something with depersonalisation, the lines between reality become blurred, and I became a part of this world. When I wasn’t playing, I was thinking about it, and when I was playing that was my reality. As weird as it was, I felt at peace with my condition as it took my mind off all the worries I constantly had when I was with my only thoughts. I will always remember Shadow of War being the catalyst for me falling in love with video games in a very different way than I ever had before.

There’s one type of game that has helped more so than any other, and thanks to the influx of them in 2018 I’ve received a lot of help from video games. Open worlds allow myself to drift away for long periods of time, giving me the opportunity to forget about my problems and bless me with something else to focus on. Whether it’s been Kamurocho, Hope County, or New York City, I’ve had the opportunity to live a life away from the one I have, and they’ve all helped greatly. God of War may not be an open world game, but it has been the biggest shift for me in terms of escapism, and when I finished it, I felt the biggest dip in my mood this year. It was such a perfect experience, from the exceptional gameplay to the story, everything about it helped me to escape my anxiety and be happy. I cannot thank video games enough for assisting me in my recovery, and with Red Dead Redemption 2 coming out in a few weeks, I’m so excited to drift away once more. It may seem odd that I search for escapism from life, especially as depersonalisation forms a wall between the comprehension of existence and actually existing, but these games completely take my mind off it. The act of going to work, walking to the shops, paying bills, and generally being a functioning adult allows the mind a lot of time to wander – to question everything during the mundanity, and that is dangerous for me. I have a lot of support from friends and family, and after a year of suffering I’m in a better place, but the most important part of managing it is to keep the mind as busy as possible, so playing video games is essential for my recovery.

On World Mental Health Day, talk to the people you trust, or seek medical help. There are people that want to help you even if it feels like you are completely alone. My wife has been my rock, and having that person there to understand what you’re going through is vital. If you see a friend struggling with mental health, come forward and tell them you’re struggling too because strength in numbers is incredibly important. Use games as therapy if you need to; I went to Cognitive Behavioural Therapy, and that helps no end. Go to the doctors and see if there is anything they can prescribe you to help adjust the chemical imbalance in your brain, which is all it is when you boil it down. It’s important to know there’s nothing wrong with you. Things happen to us we can’t control, and accepting we have no say in the laws of nature has helped me to find peace in the chaos. I use video games to help me cope, and after spending time with some of the best 2018 has had to offer, it has made a world of difference. Just remember that seeking help for your problems is the most important thing. Don’t stay silent – don’t suffer alone. If I hadn’t come forward and spoken about it I don’t know where I’d be, and even if I’d be writing this article today. Speak up, play video games, remember that everything is going to be OK because it is. The human race is filled with so much good, and you should allow yourself to remember that once in a while.

Video games are cool. Don't let anybody tell you any different.
MORE LIKE THIS
far cry 5God of Warmarvel's spider-manshadow of war