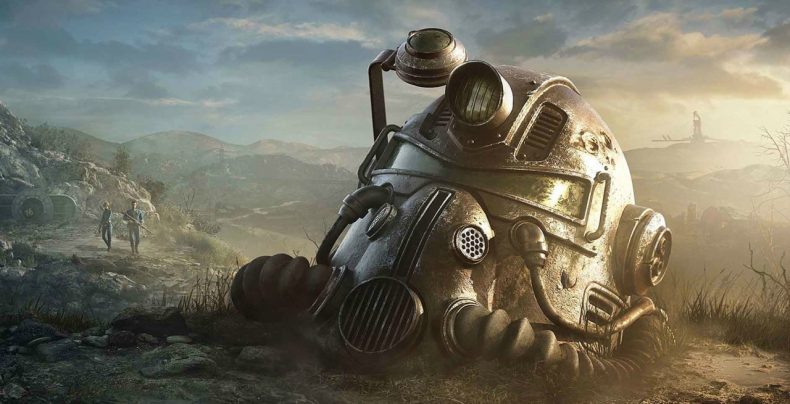 We are currently exploring our way around West Virginia and, while we’re not quite ready to write a formal review of Fallout 76 just yet, we have spent plenty of time fending off the mutated denizens of post-apocalypse Appalachia.

Exiting the vault into the vast wasteland can be confusing and more than a little daunting, so here are some quick tips that will help you make the most of those early hours while you find your feet in Bethesda’s new .

Once you leave the comparative safety of the Vault you won’t be able to regain access, so make sure that you spend some time there collecting everything you can as it’s easy to miss items. As you make your way to the exit you will see various Mr. Handy’s next to stations where you can collect some much needed items such as Stimpaks, RadAway, Distilled Water and Perk Cards.

CHANGE THE VIEW ON YOUR PIP-BOY

Fallout 76 is a live game which means there is no pause button. As with previous Fallouts, all your information is held within your handy Pip-Boy, but when you access it it will completely obscure your view. We’d suggest switching the view mode so that your Pip-Boy becomes an opaque menu. That way it will retain the style of your Pip-Boy, but allow you some peripheral view of what is going on around you. Your Pip-Boy comes equipped with a torch that you will need to light up dark areas as you explore. You can activate this torch by pressing and holding the button you use to bring up your Pip-Boy. On Xbox this is the B button, on PS4 the circle button. The last thing you want is to be sneaking up on an unassuming raider and step in something… icky.

Bullets are hard to come by in Appalachia, so it is worth investing your early perks into Melee combat as you are most likely to be using this and saving your ranged weapons for more dangerous enemies. You’ve also got the added bonus that melee fighting is slightly quieter than running around the Wasteland unloading a pipe pistol. Be aware that melee weapons can break, though. If you absolutely must use a gun, then consider equipping the Hunting rifle as your first choice. This weapon uses .308 bullets which are more often than not carried by the Scorched enemies you will come across regularly in the early game.

IGNORE THE EVENTS FOR NOW

As you mosey around Appalachia you will be notified of events taking place. In the early hours it is not worth touching these, as they tend to focus on defending against a number of enemies. As bullets are a limited resource it is wise to avoid them for the time being, unless of course a bunch of other players are involved to help spread the load. Focus instead on tooling up and getting a feel for the game. Your C.A.M.P. can be picked up and moved anywhere in the world. Any previously built items will be stored within it and you will have access to them again in a new location. It is worth creating a few of the workstations early on, in particular the cooking station and a water pump, as much of your time will be spent trying to combat the effects of hunger and dehydration. Having quick access to water which you can boil at the cooking station will prove invaluable.

The map in Fallout 76 is huge and it is tempting to utilise the fast travel function once you have discovered a location, but be mindful that this will cost you caps. The cost of fast travel varies depending on the distance between where you want to go and where you are currently, so be mindful of that. Besides which, you may be surprised by what you can discover between point A and B.

Also, note that fast travel to your home location is always free. You will need to become a proficient looter in Fallout 76, so at each new location ensure that you explore thoroughly and pick up as much of the junk lying around as you can carry. Encumbrance is an issue in the early game so invest in perks to increase your carry capacity whenever you can.

Exploring will not only yield you with valuable junk that you can use for crafting, you will also occasionally come across new quest lines to follow that will lead you to new recipes, as well as speciality weapons and armour.

Purified water is an extremely rare resource in Appalachia and it will likely be a while before you find the materials required to create it so we suggest you don’t use your purified water to drink, and instead save it to dilute your other valuable resources.

At a Chemistry Station you can combine your Aid items with purified water to dilute them. Their strength won’t be as great, but you will be able to double your stocks of these hard-to-find items.

Likes to shoot stuff and wear pretty shoes. Is a BEAST at Titanfall.
MORE LIKE THIS
Beginner’s GuidebethesdafalloutFallout 76