previous
Tales from Animal Crossing: A tale of cheese and "whine"
random
next
WoW Classic Adds Rise of the Blood God Update
3 comments 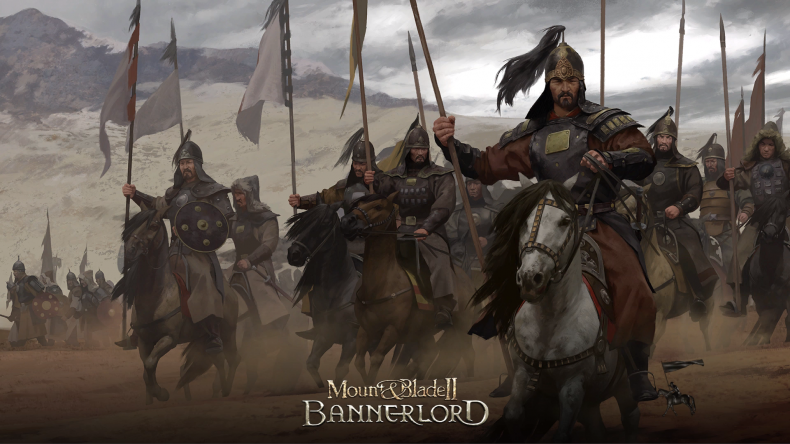 There’s a lot to get your head around in Mount & Blade II: Bannerlord. What’s more, TaleWorlds Entertainment’s epic action RPG does little by way of hand-holding. Plenty of its secrets are waiting to be discovered as you journey through the lands of Calradia. For those of you who are just starting your journey in the game’s Early Access, we’ve compiled some Mount & Blade II: Bannerlord tips to help you get started. Our first Mount & Blade II: Bannerlord tip might sound like an obvious one, but most players might feel tempted to skip over the tutorial and start the game properly. However, the tutorial section of Mount and Blade II: Bannerlord does a pretty good job of not only explaining some of it’s more important controls and mechanics but also gives you a fairly hefty chance at trying them out in relative safety.

The first area where you begin the game, sees you getting the chance to try your hand at some melee combat, both following instructions, and against an AI opponent. It helps you understand the directional swinging of weapons as well as blocking incoming attacks. The ranged training will help you get accustomed to how archery, crossbows, and javelins feel, and how their airborne trajectories differ.

Finally, riding on horseback can also be practiced. But the training course also sees you trying to hit targets whilst riding, to get a feel for aiming and executing attacks in motion. This last one is well worth your attention as a horse is a powerful ally in battle, especially against foot soldiers. If you can master damage output whilst riding, then you’ll be able to use it to your advantage in the field of battle.

The final part of the tutorial also gives you a simple quest to complete. This introduces map movement as well as how to navigate towns themselves, and their various menus. The quest is relatively short and simple, so well worth your time to get a feel for the displays and how to navigate them. Initially, you will have just a small army at your back of just a few peasant soldiers. Sometimes, simply waiting and engaging the enemy when they are within range is good enough to emerge victorious in the early battles. But there are plenty of options at your disposal to help guide your army to strategic positions and gain the upper hand.

Now it’s fair to say that in the first instance, most of the commands are unnecessarily complex for your small clan. However, practicing them now and understanding their usefulness is a solid tip, especially given the opposition is easy to defeat. During these early battles, familiarise yourself with how to move your army effectively. Understand what command inputs will split armies off, what will make them drive forward, retreat or even follow your lead. It gives you more options and keeps you in control of the flow of the battle. The last thing you want is to be scrambling around trying to find the right commands when you’re in the middle of a tough scrap later on in the game. The size of your clan – not its relative strength – is displayed in a number above your head on the main map screen. As are the size of the army following every character or group on the map. Bigger numbers mean larger armies to face off against. Also, the text colour of the name of that group indicates their affiliation towards you. Red ones are your enemy, and at the beginning, they are the bandits, looters, and poachers that deserve your swift brand of bloody justice.

Keep an eye out for their army size. If the number is lower than yours, they shouldn’t cause you too much trouble, and the opposite is likely true of larger enemy groups. You get more renown – which helps your clan reputation grow – by defeating larger enemy groups. This can seem tempting, but at the start, you’ll want to get a few victories under your belt, by dealing with bandit clans that are smaller or similar in size to your own.

4. The needs of your army Other than keeping them alive in battle there are also a couple of other things you need to keep an eye on to sustain your army. The first is that you need to make sure your army is fed. There’s a counter in the bottom-right of the map screen, with a grain icon that shows you how many day’s worth of food you have in your inventory. You get food either from loot or by buying it from a town or merchant. As a rule of thumb, I tried to have at least 5 days worth of food to be safe for those longer journeys across the map.

The other metric that greatly affects your army is their morale. You gain morale by fighting and winning battles. Each time you are victorious, your renown and morale will increase. Similar to renown, morale will increase more for more dramatic victories, but the most important thing is to engage in enough frequent fights to keep it topped up and prevent desertions. Also having a variety of different foods in your inventory gives you a bonus to morale. Presumably just eating grain or butter alone isn’t inspiring. So whilst it’s tempting to just plump for lots of cheap grain, consider mixing your food up to keep your men happy. At the end of every battle, as well as banking some well-deserved renown and morale, you can also take your share of the spoils. Not only is there likely to be a range of items to nab, including food, valuables and even equipment, there will also be people you can take too. Concerning the items first, generally, it’s advisable to take as much as you can carry so that you can make the most money by selling it at your next town. But keep an eye on your maximum load, and if you have to choose between items, plump for those with the best value to weight ratios. Also note, that your load has a bearing on your movement speed. Being heavier will make it harder to chase down enemies and leave you open to quicker moving enemies on the world map.

With regards to people, there are two main types, those that want to join your army, and those who don’t. For those that wish to join your ranks, if you have the capacity in your clan, you can recruit them there and then. You also might want to replace weaker members if you’ve reached your army limit and stronger fighters are looking to join you. To increase your clan capacity, you’ll need to level it up by building your renown.

People who don’t wish to join your army can be taken as prisoners, again up to a certain number. These prisoners can be sold at large towns in the tavern area for some extra coin. Alternatively, some of their heads will be turned over time by your exploits in battle, and may wish to join your clan after a while. Assuming you have room, you can recruit them, which is pretty handy especially if you can convince a stronger warrior to join you. Money is important in Mount and Blade II Bannerlord. You need it to buy food for your armies, as well as open up quest options, such as bribing your way into the castle keep to speak to the nobles. There’s also a daily upkeep of your army that you need to pay, and this increases as your soldiers gain more experience and effectively level up. It also costs you money to level up units, so money is vital to having a strong army at your back.

One way to effectively earn money, aside from looting after battle is through trade. It’s not the most action-packed use of time, and keeping away from battling will affect morale after a while. However, if done right, it can be quite lucrative. Travelling caravans often give tips on where to sell and buy goods from to make a profit, as do townsfolk when you speak to them when you’re wandering the streets. This all gives you information when purchasing certain goods. Underneath each item, it will let you know a place you could sell it for a higher price than where you are, or even a place where it is cheaper to buy. Use this to your advantage, buy low and sell high to bring in the coin to fund your army’s growth.

7. Watch out for quests in towns As well as the main story quest that you’ll be working towards, there’s plenty of other quests to sink your teeth into. The last of our Mount and Blade II: Bannerlord tips explains how to do just that. When you enter a town or city, you’ll be presented with a menu of options. However, where your eyes need to go is to the number of faces across the top of the screen. These are notable characters in that town. Sometimes one of them may need some help, denoted by an exclamation mark near their face. Click on them, and you can fast-travel directly to them to understand their needs.
If it sounds like a reasonable quest, you can accept it.

Completing it will net you a reward, and increase your relationship with that character. Higher relations mean you can purchase stronger troops from them in the future. Be careful though, because failing a quest has the opposite effect, so make sure you understand what is being asked of you before you accept. As a final point, some larger cities may have a lot of influential people and the screen only displays six faces at a time. If there are more, click on the arrow button to the right to make sure you check if any of the notable characters have a quest for you to avoid missing out.