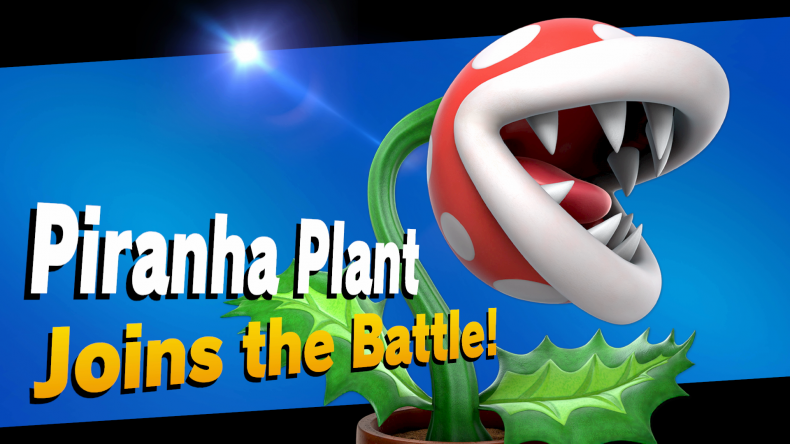 There is a new update available to download for Super Smash Bros. Ultimate. Version 2.0.0 brings the first new character to the roster since launch in the shape of old school Mario enemy Piranha Plant. The new character was revealed back in November, and is available to all those that have bought the game already via the eShop. For physical copies of the game you need to complete an extra step and redeem you My Nintendo Gold Points to receive a code for the character.

The new update also has a smattering of other other updates, including the ability to play the Spirit Board section of the game – a great way to earn new Spirits – with up to four players. There’s also new Spirits to unlock and some balancing issues that have been addressed.

Please see below the full official blurb for the new update to get all the key details:

OFFLINE
・You can now play Spirit Board with up to four players.
Select the Spirit you want to challenge on the Spirit Board, and then go to Party → Fighter to select the number of people who will play. When playing with multiple people, you will lose the battle if any player is KO’d.

GENERAL
・Added the DLC fighter Piranha Plant.
*Piranha Plant will become available for purchase as DLC at a later date.
・Pressing both jump buttons at the same time will now cause you to Short Hop.
・Fixed the issue where the KO score included your teammates’ KOs when Team Attack was On.
・Game-balance adjustments. You can see which fighters had specific adjustments on the official website.
・Various gameplay fixes. NOTE: Replays you’ve recorded prior to Version 2.0.0 won’t work with this new version, and so you’ll need to convert them before you process the update. Luckily this is a fairly simple process simply go to the Vault, then Replays, Replay Data, and then Convert to Video.

Super Smash Bros. Ultimate is out now on Nintendo Switch