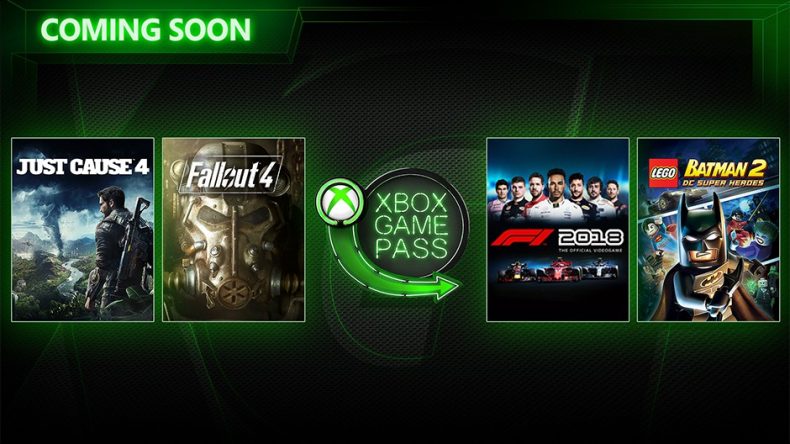 Microsoft has announced the latest games to be coming to Xbox Games pass. From today, those who have subscribed to the service can download Just Cause 4 and Lego Batman 2 for free. Futher adding to the catalogue on March 14 are Fallout 4 and F1 2018.

The biggest surprise there is Just Cause 4 given the game only released in December last year. For a big budget title, it kind of got lost in the release schedule amongst a swathe of other big releases. But despite that, it still remains a fun, if slightly flawed experience, and is well worth checking out. We’re big fans of Game Pass here at GodisaGeek, and it looks to be another decent month for the service.

F1 2018 Reveals Two of Its Classic Cars In New Trailer

Take a look at first game play footage for F1 2018