F1 2018 Reveals Two of Its Classic Cars In New Trailer 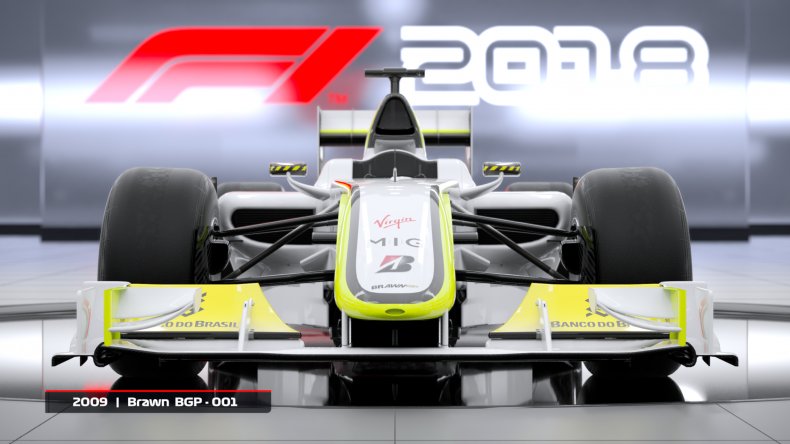 Codemasters has revealed two of the classic cars that will debut in its F1 2018 entry, coming this August.

The first of the new cars is the 2009 Brawn BGP-001, famous for being Jenson Button’s championship winning car that same year. Along with his teammate Rubens Barrichello, they also won the 2009 Constructors’ title. An incredible achievement, considering it was the team’s only season in F1. The second car, the 2003 Williams FW25, was driven by Juan Pablo Montoya (who recently entered this year’s Le Mans 24 Hour race, as well as being a two-time Indy 500 winner) and Ralf Schumacher. Both cars will be part of the day one “Headline Edition” as DLC.

It will be interesting to see if F1 2018 adds more than just a few new classic cars this time, as the series is in danger of growing stale, but we’ll learn more in the months leading up to its August 24th release on PlayStation 4, Xbox One and PC.