previous
Close to the Sun's atmosphere and intrigue provide hope for the end result
random
next
Black Future 88 has a solid foundation, but needs refining to stand out from the roguelike crowd
0 comments 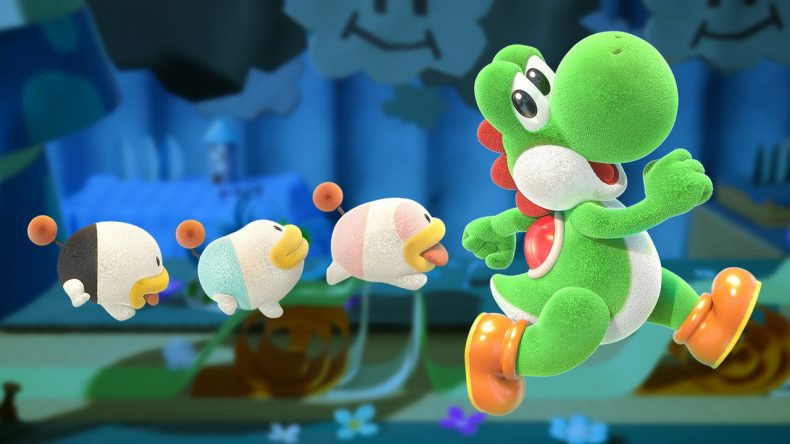 Bright colours? Check. Cutesy music? Check. Simple, intuitive platforming? Check. If all that didn’t point to a Nintendo game, then the whopping great smile on my face bloody well does.

Right from the off, there’s just something so quintessentially Nintendo about Yoshi’s Crafted World. It feels both new and familiar at the same time. True, those looking for something revolutionary in the platforming genre, will need to look past this fuzzy, cuddly dinosaur with a far too adhesive tongue. It will take you mere seconds to grasp the lay of the land here, but what you will find if you look past the paper and cardboard veneer is something a bit special, a demo only showcasing the tip of the iceberg of what is to come, and more importantly what a joy it should be to experience.

As soon as the menu screen appeared, I could feel a grin forming at the sides of my mouth, because it’s hard to not feel happy and uplifted by such a vibrant and cutesy world. Like if LittleBigPlanet and Yoshi’s Island had a baby, one of those babies you just want to cuddle and not let go of. Yes I’m a dad now, can you tell?

The entire demo of Yoshi’s Crafted World is based on a single level of the game, presumably the introductory level in the full version. The main objective is to collect the five flowers that are scattered across the level through a combination of running, jumping, gobbling up enemies and shooting the resulting eggs at objects around you, including the surrounding scenery. In a similar way to the aforementioned LittleBigPlanet, Yoshi’s Craft World operates in a 2.5D space as Yoshi can move nearer or further away from the foreground at various points, following the paths of the level. This mainly serves to investigate hidden areas which might house collectables like flowers you’re after or collectable coins, or alternatively the use of depth provides multiple routes around the level.

Saying the demo is only one level with five flowers to collect though, is only telling half the story. Because as well as this, you’re also awarded bonus flowers if you complete the level having collected enough coins, special red coins and finish with maximum health. Which means a quick dip back in the level to sweep up collectables you may have missed on your first playthrough. In addition, and similar to most 3D Mario games there are multiple ways to play the same level. So you’ll find as you complete the level for the first time, a challenge is offered up to go and chase after three Poochy Pups. But now you’re playing the level backwards, with the camera on the other side, so you’re still playing left to right. As well as the quirky aspect of seeing the back of scenery in its paper and card form, it can also help in spotting hidden collectables you might have missed with the level round the other way, useful for the completionists out there. It feels like this is a replacement of the initial flip feature we were shown back at E3 2017, presumably in favour of other design choices. And even after I’d found the Poochy Pups, I was encouraged to go back into the level a third time and complete an additional task for a final flower, before the demo was complete. So it’s clear Yoshi’s Crafted World has plenty of ideas up its sleeve right from the outset. Difficulty is a tough one to judge based on this demo content alone. An opening level is obviously going to be less of a challenge, and to be honest I found none of note here. What is interesting is that Nintendo have included two difficulty modes, with Classic Mode being accompanied by a Mellow Mode meant for less experienced players. The difference being in Mellow Mode, Yoshi has the ability to fly indefinitely to help with more trickier platforming, and rather than creating one egg per swallowed enemy, you create two, meaning you’ll always have a fuller arsenal at your disposal. It’s clear this setting is aimed at younger gamers for accessibility purposes, but I do also hope it points to trickier sections of the game later on in the full version, as I know that will keep my attention for longer. There’s also the option to take up a Joy-Con and go through the level cooperatively with a friend for some two player fun and support.

So initial impressions are very good, that grin of mine is still there, and I can’t help but hum along to the tunes and melodies that feel like a perfect fit for the Yoshi franchise. But the big question I have is whether that grin will last. True, I thoroughly enjoyed the 20 odd minutes the demo affords me, but I hope there’s more to this title than just more of the same. Thankfully the sneak peak of what is to come in the full version that you’re treated to once you’ve completed all the challenges in the level hints to just that. It showcases levels of faster pace, with mechanics that require more adept skill and timing, and even some different types of gameplay aside from platforming. It did the perfect job of drawing me in and teasing me of what’s to come. It feels like I’ve only scratched the surface of what this game will be, with greyed out menu options referring to different Yoshi types, costumes, a scrapbook and Amiibo support too. With a world these days seemingly bleaker than ever, experiences like Yoshi’s Crafted World feel like just what we need to enjoy ourselves and feel happy again. Move over Brexit, there’s another reason to mark March 29, 2019 in your calendar, and right now I know which one I’m most looking forward to.