SNK to release a 40th Anniversary Collection of arcade and console hits. 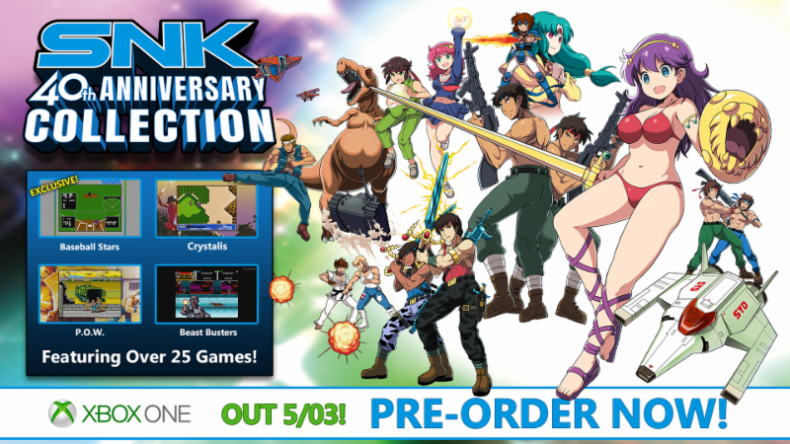 SNK has announced that a “definitive collection” of arcade and console hit will launch on the Xbox One family of devices in early May as a digital download only.

The 40th Anniversary Collection will be the most complete, updated and 4K-ready collection of SNK titles, prepared by restoration experts Digital Eclipse and published by Other Ocean. The Xbox One version exclusively includes the fan-requested classic game, Baseball Stars, marking the first time this game has been part of a collection.

Digital Eclipse are experts in the field of restoration dedicated to restoring gaming’s heritage, and preserving it and keeping it alive and available for future generations to appreciate and enjoy.

Key features of the collection will include:

SNK 40th Anniversary Edition is scheduled for release on Xbox One from 3 May, 2019.
Liked it? Take a second to support GodisaGeek.com on Patreon!

Likes to shoot stuff and wear pretty shoes. Is a BEAST at Titanfall.
MORE LIKE THIS
Bermuda TriangleDigital EclipsefantasyOther Ocean