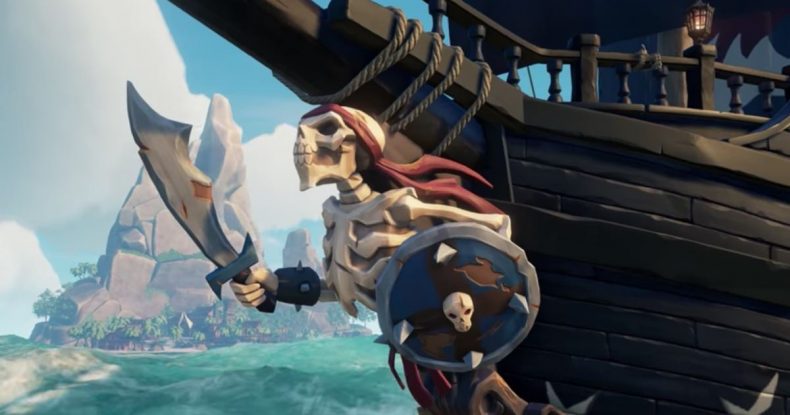 Attention Sea of Thieves fans, there is a limited time opportunity to get your hands on the rare Spinal Figurehead for your ship.

Announced via the official Mixer Twitter account, you will need to watch to completion ten arena matches in the Mixer app either on your console, PC or mobile device.

There are a couple of things to bare in mind in order to meet the requirements for this limited-time offer, including being logged into Mixer via the same account that you play Sea of Thieves on.

If you have been successful in watching an arena match to completion you will receive a dialogue box notifying you that you have watched one of your ten matches.

Once you have met the requirements you can then claim your loot by logging into your account via Mixer.com and following these steps:

Once you have redeemed your code the Spinal Figurehead should be waiting for you in your ship customisations box next to the Shipwright at any outpost.