previous
Here's what is in the latest update to Red Dead Online
random
next
Podcast 345: The Pringle Sandwich
0 comments 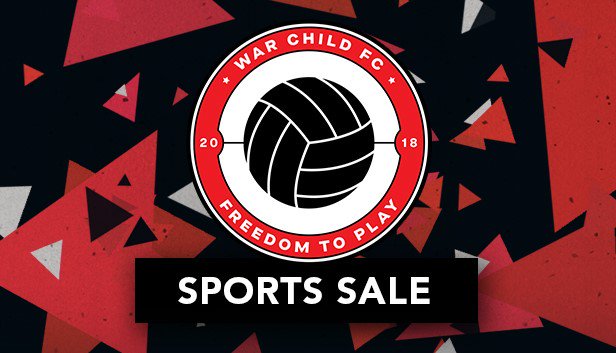 The charity that supports the lives of children in conflict areas – War Child – is hosting a series of events this week to raise awareness of its cause.

Starting last week on Friday May 10 the latest FIFA 19 update brought a War child kit to the game as part of the weekly objectives across PS4, Xbox One, Nintendo Switch and PC. The kit was designed by sports agency Octagon.

Then from 7am this morning a sale went live on Steam with a range of games being dropped in price and the proceeds from sales going to support War Child’s activities. The games included are:

Finally, there’ll be a FIFA 19 tournament livestreamed on Twitch featuring celebrities like Abbie McCarthy from Radio 1, Ronan Kemp from Capital Radio and Blake Harrison from The Inbetweeners. You’ll be able to watch this over on War Child’s Twitch channel.

A lover, not a fighter and an all round good guy (he would say that, he wrote this after all), he's happy to be here as part of GIAG.
MORE LIKE THIS
fifa 19Frozen CortexgravelLaser League

FIFA Team of the Week 20 revealed, including Karim Benzema and Angel Di Maria