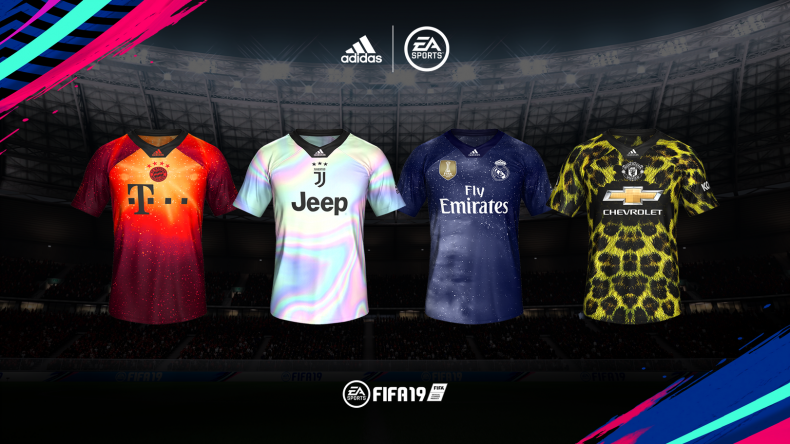 EA Sports has teamed up with Adidas to bring four limited edition jerseys to FIFA 19. The jerseys will be from four of the game’s biggest clubs – Real Madrid, FC Bayern, Juventus and Manchester United. Check out below the official inspiration for each limited edition, as well as images for all four: Players will be able to earn these new kits within their FIFA 19 game in a variety of ways over the next few weeks. Check out the below to see how to get your hands on them:

In addition to this, Adidas is also planning to sell a limited run of each jersey, if you want to wear the design as well. Around 7,000 of these jerseys will be made for fans, and will be made from soft moisture-wicking fabric for added comfort. Check out the Adidas online shop of the online stores for the clubs themselves to find out more if you’re interested in purchasing one.