previous
Tropico 6 is still wonderful despite the performance issues it's encumbered with
random
next
Ghostbusters: The Video Game Remastered gets a launch date
0 comments 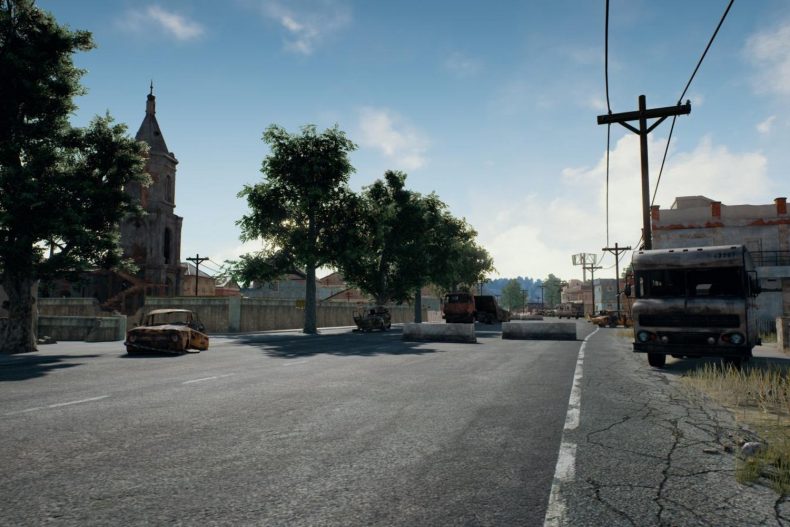 I was a big fan of PlayerUnknown’s Battlegrounds. I originally started watching streams and videos of it online, and it eventually became the reason for me becoming a PC gamer again, back when it was only available via Steam’s Early Access scheme. I enjoyed the game so much (despite being mostly bad at it) that I ended up buying the Game Preview version on Xbox One too, when it only came with the one map: Erangel.

It’s no accident that I mention Erangel, as it was a major reason for me returning to PUBG on PC recently. Before we get into the almost overwhelming number of changes to the game since I last played, with Seasons now being a thing, a big part of the latest game update was the visual update to the game’s original map.

PUBG Corp has made a big deal out of these changes, but it must be said that most won’t even notice them. Only certain areas like the power plant, mansion and prison have had major visual changes, but even then it doesn’t feel like a game-changer or anything. Look, we all know that I’m going to have to mention Fortnite in this, and although I’m not a huge fan of that game (I’ve always preferred the slower speed and grittier style of PUBG), the map changes have actually changed things dramatically. Not always for the better, of course, plus Fortnite only has the one map, instead of the four that Battlegrounds has. Regardless, the Erangel changes aren’t likely to matter to anyone except the hardcore players that have been playing the game since the early days and spent most of their time in the greens and browns of that original map. Being more of a casual PUBG player, I tend to dip in and out of the game now and again, instead of playing for months straight. I must admit that when I do play, I actually prefer the Xbox version (I’ve always been more of a console gamer) and that’s still a little behind the PC game, in terms of content and gameplay changes. With the addition of Season 4 content, I was tasked with spending a week back in the game, to see whether any of the changes could tempt me back to playing a little more regularly.

Which begs the question: do the seasonal changes offer any reasons to come back?

Well, this is the first season to introduce a proper map change, so don’t expect it to be massively different every time. If you were a fan of Erangel and haven’t been back there for a while, or perhaps it’s the map you simply prefer, you can now play exclusively on a chosen map. You can spend all your time there, taking in the new sights, if you so desire. That’s what I’ve been doing for a bit, to see if the visual update has made any difference. It hasn’t, to be brutally honest. People are still far better at the game than I am, or they cheat, which is still a big problem in PC gaming as a whole, not just PUBG. Though I’d have preferred an overhaul to that side of things, than a few token changes to Erangel.

The gameplay has seen a few tweaks however, in both this Season 4 update and in the previous seasons. This update in particular gives players the ability to heal while on the move, which might not sound like a big thing, but it does mean that you’re no longer forced to find a safe spot to stop and apply that bandage. I mean, safe spots are still recommended, but you can move slowly as you heal, giving you the option to keep out of sight while enemies attempt to move in for the kill. Vehicle handling has also been improved, which certainly gets my approval. The last time I played, a vehicle update was applied that simply made everything feel like it was driving on ice and it just wasn’t good. Vehicles draw attention to you as it is, so removing the ability to effectively drive them out of dangerous situations was a poor choice. Perhaps this is why PUBG Corp has decided to overhaul this side of things. I mean, nobody expects, or wants, Project CARS levels of simulation handling, but driving a UAZ (with its new Red Zoned skin, for owners of the new Season 4 Survivor Pass) over the hills and through the forests of Erangel is so much less stressful. Considering how stressful PUBG can be already, I’m all in favour of this.

What about changes to how your character moves? A recent change came in the form of the new ledge grab ability, which lets you jump over gaps and grab the wall of a balcony, instead of face planting into the side of it with all the dignity of Donald Trump’s Twitter account. This ability to ledge-grab helps to keep the flow of movement going, which is incredibly important in a game that can kill you at any moment, especially if you’re forced to stop and find another way around.

Not every change impacts the gameplay though, as PUBG’s Seasons have seen the game make the move to a Fortnite-like XP system. Given that Fortnite owes its success to PUBG, it was only a matter of time before PUBG Corp had to adopt Epic’s Battle Pass layout, offering cosmetic items to players reaching new levels. Indeed, the whole battle royale genre has adopted this method of dishing out rewards, but Battlegrounds has gone a little further with the idea. The Survivor Pass is much the same as Fortnite’s Battle Pass, offering extra rewards for pass owners as they level up, but the weapon mastery addition offers a little extra. When I first returned to PUBG, I felt bombarded by new systems. The strangest of all was weapon mastery, which offers rewards for levelling up your weapons. At first, I worried that this was a system that would make people more effective with their weapons of choice, but I was happy to discover that it was just another cosmetic change. A largely pointless one, at that. You’ll gain XP for each weapon by completing objectives using those weapons, or simply by wounding or killing your opponents. The rewards, however, are things like weapon skins and even tiny charms that hang off the side of that gun, which will only ever really be seen while in first-person view. Perhaps it will keep a few fans occupied, but I honestly couldn’t see a reason for me to care about this side of things.

I still find myself enjoying PlayerUnknown’s Battlegrounds, but the enjoyment isn’t affected one bit by the introduction of a new weapon or any of the seasonal content like themed costumes and articles of clothing, especially as they often feel completely out of place here. They are also, like those in Fortnite, vastly overpriced. Optional or not, the pricing of some of these skins (in both games) is obscene. Again, however, this doesn’t affect me as I don’t buy them, but that’s a bigger problem to be addressed elsewhere.

I do find my enjoyment of the PC game waning a little, however. Initially, I loved the level playing field that came with starting without weapons or upgrades of any kind, but it’s clear that some players have figured out where the better weapons are likely to spawn and a lot of that equal start is quickly wiped out. I know I’m not the best at online shooters (I’m certainly in the bottom half, when it comes to skill level) but it seems like maybe PUBG has outgrown me, and none of the seasonal content is going to change that. It’s not really enough to keep me coming back, nor is it likely to draw in new players, but perhaps the old faithful will return.

As for this old dog, I’m not so sure about these new tricks.