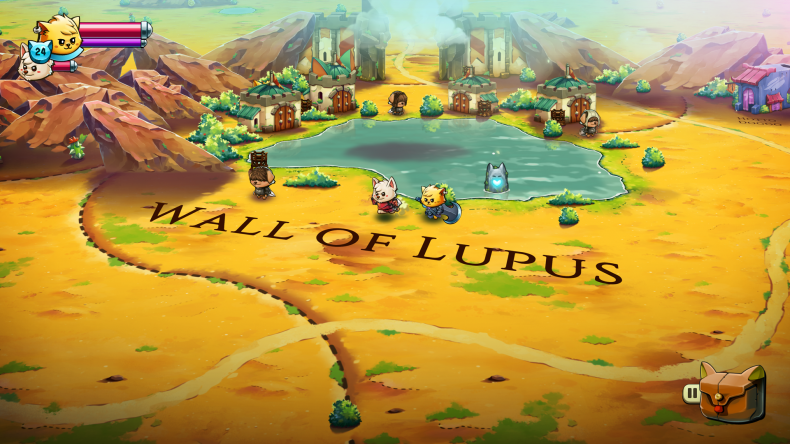 Cat Quest II, the long-awaited sequel to the excellent Cat Quest, is out later this month and publisher PQube is showing off some of its new features. Without further a-mew, let’s get to it!

The Lupus Empire is just one half of Cat Quest II’s map, but its deserts and towering rocks make for a different terrain in this new “catventure” (their words, not mine).

Don’t blame me for that title. Anyway…for the first time, paw-tner up (I’m not even a little bit sorry) with another player in two-player co-op. With the rulers of both the Cat Kingdom and the Lupus Empire going mad, two unlikely allies are set to become heroes!

Cat Quest II comes with tonnes of new loot, including two-handed weapons and new spells. There’s even new “paw-ssive” skills on armour, such as improved dodge rolls and attack/defence buffs.

Cat Quest II comes to PC on September 24th, with an Autumn release planned for Nintendo Switch, PlayStation 4 and Xbox One.