Skateboarding sim Session is going back to basics 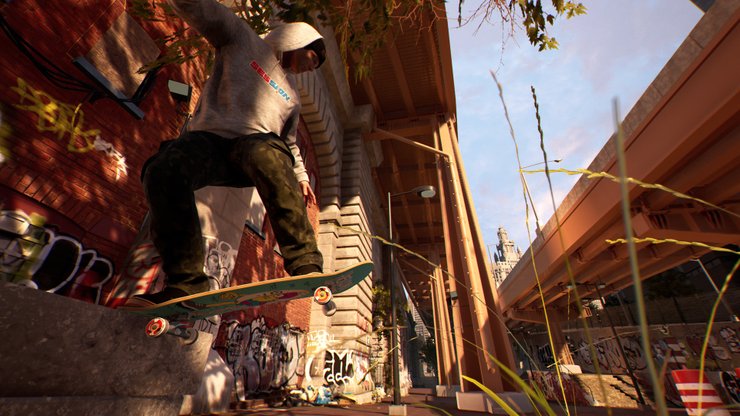 Every year, when E3 rolls around and EA Play is gearing up to begin, there’s always that vocal part of the community hoping for Skate 4 to materialise. It never happens, of course, but we keep asking for it nonetheless. Considering the success of Skate 3, even if a lot of its continued sales were down to a few big name Youtubers, it’s strange that the series has yet to see daylight on the current generation. Cut to E3 2018 and the Xbox Briefing, when a skateboarding game emerged on the screen and we all got excited, only it wasn’t Skate…it was Session.

It’s taken a while for Session to re-emerge, though. Over a year since that debut and Crea-ture Studios isn’t ready to release the full game, but PC and Xbox both have early access programmes now, don’t they? While it may not be ready for its full release, the developer has instead chosen to go the Steam Early Access route (it hits Xbox Game Preview next month), allowing players to finally get their hands on a new 3D skateboarding game. Perhaps even help shape its development, finding issues that may otherwise not be found until much later.

One of the reasons Skate did so well, was due to its excellent and intuitive control scheme. You would hold, flick and rotate the right stick (please stop laughing) to perform various tricks, providing a more direct control over the board while still being accessible enough for novices to join in and enjoy it. Of course, the hilarious rag-dolling also helped to keep things entertaining even when you inevitably failed spectacularly. Session goes one step further with its control scheme, removing steering from the left stick entirely. Instead, you turn using the triggers, leaving both analogue sticks free for full control of your skateboard using both feet individually. Everything becomes more directional, with the left stick controlling the left foot and the right stick the right foot. Bear with me, because it’s quite complicated at the beginning. If your right foot is on the back of the board, pulling back on the right stick will ready for a jump (an ollie) and flicking the left stick up will execute a standard ollie. In that same stance, pushing forward on the left stick will lean onto your front foot, with a flick of the right stick executing a nollie (short for “nose ollie”), which is essentially jumping using the front of the board first. Various combinations of the left and right stick will result in more complex tricks, with a full, fighter-like move list available in the pause menu, in case you’re like me and constantly need reminders or you just fancy trying something a bit more daring.

If this all sounds a bit confusing, that’s quite simply because it is. At least, it is when you first start playing. Luckily, Session starts off with a quick tutorial…erm, session, to give you a brief look at the basics. It could do with a more comprehensive tutorial really, but once you’re let loose in the reasonably-sized open world and start playing around with the controls, you’ll get the hang of things. In fact, there’s a certain realism in having to figure things out for yourself, trying out new things and getting them spectacularly wrong, before getting back up and trying again.

Unlike Skate 3 (I promise I’ll stop making this comparison soon), there are currently no multistory buildings or cliff edges from which to jump to your demise in Session. It’s meant to more accurately represent real skating, and its map is based on Manhattan, or at least a portion of it. There are one or two higher points, but nothing that will result in Skate 3’s wince-inducing, bone-crunching injuries. Honestly, most of the EA game’s falls looked fatal. That’s not to say that you won’t fall down in Session. Indeed, I can guarantee that it will happen, probably quite a few times. This will still result in some highly amusing ragdoll physics, especially when you simply bump into an object and your character looks like they just give up on life, flopping to the floor like a footballer who was just tapped on the shoulder. Highly amusing doesn’t really do it justice actually, it’s often downright hilarious. Maybe that’s just my sometimes immature sense of humour. Crea-ture Studios had stated that its Early Access build would be quite limited, and it is. The map might be a decent size, but it’s not exactly full of life or even places to really let loose. It’s quite restrictive and could even be seen as quite boring, but Session does at least give you the option to add a handful of objects such as rails, plywood and small ramps, to create your own little trick areas. Yes, similar to that other game I said I’d stop mentioning.

This first build is simply designed to let players get the hang of the controls and play around in the sandbox sample of Manhattan, so there are no tournaments, events or anything else beyond creating your own fun. In that, it does still succeed. Even with its map limitations and lack of more complicated areas to skate, I found myself just enjoying playing around and pushing the boundaries of my abilities. Could I nail that trick? How about getting off my board and finding a higher spot? Could I grind the side of that ledge? The answer to all those things, by the way, was yes. You can also customise your skater, albeit from basic male/female models and a couple of extras. You can’t change their faces or body type yet, nothing like that, but you can choose from a small number of clothing choices in your apartment, or change the design of your board and its wheels. Some of this feels a little unfinished at this early stage stage, but it’s a nice glimpse of what else is to come in the next 6-12 months as development continues.

There is a lot to like about Session. Is it as good as Skate? It’s far too early to say, but even at this early stage it does feel smooth and rewarding in its gameplay. Its control scheme, while bewildering at the start, becomes easier with time and experimentation, much like actual skateboarding. I suspect that might be the point. Either way, I really like where Session is going and if you’re a fan of the Skate series, I reckon you might like it too.