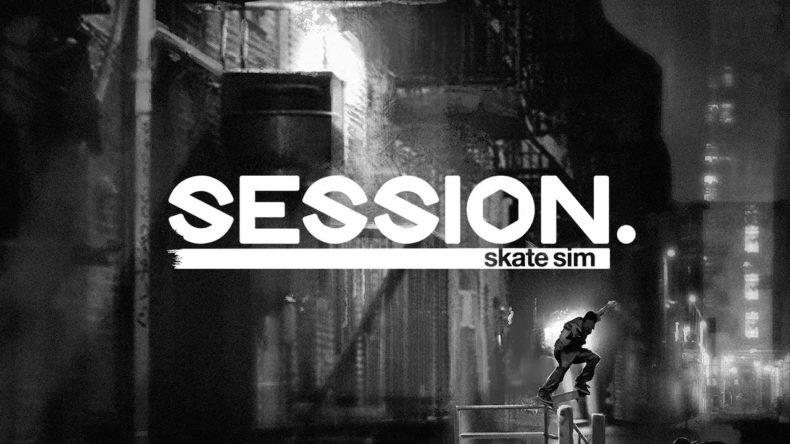 There was a point early on in Session: Skate Sim that I was almost ready to give up. I thought I was never going to get the hang of the controls, and that cre-ature Studios had finally broken me. Why couldn’t I do a simple trick sequence down a stairwell? Am I that bad that after an hour into the game I’m ready to never play this overly difficult skateboarding sim again? It’s safe to safe I had never struggled with a game that much in my thirty plus years. Thankfully, all of that changed and I started to appreciate just how good Session really was, being annoyed with myself for almost turning my back on it.

Not only is the control system designed to simulate skateboarding as authentically as possible, it also stays true to the frustration of nailing a trick in real life. I haven’t been on a skateboard in at least fifteen years, but I remember spending hours trying to perfect a kickflip down the park, over and over again, without any hope of success until that moment when it all comes together. You finally get it, and what seems like a simple flip can take a lot of time to learn, but the happiness of it clicking far outweighs the effort put into pulling it off.

Session: Skate Sim isn’t Tony Hawk’s. You’re not going to pull off multiple trick sequences while high in the air, and it’s going to take a long time before things start to click. Simple presses of the button won’t yield results and you will rage. It’s inevitable, but practice and repetition until you get it right will far outweigh any high you ever felt whilst playing Pro Skater. Anyone who skates will tell you how much practice it takes to pull off the simplest trick, but that’s honestly the most rewarding thing about it. That feeling has been recreated so well by cre-ature Studios, even if you have to do the same move over and over again until you get it right. 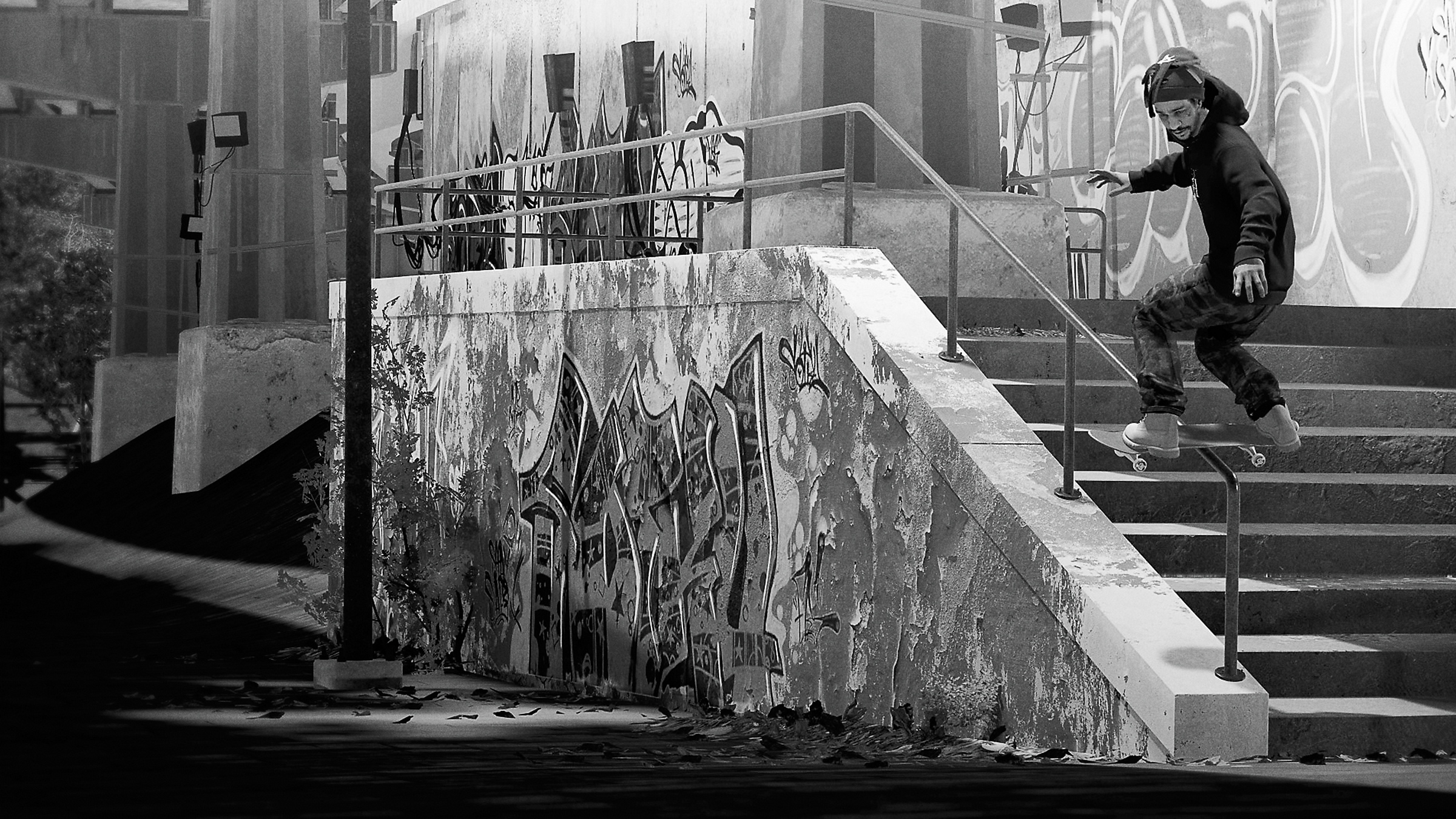 The control system in Session: Skate Sim is all about weight distribution and using the right amount of pressure on the board. The left stick controls your left foot, and the right stick controls your right foot. To do a simple Ollie down some steps, you need to pick up speed by building speed with your foot, pull back on the right stick to make sure your right foot is at the back of the board, then push forward on the left stick to lift the front of the board to get air. Depending on how lightly or heavily you press down on the sticks will deem how high you get in the air.

Factoring turning left or right by pressing the two trigger buttons is also something you’re going to need to get used to as well. Throwing all of these fundamental controls together builds the basis for everything you do, however, it is only the beginning. Depending on how you use your feet on the board, a variety of tricks can be pulled off, but they all take plenty of practice to do, and you’re not going to be doing countless tricks one after the other. Session: Skate Sim is finding joy in pulling one solitary trick off after trying to do so after twenty minutes of mistake after mistake.

It might sound exhausting, but skateboarding isn’t easy. What doesn’t help is how missions won’t provide you with a lot of support in how to do certain tricks. Learning to manual is one of the first moves you need to learn, but there’s no command list that tells you how. Unless I’ve missed it (and I spent a good amount of time scanning every menu on the pause screen), you’re not told how to do it. It was only after I thought logically about it that I was able to do so by lightly pulling back on the right stick while stationary. However, I was then expected to manual after an Ollie onto a small circular platform. 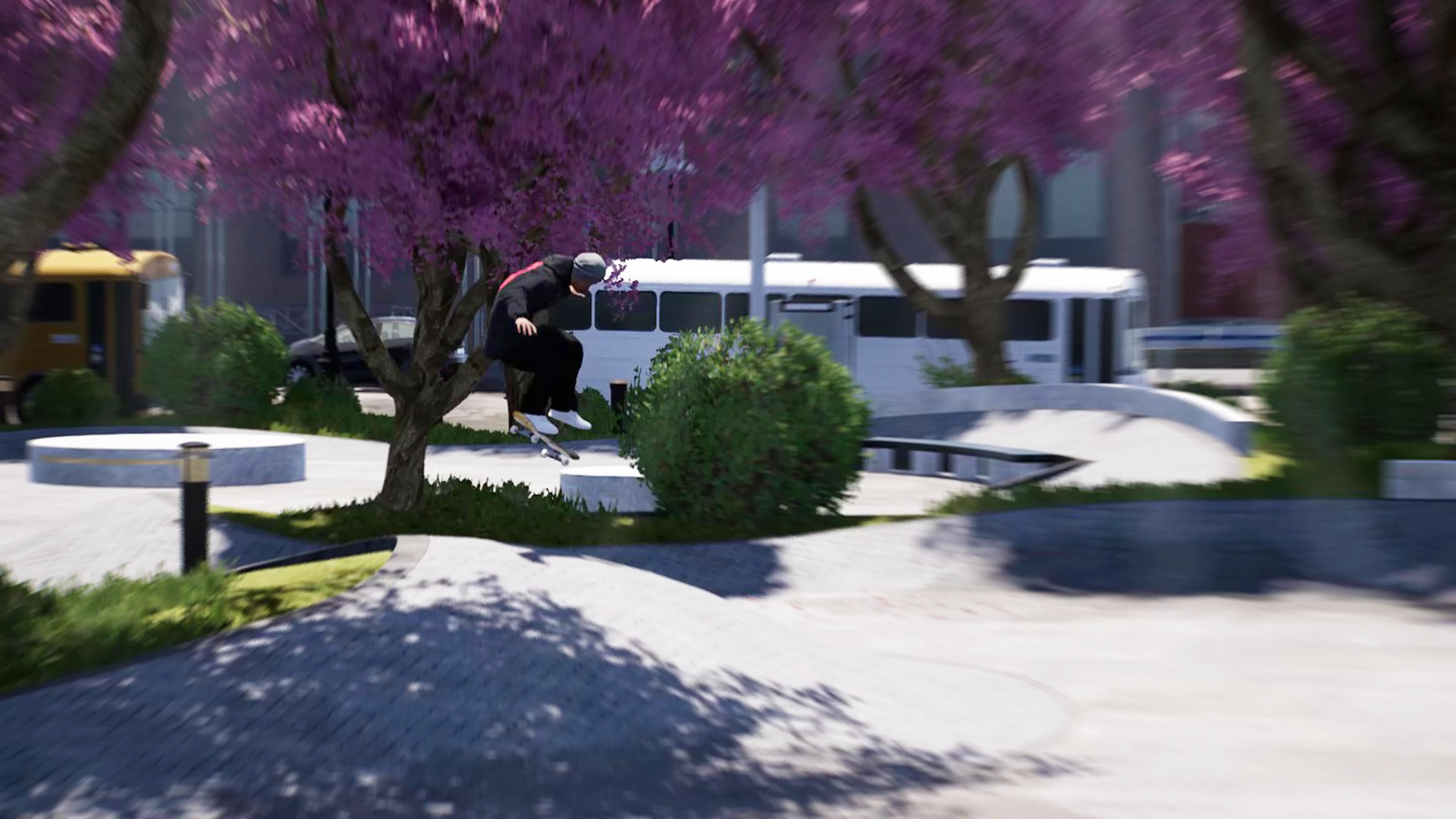 Getting good in Session: Skate Sim is all about practice. For the first few hours or so, you’re going to struggle. Don’t go in expecting an arcadey experience because you won’t find it here. However, it never advertises itself as such. This is a love letter to skateboarding in the purest of sense. The missions aren’t extravagant, but aim to guide you through the basics then into more trickier territory. Of course, if you just want to explore and enjoy the various locations, practising everything you know wherever you want, you’re free to do just that. I often veered off from the missions to just go and skate. If I saw a rail between two small platforms, I would try and jump across the structure, grinding and tricking until I got it right.

Locations in New York, Philadelphia, and San Francisco make up up the environments of Session: Skate Sim. It’s cool being free to go wherever you want, wondering if you could pull off a trick or grind over or on an obstacle. You might prefer a more linear experience, but that’s not what this game is about. At it’s heart is freedom. Freedom to skate and to learn; to express yourself on a board, and find joy in the nuances of the controls while delving into the culture of boarding in the mid 90s. You can earn money through missions to buy new clothing, skateboard parts and designs, and even ramps and lips to place wherever you want.

The replay function allows you to recreate the familiar skate videos of the 90s, fisheye camera and all. I didn’t spend a ton of time with this as I was truly terrible for a long time, but if you want to keep a record of some of your prouder moments, it’s a great way to do so. Session: Skate Sim is a remarkable game in how realistic it recreates the skateboarding lifestyle and the skating itself. The controls are difficult to learn, and many will fall off in the early stages, but if you’re persistent, it’s well worth sticking with. Although there’s little hand-holding, practice and determination really does provide tons of satisfaction.

Difficult to get used to
Not a lot of guidance

Although Session: Skate Sim is a difficult game to get used to, the joy of pulling off tricks far outweighs the frustration. It faithfully recreates skateboarding culture of the 90s, and offers tons of freedom to play however you want.

Skateboarding sim Session is going back to basics