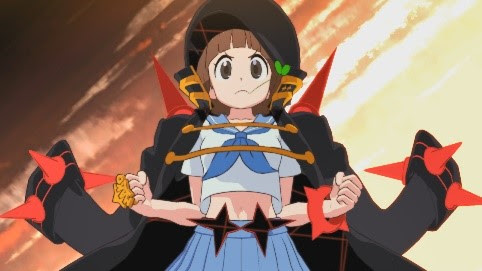 Kill la Kill – IF fans will be pleased to know that a new character has arrived today via a free update. Qube, Arc System Works and Studio TRIGGER revealed that Mako Mankanshoku is now available, complete with her 2-Star Goku Uniform.

Mako is classed more of a unique character compared to others on the roster. This is down to Mako being able to attack while rolling and having extremely fast short ranged attacks. Mako also comes with a special Tension guage. The better you do in a fight the more levelled and powerful Mako becomes.

You can check out Mako’s trailer at the bottom of this.

Kill la Kill – IF, as well as a free demo, is available for PC, PS4 and Switch.