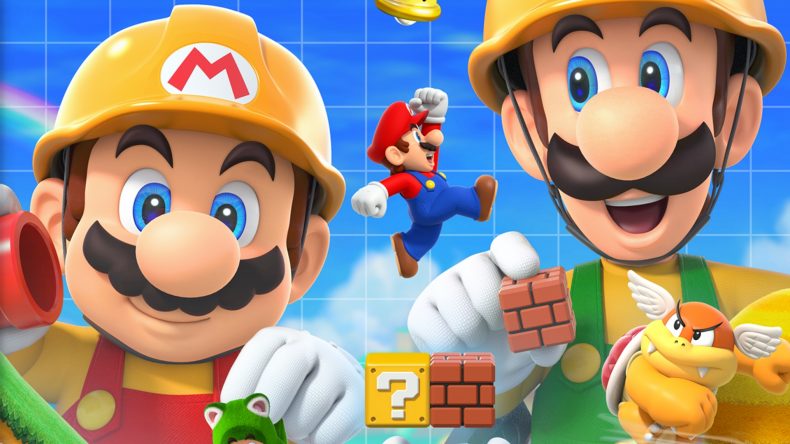 Super Mario Maker 2 is getting a free update. The update will add Link from The Legend of Zelda series as a playable character. Also included in the update are new course parts and a new game play mode.

The new Master Sword item will be available after downloading Ver. 2.0.0 update and will be available exclusively in the 8-bit Super Mario Bros. style. When this new part is picked up, Mario will transform into Link, complete with a new set of moves such as attacking with a sword, shooting arrows and dropping bombs.

Transforming Mario into Link using the Master Sword will open up a whole new world of design possibilities for creators. Using arrows, Link can shoot far-off switches that are out of reach for Mario. Also, because Link can use bombs, some walls that normally would be impassable for Mario can now be easily blown up.

In addition to Link the update will also add more course parts, enemies as well as new Ninji Speedruns mode where players can take on a timed challenge created by Nintendo exclusively for this mode. Other players’ Ninji Ghosts will run alongside players as they compete against rivals from around the world. Players can also collect stamps by clearing courses and redeem them in-game to get special Mii costumes.

Each Ninji Speedrun event will run for one week, with new courses distributed periodically. During the event, players will be ranked by their play time in that course.

The free update is available on 5 December and will include the following also:

Likes to shoot stuff and wear pretty shoes. Is a BEAST at Titanfall.
MORE LIKE THIS
linkmiinintendo switchsuper mario maker

The best 5 Zelda games, ranked from worst to best

Legend of Zelda: Breath of the Wild will see the series’ first ever DLC

Here’s all of the amiibos you can use in Zelda: Twilight Princess HD, and how they help in-game