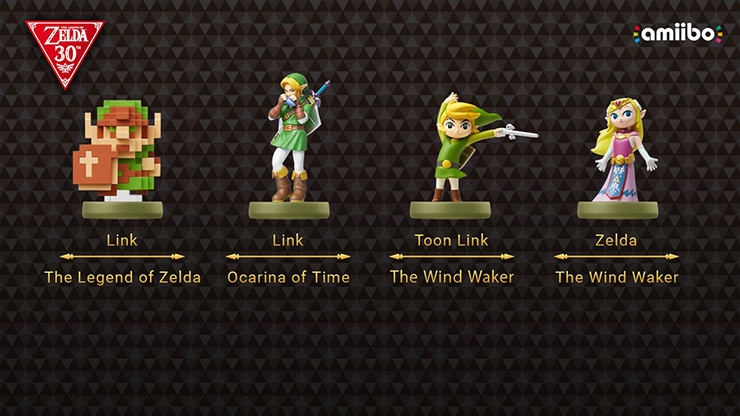 Nintendo announces various products for fans to celebrate the 30th anniversary of The Legend of Zelda this year.

Of course there are new Amiibo. There’s an 8 bit style Link, an Ocarina of Time Link, a new Toon Link and Zelda from The Wind Waker. While the Amiibo look different, they will behave like Link, Toon Link, and Zelda from the Super Smash Brothers collection. There will also be special functionality in The Legend of Zelda: Breath of the Wild for these Amiibo. These will be available in December.

Next up is something for Wii U owners. The Legend of Zelda: Skyward Sword launches for Wii on the Nintendo Wii U eShop. The original game in the franchise will be available on the Nintendo Classic Mini: Nintendo Entertainment System. that launches this November. Check out the new trailer for it below:

The Nintendo Classic Mini: Nintendo Entertainment System will launch on November 11. The new Legend of Zelda amiibo will release on December 2.