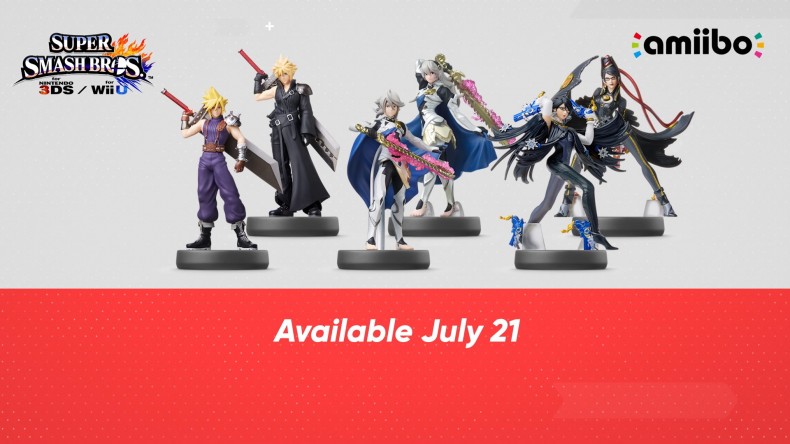 Nintendo have revealed that three long awaited Smash Bros fighters will be receiving Amiibo on July 21 and that three new Link Amiibo will release on June 23.

Six Smash Bros Amiibo will be released in total, two representing each of Corrin, Cloud and Bayonetta with differing costumes and poses.

The Legend of Zelda Amiibo, meanwhile, will round out the collection with versions of Link from Majora’s Mask, Twiight Princess and Skyward Sword.