previous
Tainted Grail is grimdark Baldur's Gate with deck-building - and it's great
random
next
BBC Click conducts interview inside the world of Watch Dogs: Legion
0 comments 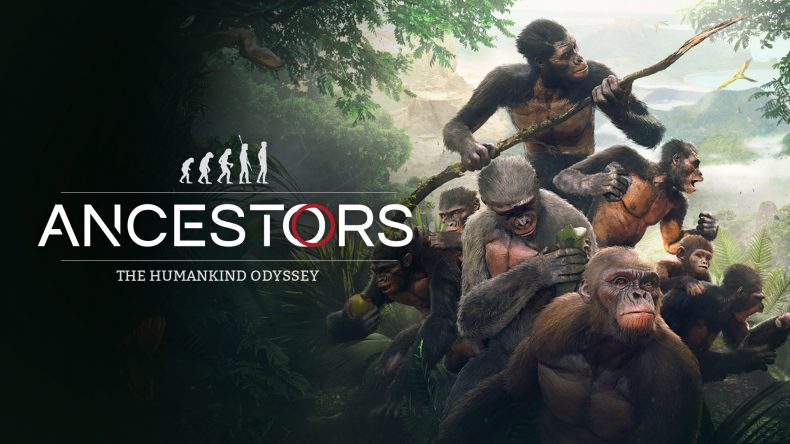 Recently, I’ve spent some time with Ancestors: A Humankind Odyssey. Reviews of the game have been lukewarm and it is easy to see why, as the moment to moment gameplay is repetitive, poorly explained and at times deliberately obtuse. It is, however, despite its very obvious flaws, a fascinating take on a survival game.

Your Odyssey begins about ten million years ago. You are one of a clan of ape-like hominids, distant relatives to modern day humans, and your task is simple enough: survive and evolve.

Most of your time will be spent exploring your local area utilising a mixture of your senses. Your sense of smell can help you to locate food sources or water, while your hearing can alert you to possible dangers, or the cries of your clan if they are in trouble. Initially you have an innate fear of everything around you, food is a mystery until you go to it, examine it to establish what type of thing it is, and then taste it. Food can provide you sustenance, but eating something that isn’t yet ripe, or that you can’t currently metabolise, will cause you a stomach upset that you can either wait out, or, by exploring the environment, find a remedy for. Everything is a process of trial and error, and it is better to just surrender yourself to that as there is a tendency (at least in my experience) to use your knowledge and understanding of how the evolutionary processes started to fast track the game before it is ready for you to do so. I think this dichotomy is one of the main issues that Ancestors suffers from. You see, I know as a human being that if I smash two rocks together I can create a tool. In real life my skill in this area will be limited, of course; however I know that this is how our ancestors began manipulating our environment to make our species so successful in the first place. In Ancestors, this tool creation is a progress marker. You will need to create them to help you explore and understand the world in more detail. For example, smashing a rock to create a tool helps you to open the hard shell of a coconut that was previously shut off to you.

Stripping a branch of its twigs will create an item that you can use as a lever to lift a heavy rock and explore what is underneath it. Using a sharpened rock on the end of your stripped branch will whittle it into a rudimentary weapon. All very straightforward, however it feels that at times the game artificially restricts your progress in these areas without ever really explaining the purpose for doing so. Each of your actions outside of your exploration using your senses has a context specific audio cue. However, this is at times so frustratingly subtle that you often don’t notice it. Smashing rocks together is absolutely what you are supposed to do, but you need precision timing in order to be successful with it. Furthermore, even if you do hit the audio cues exactly, it feels at times that the game wants you to try this process over and over until such time as you have struggled enough to succeed. I should explain that much of your progress is very much linked to a process of trial and error and you do need to ensure that you are performing tasks like this so that you can generate neuronal energy to utilise in your upgrade tree. Being able to manipulate items into the tools described does very much rely on you unlocking specific abilities, however even with these unlocked there is still very much a sense of artificially gating your progress behind some arbitrarily assigned number of failures before you get it right.

There are other issues where my knowledge and abilities hamper progress as well, one which frustrates me, but is in actuality quite amusing. You play the game in third person, and as explained, you are an ape-like creature that spends most of its time in the trees as it is the safest place to be. Traversing this aerial environment should, in theory be second nature, and yet it is not. The camera constantly works against you with it switching angles at inopportune moments and foliage obscuring your view. Most of my time with Ancestors has been spent with a broken limb of one sort or another after taking yet another tumble out of the trees. I find it intensely amusing that my dexterity as a highly evolved ancestor of this poor creature, utilising such a complex tool as my video game controller, cannot match up to that which this creature requires. Ultimately though, I think that this dissonance between what I know and am able to do, placed alongside the blank slate of the ape-like avatar that is literally learning things for the first time, is part of what makes Ancestors so fascinating to me. I don’t think the game is successful by any objective measure, but I do think it is interesting. Survival games are often about the thrill of discovery, and Ancestors is no different. “Discovery” is entirely what the game is based upon, from finding a piece of fruit, to getting sick from it, to then being able to metabolise it with no issues is entirely a process that you need to discover for yourself. I think the issue is that the artificial blocking of progress behind a set amount of attempts dulls that somewhat, and can easily be misunderstood by the player as not the correct solution for that particular problem.

I am in an odd position with Ancestors currently. There is a lot to frustrate me and put me off from playing it further, but on the other hand the idea of taking a primitive creature through various stages of evolution absolutely has me hooked. I am still very much in the early stages of that progress, still very much focused on ensuring that there is enough food and water to sustain me and my clan, as well as ensuring that there will be a next generation from which to continue, but there is something in that process that makes me want to play more. Perhaps, I need to listen to my own advice and switch off my “highly evolved brain” and get back to basics.