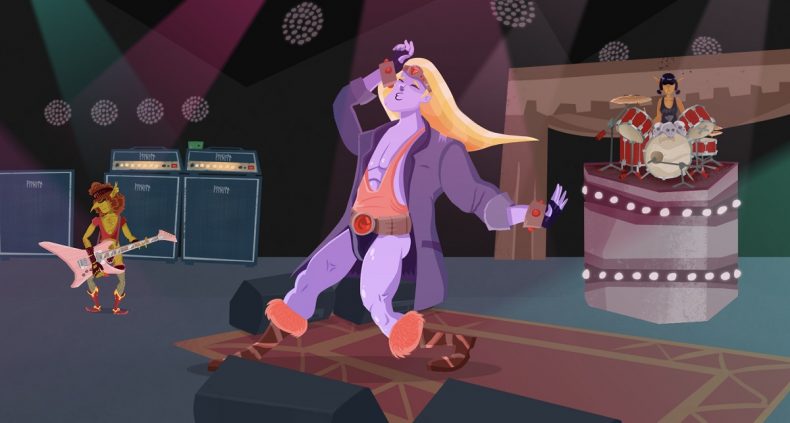 Today, Norway-based developers Perfectly Paranormal has announced their brand new game Helheim Hassle will be releasing early this year on Nintendo Switch, Xbox One, and PC (with a PS4 release to be announced). The game comes from the makers of Manuel Samuel, and features a narrative adventure about friendship and body parts.

In Helheim Hassle, you play as a viking called Bjørn who doesn’t like the idea of going to Valhalla after death. When he does in fact die, he heads to Valhalla, but is thankfully resurrected by a mysterious figure called Pesto. You’ll use Bjørn’s corpse to detach and combine limbs at will, trying to solve puzzles and play through levels to retrieve a magical item. There’re 70 quests across 14 levels, with 80 different characters to encounter, featuring bear ghosts, dragons, and blue-collar goblins, voiced by 24 professional voice actors delivering 3,700 lnes of dialogue.

“Helheim Hassle is a wacky, fun adventure – moving on from the body-puzzle mechanics of Manual Samuel. With engaging levels and lively characters, I have no doubt players will have a blast playing through this game,” said Ozan, Project Leader from Perfectly Paranormal. “It’s been a pleasure to bring to life such an exuberant shared universe.”