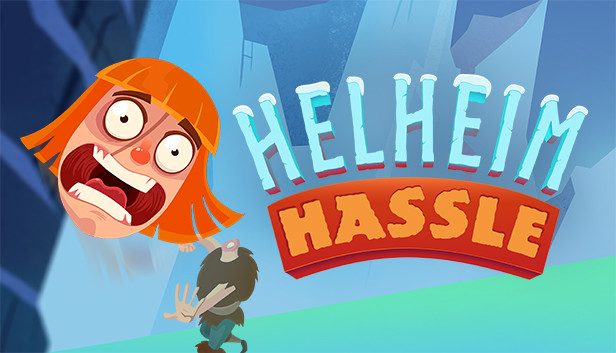 As the name suggests, Perfectly Paranormal’s latest puzzler: Helheim Hassle is heavily steeped in Norse Mythology and has appearances from Odin, other Norse gods, dragons, goblins and the like. It follows Bjørn, an unusual viking who prefers to be a pacifist rather than stab everything with a sword. The thought of going to Valhalla to spend an eternity in battles is his idea of an absolute nightmare. Unfortunately, he dies and goes to Valhalla. Enter the player where you need to guide Bjørn through multiple areas, filled with puzzles, as he attempts to make his way to Helheim (or Hel) for some peace and quiet.

This is where we find out that Helheim Hassle differs from other puzzle games with a few platforming aspects. As Bjørn is immortal, and thanks to a resurrection process not going as it should, you’re able to take apart each limb, and his head, and move them around independently to complete various puzzles. 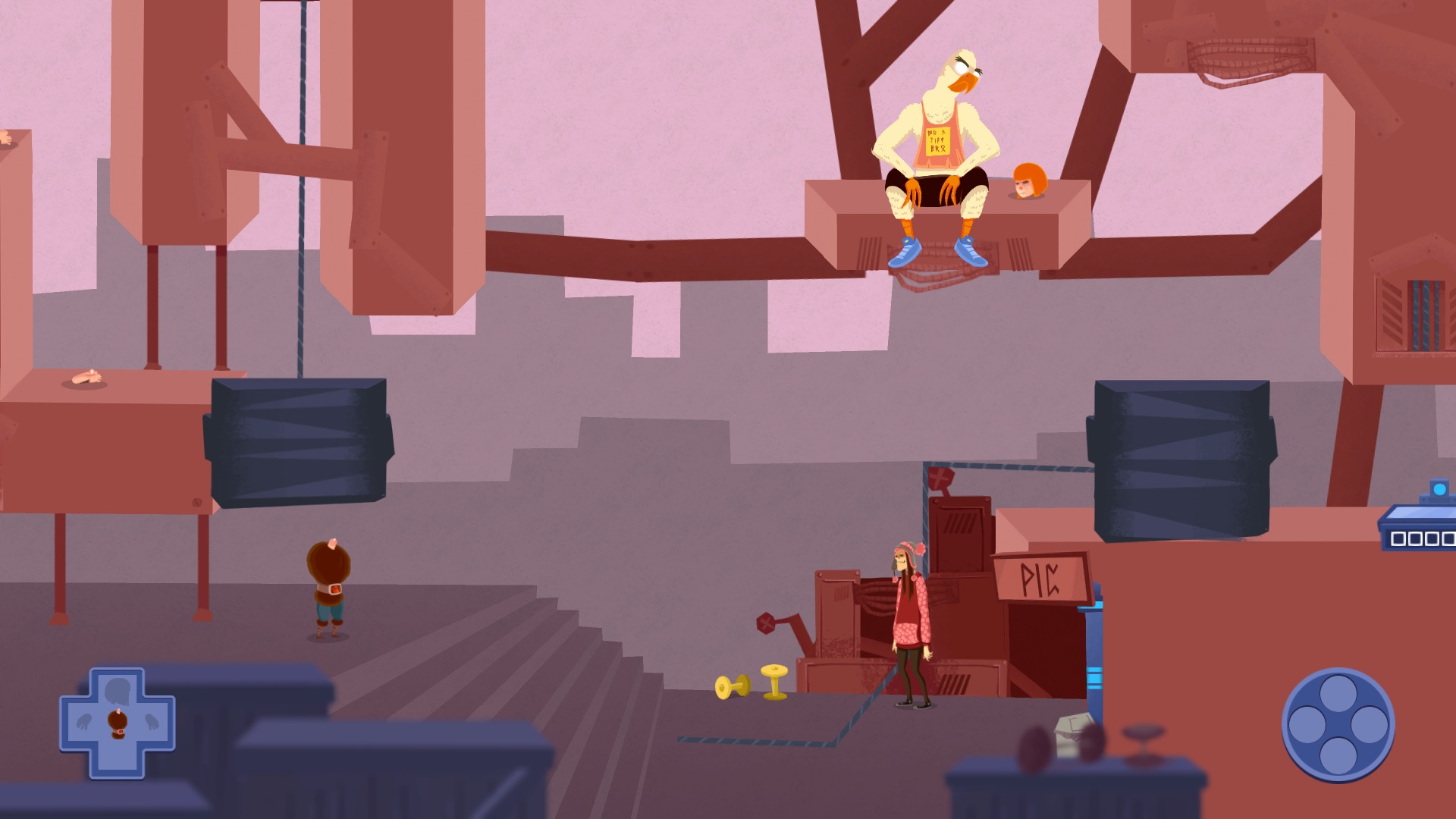 It’s a fun mechanic and you can spend a fair bit of time trying out different body combinations in an attempt to figure out what they can do together. For example, two legs means you can move faster and jump higher, but when you add a leg and arm together you’ll move a little slower but you can now climb.

At some point you come across pressure pads that will tell you which body part needs to stay on it, like your head, while others will have an empty square meaning it can be any body part. It’s at this point you’ll need to figure out which body part you might not need to complete the puzzle. It’s easy enough to figure out but you might get a curveball thrown at you and find out there’s a voice activated part at the very end and you’ve left your head at the start. Helheim Hassle is full of puzzles, so many of them optional, that you’ll be kept busy for a good while. The story puzzles will keep you occupied for around 5 hours or so but the clean up to 100% will keep you going.

Talking of the story, Bjørn is making his way to Helheim but accompanying him along the way is his skeleton pal Pesto, who works for none other than Satan. Pesto is tagging along as she needs to get to Hel to pick up a sword for Satan, as you do. The story primarily focuses on Norse mythology but as you progress you will come across “cameos” from other mythologies. 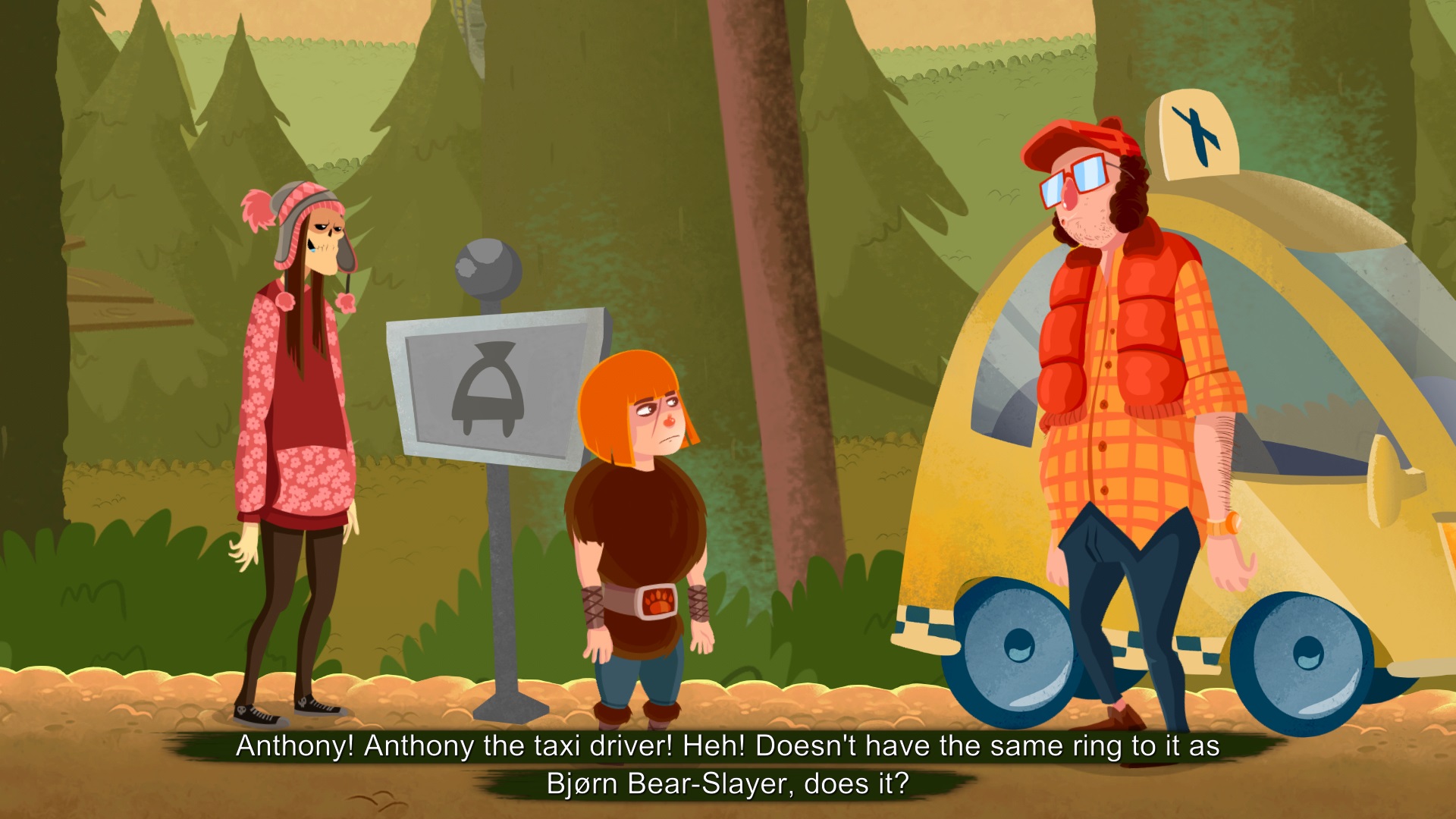 As Helheim Hassle deals mostly with Norse themes, the big man Odin himself appears, but as the antagonist. He’s portrayed as an arrogant god more than anything, and is a bit of a bam if I’m honest. I don’t want to ruin too much but he’s no Anthony Hopkins Odin that’s for sure.

The humour you’ll come across in Helheim Hassle however, is spot on. With the exception of one Draugr joke being dragged out it’s really amusing, with more references than you’ll know what to do with. The re-imaging of some mythological characters is a good laugh and even if you’re not up on your gods they work well on their own merits too.

The humour even seeps into skipped scenes. If you decide to skip a scene you’ll often get a character comment in some way about the skip. One scene in particular is where you see Odin speaking to someone, and if you choose to skip to the end and Odin is in another area with other people and he’ll mention that he’s magically made it there somehow. 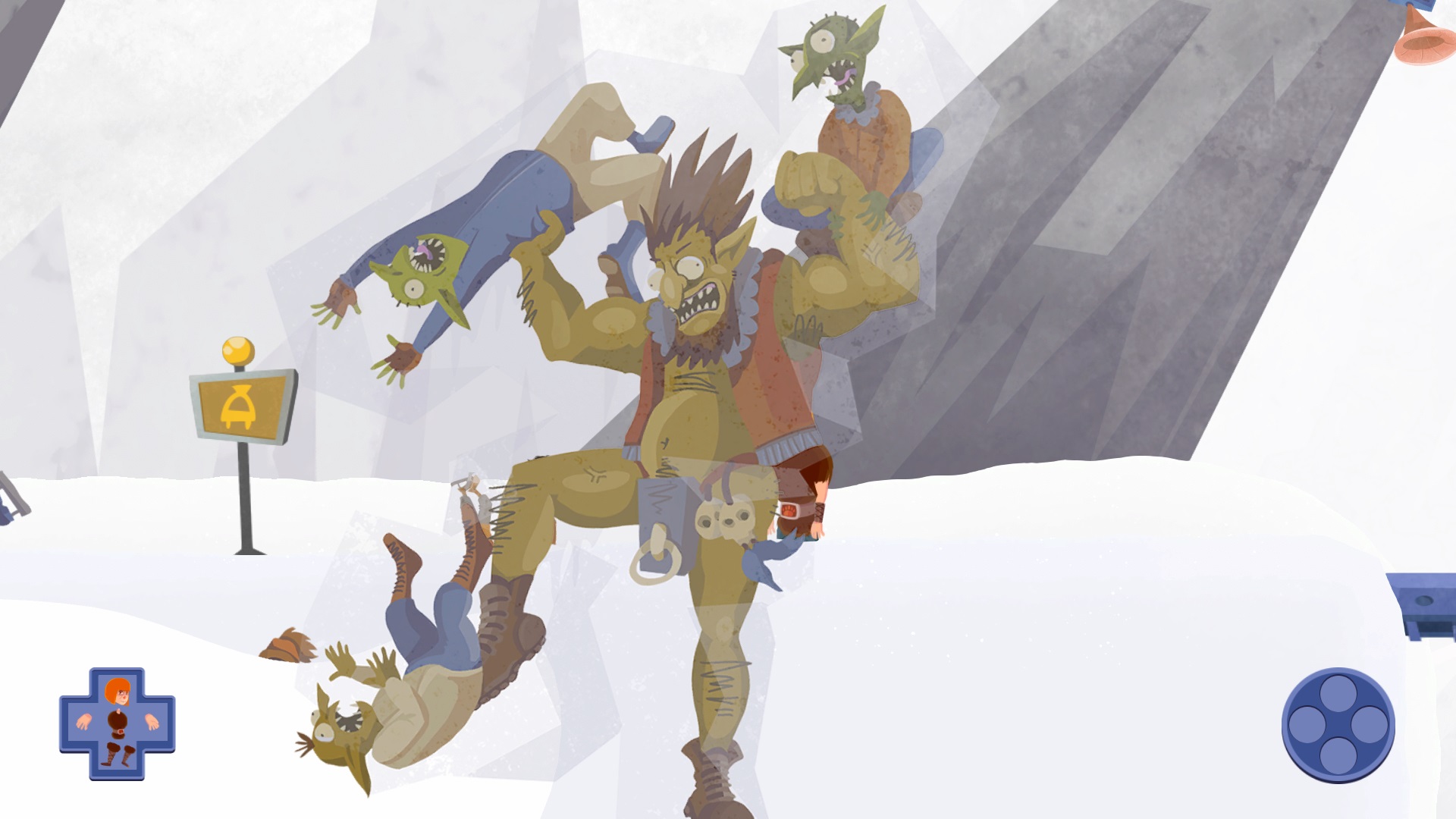 As good as everything is so far I did come across a major issue unfortunately. This only happened once and may not happen to everyone but it was still quite an issue. After about an hour’s worth of play I reached a building that I had to go into but the prompt to enter the building never appeared. I tried going back and forth from different areas to rebooting the game but nothing worked. I had to restart the game from a new save to be able to progress. Now this did only happen once, and luckily very early on, but the risk of that happening at the end game is a worry.

It’s not all bad though as I’ve mentioned the story and humour are fantastic. Add to this the amazing artwork throughout each area and you’re onto a winner. Every scene looks fantastic and you can tell a lot of work has gone into making it look that good.

I mentioned before that there is a tonne of stuff to do and post-game is no different. Throughout your journey to Hel you’ll come across characters that give you side quests and there are a lot of them, some of them are also pretty well hidden. On the plus side these are not required to finish the game but you also don’t need to finish them before the last section, as you can mop them up once the main story has been completed. 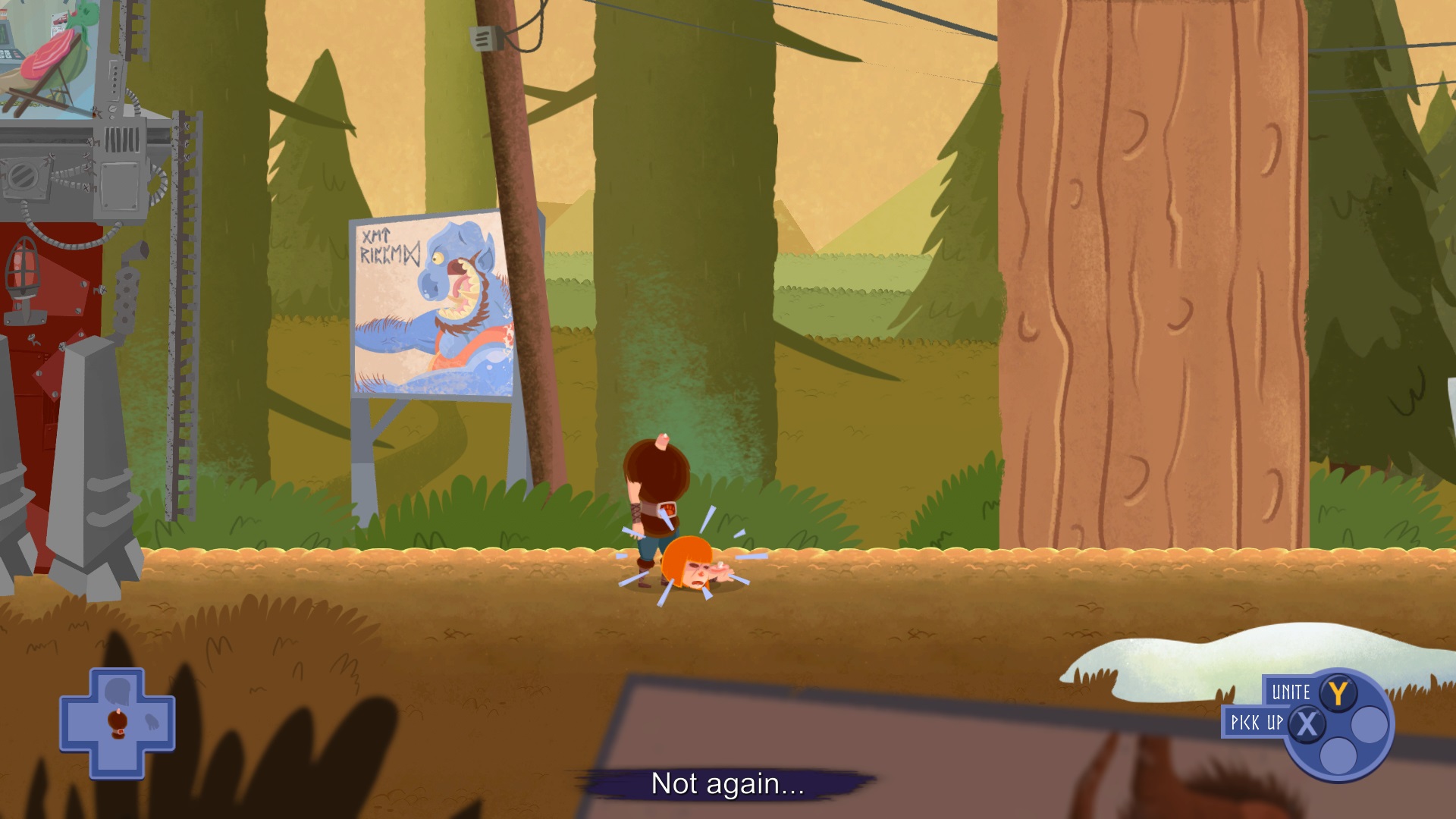 Along with these puzzles are a fair few collectibles which unlock new items and puzzles. There are 10 varieties of berries, totalling 10 of each, gold coins, soul coins and letters to try to find if you’re a fan of completing a game to its fullest. To give you a helping hand the map does show you what is left to find, and how many of each. Sometimes if the items, usually berries, chests and letters, are visible they’ll also be shown where you can find them.

If you’re looking for a puzzle game with a difference then Helheim Hassle is most absolutely worth playing. There is so much to do you’ll be hard pressed to be bored with this. If you’re a fan of Norse mythology then it’s worth having a look to see the changes that have been made to some of the more well-known Norse gods and creatures

Bug that can cause a full game restart

Helheim Hassle brings a new take to the puzzle genre with a cast of amusing characters steeped in Norse mythology but with a new look. There is so much to do in Helheim Hassle you'll be hard pressed to be bored. It’s slightly let down by a random bug that caused me to restart from the beginning but it did only happen once so is likely a rarity.