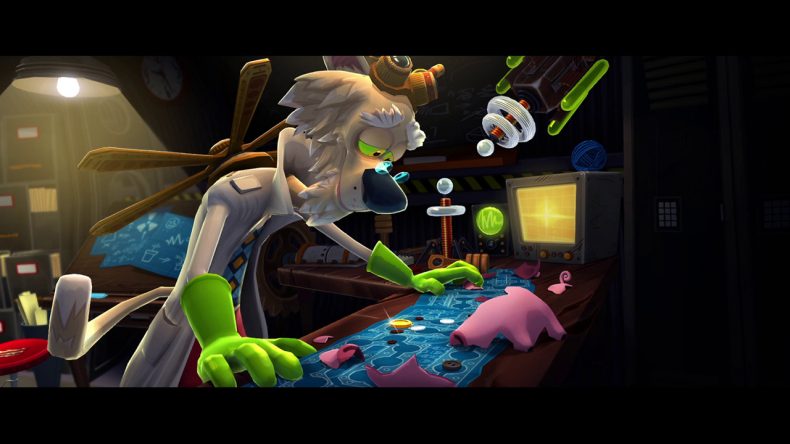 Crunching Koalas has today confirmed that their puzzler MouseCraft is coming to Nintendo Switch via the eShop on February 27, 2020. This follows the game having previously launched on PC, PS4, and PSVita. Crunching Koalas has also had a hand in bringing other titles to Switch, such as Thronebreaker, Darkwood and This War of Mine.

Check out the trailer below to see the game in action:

Also, if you needed more persuasion, check out the official blurb below. It helps outline what to expect from MouseCraft on Switch:

In MouseCraft, you help a mad cat-scientist Schrödinger carry out experiments. These involve mice, traps and tetromino blocks, to power his mysterious machine. The goal is to make sure the mice safely arrive at their cheese plate, by strategically manipulating different
types of blocks. The game puts emphasis on logical thinking and puzzle-solving skills, while simultaneously maintaining a light-hearted spirit, which makes it a perfect
fit for the Switch.

MouseCraft is out now on PC, PS4 and PSVita. It launches on Nintendo Switch on February 27, 2020.