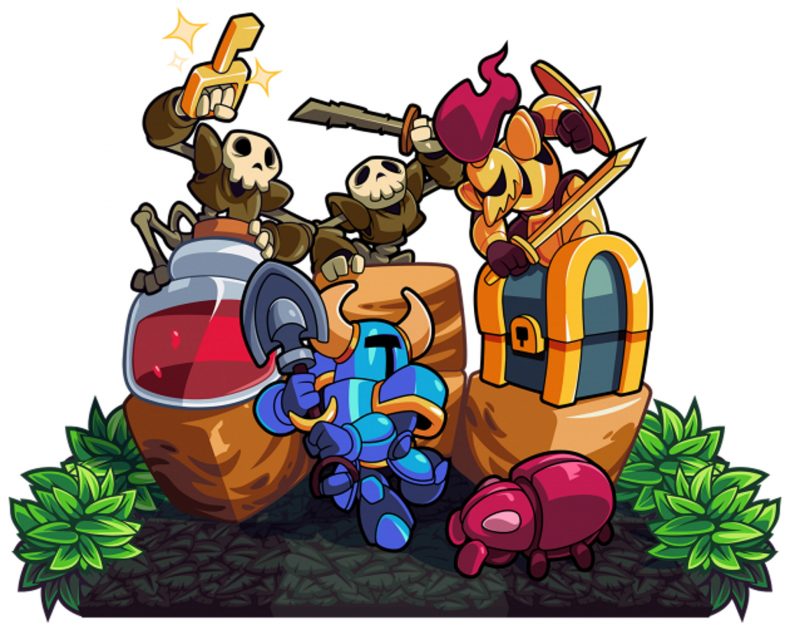 Yacht Club Games have a load of new info for everyone so buckle in and prepare yourself for this.

First up is the news that a new Shovel Knight game is on the way. Shovel Knight Pocket Gamer is a new puzzle adventure mashup, developed by VINE and Yacht Club Games. Join Puzzle Knight as you find new equipment and battle your way through bosses. Some familiar and others you’ll be meeting for the first time.

You’ll go through a story with plenty of twists, quest as some of your favourite heroes and can even challenge a friend in a fast paced head to head. Shovel Knight Pocket Dungeon is the third collaboration title, after Cyber Shadow and Shovel Knight Dig.

“Working with Yacht Club has helped us to leverage resources we wouldn’t have access to otherwise, and helped get the game in front of more people. It’s fun to add to the mythos of Shovel Knight, too.”, says Russell Rafferty, developer behind VINE and creator of Pocket Dungeon.

“By working together with great devs on new Shovel Knight games, we get many different creative perspectives and cool new designs that push the boundaries of the Shovel Knight Universe! It’s been thrilling to see Pocket Dungeon progress, and we can’t wait to see where Shovel Knight goes next.” says Sean Velasco, designer at Yacht Club Games.

Speaking of the upcoming Cyber Shadow, there’s a new story trailer for that too. Cyber Shadow takes place in a word that has been overrun by synthetic lifeforms. You play as Shadow and it’s your job to find out how this all came to be. You’ll be slashing enemies, jumping over traps and navigating through the ruins of Mekacity.

Cyber Shadow is from Aarne “MekaSkull” Hunziker and will be released on PC, PS4, Switch and Xbox One some time in Autumn 2020.

Yacht Club Games have some new games sailing your way