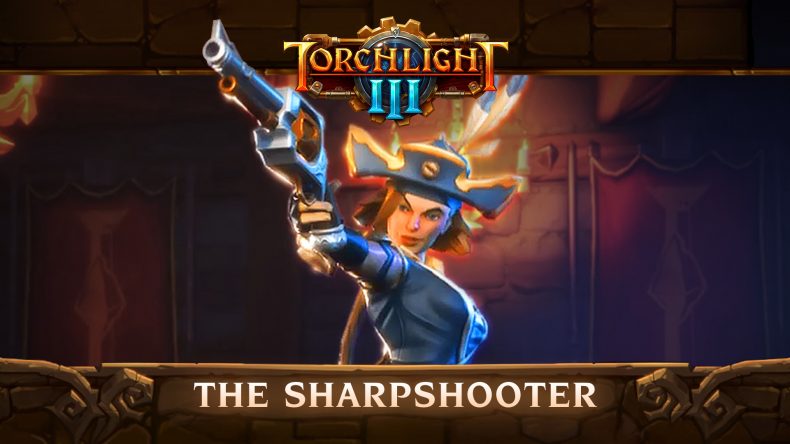 Torchlight III has had a new hero class revealed. The Sharpshooter was unveiled yesterday by Perfect World Entertainment and Echtra Games.

The new class combines precision skills with ranged weapons and magical trinkets to strike down enemies from afar. She comes equipped with a signature bow.

You can find out more about the Sharpshooter and Torchlight III via the official blog.

The new hero class is currently available in the Closed Alpha for Torchlight III on Steam, and will be available worldwide when the game officially launches on PC later this year.

Likes to shoot stuff and wear pretty shoes. Is a BEAST at Titanfall.
MORE LIKE THIS
Echtra GamesPerfect World EntertainmentTorchlight III