previous
The Marvel Knockout Super Series is coming to Fortnite this week
random
next
If Found... coming to Nintendo Switch on October 22
0 comments 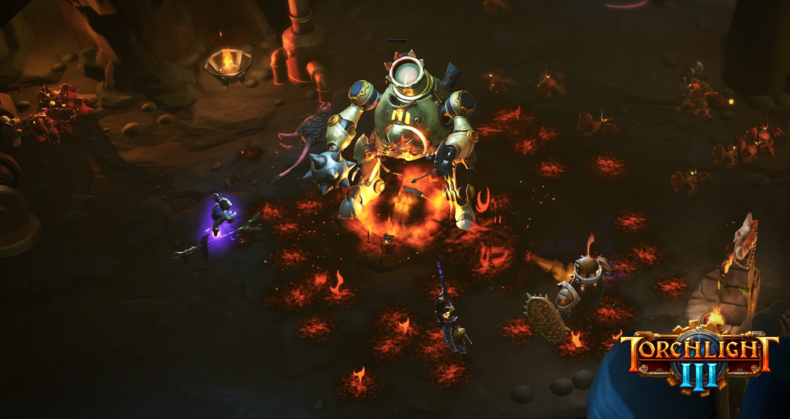 Perfect World Entertainment and Echtra Games have today announced that Torchlight III has officially launched on PS4, Xbox One, and PC via Steam. In the light-hearted and fast-paced dungeon crawler, it will bring back hack-and-slash combat and the pet sytsem, as well as an exciting new storyline and the features that will hopefully appeal to a new generation of players.

“Torchlight III has arrived, and we at Echtra are beyond ecstatic for gamers to finally join the adventure,” said Max Schaefer, CEO of Echtra Games and co-founder of the Torchlight franchise. “Development on this game has had its share of twists and turns, but we think the end result was well worth the wait. A huge thank you to the fans who have patiently stayed with us through this journey. Your support means everything. Now go jump in and have fun exploring the Frontier!”

“Echtra has created a fantastic Torchlight experience that truly represents the studio’s creativity and expertise in the action-RPG genre,” said Yoon Im, CEO of Perfect World Entertainment. “All of us at Perfect World are proud of what the studio has accomplished. We have believed and supported Max and Echtra’s vision for expanding the Torchlight universe from day one. It’s thrilling to see this new adventure come to life in a way that lights up everything fans of the franchise love about the series, while ushering in a new generation of players.”

The story of Torchlight III takes place over a hundred years since the last game, where The Dark Alchemist was defeated and the great heroes sealed the Netherlord’s heart inside the Clockwork Core. Unfortunately, the Netherim have returned, and the Ember Empire are on the edge of collapse. Searching for fame, glory, and new adventures, players must brave the frontier to become the legends the world needs them to be.

Create your hero by choosing between four classes (Dusk Mage, Forged, Railmaster, and Sharpshooter), five powerful Relics, and a pet to accompany them on their adventure. Players have plenty of options, with 20 class and Relic options at their disposal. Fans of the series will enjoy the same familiar mechanics, a gorgeous world, online four-player cooperative multiplayer and offline single-player, and the pet system. However, new unique Relic subclasses, fully customisable forts, three epic arcs, and more aim to keep the franchise feeling fresh. A detailed list of features include:

Torchlight III will also be coming to Nintendo Switch on October 22, with each version coming with an exclusive Glittersprite pet. To learn more about Torchlight III, please visit Torchlight3.com or follow us on Discord, Facebook or Twitter for the latest updates.

Video games are cool. Don't let anybody tell you any different.
MORE LIKE THIS
Echtra GamesPerfect World EntertainmentTorchlight III